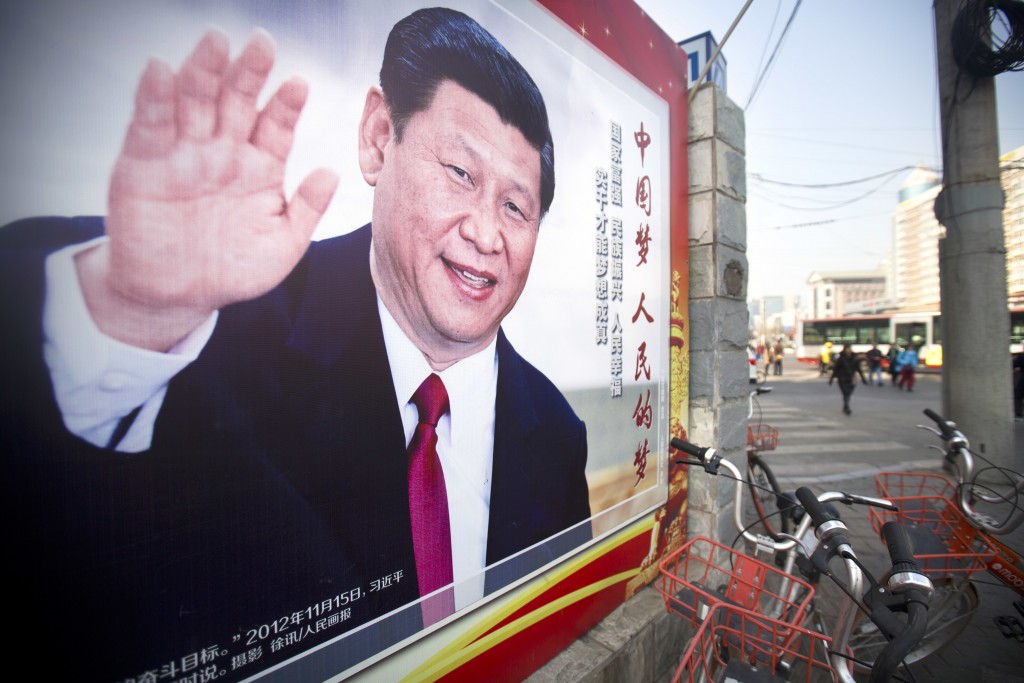 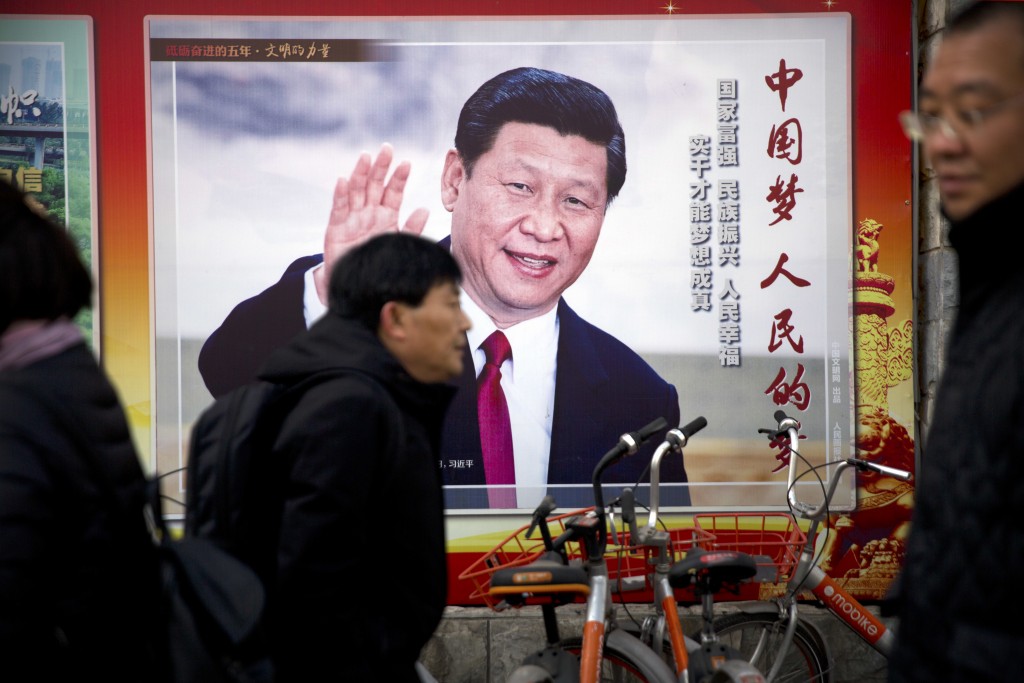 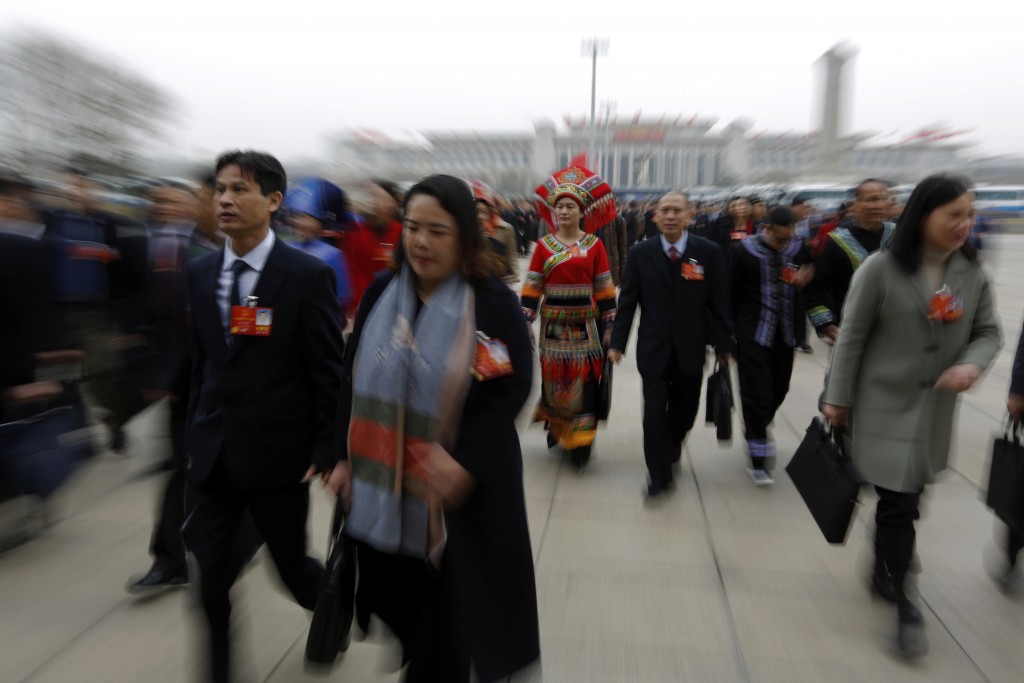 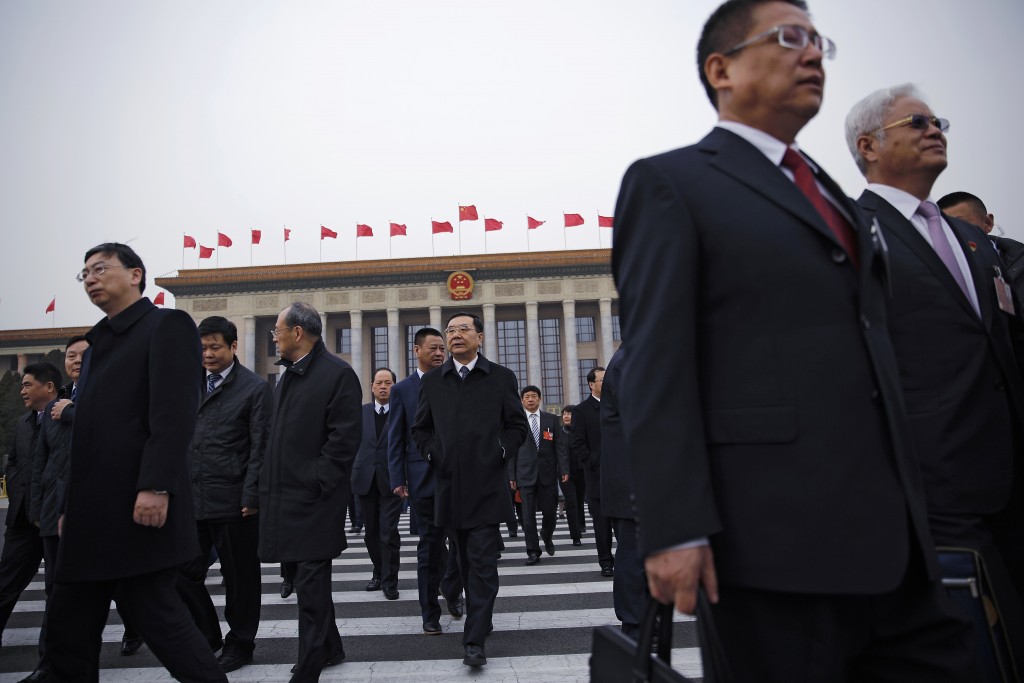 BEIJING (AP) — The prospect of Chinese President Xi Jinping ruling for an unlimited number of terms is dominating discussion as China's legislature opens its annual session Monday. The constitutional amendment to the two-term limit on the president underscores Xi's standing as China's most dominant political figure in decades.

That's aroused concerns about a return to the one-man rule of past dictators such as Mao Zedong and what that could mean for China's domestic politics and international standing, with some warning of the possibility of capricious policy making and greater political repression. The ruling Communist Party allows no public debate, although some have registered their opposition in social media posts.

A look at the term limits controversy and some of the major issues on the table at this year's meeting of the nearly 3,000-member National People's Congress:

The proposal to amend the constitution by lifting the limit of two consecutive terms for the president and vice president appeared without warning, even if few were surprised by the move. Though it's expected to pass with near-unanimous approval, it has aroused some complaints from independent political commentators and internet users posting online.

One of the most popular images was of Winnie the Pooh — to whom Xi is said to bear a resemblance — hugging a pot of honey accompanied by the quote, "Find the thing you love and stick with it." Xi had seemed to signal his intentions to stay on beyond the traditional limit of two five-year terms as president and party secretary by declining to appoint an obvious successor at last year's Communist Party congress.

While seen as offering stability in the near term, the prospect of Xi as president-for-life has many worrying about his long-term intentions and a return to one-man rule in the style of the Chinese emperors or communist China's founder, Mao Zedong. Along with reviving fears of dictatorship, greater political repression and policy making on a whim, the move undermines a decades-long push for greater institutionalization of the levers of power and strengthened rule of law. It also throws up questions about the future succession process and appears to scupper any chance for political liberalization to keep pace with China's increasingly individualistic society.

On Sunday, the spokesman for the congress, Zhang Yesui, defended the constitutional amendment as necessary to ensure the unity of Xi's three top positions as president, leader of the Communist Party and head of the Central Military Commission. The move is "conducive to uphold the authority of the (Communist Party) Central Committee with Xi Jinping at the core," Zhang said.

By setting the stage to extend his rule by a decade or more, Xi seems to indicate that he believes he's the only one fit to see out his vision of turning China into a top innovative nation by 2035 and to realize his "China Dream" of a fully modern leading nation by mid-century. He's also eager to carry forward his campaigns to end corruption and abuse through the establishment of a National Supervisory Commission, to end poverty and continue turning the People's Liberation Army into the dominant military force in Asia.

Other longer-term goals and prospects include eclipsing the U.S. as the world's largest economy and pushing it out of the Asia-Pacific power sphere, managing Hong Kong until its 50 years of semi-autonomy run out in 2047 and engineering reunification with Taiwan — either peacefully or by force.

China's embattled liberal intellectuals have universally panned the move. They've registered their opposition in brief postings on social media that have been heavily censored, comparing the situation to that of imperial China, North Korea or the Mao era. Though Xi, 64, has sidelined his opponents within the party elite, many rank-and-file members had come to believe in the institutionalized norms established during the era of reformist leader Deng Xiaoping and may find the possibility of Xi retaining a total monopoly on power for years or decades to come distasteful.

Cheng Li and Ryan McElveen of the Brookings Institution wrote that some may see the removal of term restraints as "heralding a return to an era of vicious power struggles — a zero-sum game in which they will also ruthlessly engage in the years to come." Concerns have also been raised over the high-handed manner in which the amendment is being forced through, with little sign of a firm consensus in favor. There have been rumors of opposition from within the party even before its Feb. 25 announcement, which, in a highly unorthodox move, was first made in English on a Sunday afternoon.

Xi appears intent on making the bold move on term limits with his trusted ally Wang Qishan alongside as vice president. Wang has been Xi's main enforcer in his trademark campaign against corruption, now well into its sixth year, and has helped take down potential rivals both retired and in office.

Though Wang, 69, is past standard retirement age and stepped down from the all-powerful Politburo Standing Committee last year, he retained his seat as a member of the National People's Congress and stands to transform the traditionally ceremonial role of vice president. That will further consolidate Xi's authority against Premier Li Keqiang and allies of former leaders Hu Jintao and Jiang Zemin, and shake up the status quo by which real power at the center derives almost exclusively from the Standing Committee.

Along with the vice president, the congress will appoint a slew of Cabinet ministers and other top officials to oversee the running of the world's most populous nation and second-largest economy. Among their key challenges is an economy whose growth slowed to 6.8 percent last year, the loss of some 2 million jobs in the public sector, widespread environmental degradation and trade frictions with key partners the U.S. and EU.

Having launched bold initiatives such as the Asian Infrastructure Investment Bank and the Belt and Road initiative, China is now charged with maintaining that momentum in the face of doubts from the West and some reluctance on the part of participants.

Along with China's growing international status, foreign relations weigh ever more heavily on proceedings at the congress. China's fraught relations with North Korea, its dispute with South Korea over missile defense and perennial sparring with the U.S. over trade and regional security are among the hot-button issues likely to be raised at the foreign minister's news conference held over the course of the congress.

Beijing has also been put on the defensive over accusations that it is meddling in the affairs of other nations to squelch critical views of China and control the affairs of overseas Chinese communities. Xi's intention to rule indefinitely will "enhance fear of the 'China threat,'" Chinese law expert Gerome Cohen wrote in a blog posting for the Council for Foreign Relations. Xi's "ever greater repression will make people think of Stalin's decades-long centralization of power," Cohen wrote.