Taipei, March 3 (CNA) The Presidential Office said Saturday that it will host a social innovation hackathon, starting March 5, in a bid to seek solutions to societal problems through the use of open data in Taiwan.
Registration for the nationwide "President's Cup Social Innovation Hackathon" will open Monday, Presidential Office spokesman Sidney Lin said, making the announcement on International Open Data Day.
The purpose of the hackathon is to figure out how best to use open data made available by the government to solve major societal issues, Lin said.
The issues targeted are disaster prevention, public health, youth employment, the aging population, a social welfare network, the environment, energy, transportation and tourism, according to Ambassador-at-Large Chen Jen-ran.
The hackathon actually reflects President Tsai Ing-wen's prioritization of social innovation, said Chen, an independent director on Chunghwa Telecom's board of directors and one of the main planners of the event.
Registration and initial proposals will be accepted March 5-23, after which 20 teams will be chosen to build on their ideas and carry out a live demonstration, he said.
Two more reviews will take place to narrow the field from 20 to 10, then five finalist teams will present their ideas to President Tsai on June 2, after which a winner will be chosen, Chen said.
There are no limits on age, background or number of participants per group, he said. Further details are available on the Chinese-language website https://presidential-hackathon.iii.org.tw/ (By Chen Cheng-wei and Kuan-lin Liu) 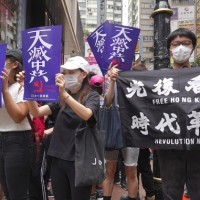