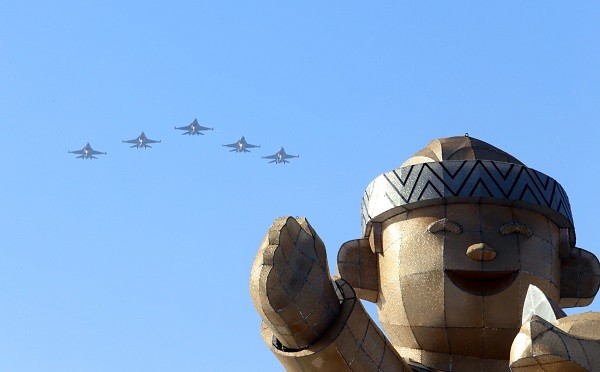 TAIPEI (Taiwan News) – On March 1, and March 2, at the 2018 Taiwan Lantern Festival being held in Chiayi, in southern Taiwan, guests witnessed a spectacular aerial display by five F-16 fighter jets showcased by Taiwan’s air force for the special occasion.

President Tsai Ing-wen was also present to for one of the shows on March 2 which occurred at 4:45 pm. The inclusion of F-16 fighter jets marks the first time the aircraft have ever been part of the national lantern festival.

This is also the first year that the national lantern festival has ever been held outside of northern Taiwan. The five fighter jets delighted the crowd with their roaring engines and a seamless flying V formation at 1000 feet.

The show on the evening of March 1 was especially exciting as spectators viewed the low flying formation against the dark sky, reminding many of UFO lights they may have seen in films or on TV.

The jets took off from nearby Chiayi air force base for the aerial show after the Ministry of National Defense authorized the performance, according to SETN.

Video from the afternoon performance was uploaded to youtube by a spectator and can be viewed below. 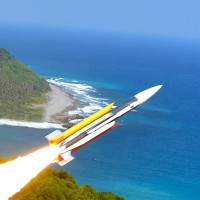 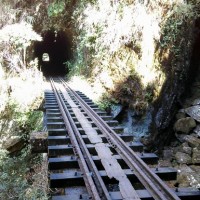