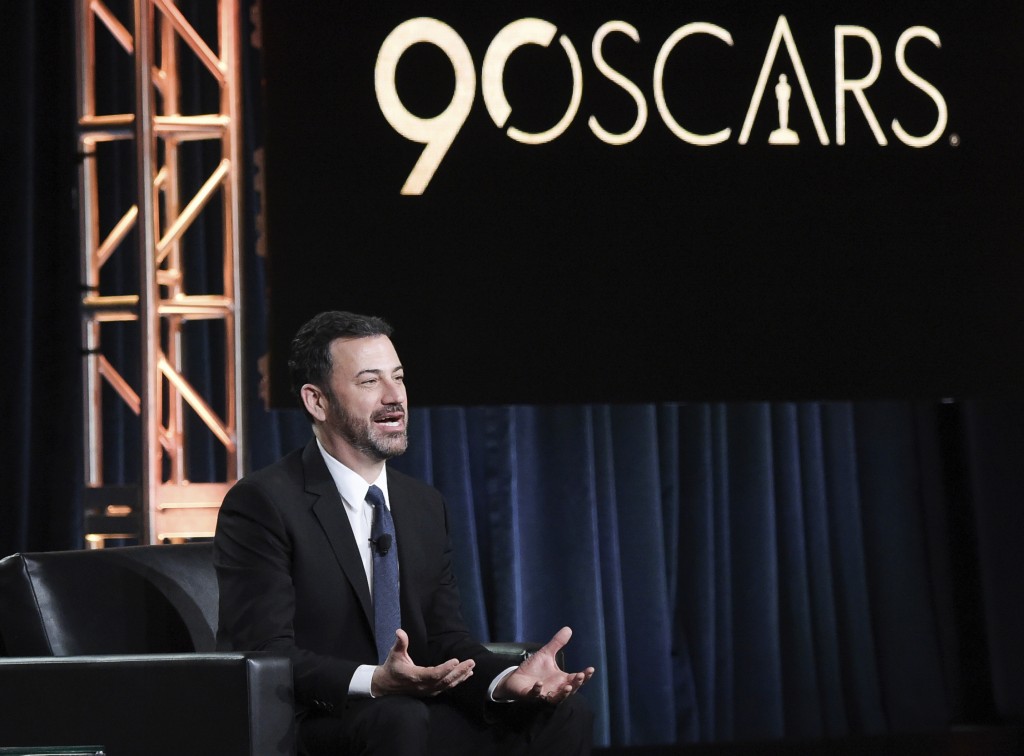 LOS ANGELES (AP) — Jimmy Kimmel is coming into his second year as Oscar host with the confidence of knowing he had nothing to do with last year's historic envelope malfunction.

"That part of the show is one I have no influence over whatsoever," he said, "and I'm very glad I don't."

The 50-year-old entertainer talked with The Associated Press about his plans for what he can control at Sunday's show.

AP: So which category is going to have the wrong envelope this year?

Kimmel: This year, we're going to plant the wrong envelope in a number of categories, just to keep people on their toes. And then we'll be going into the crowd and pulling Oscars from people.

Kimmel: The biggest thing I learned from last year, besides the whole don't-have-multiple-envelopes thing — and maybe color-coding might be an idea? ...That's all I learned, really. You get experience when you do something like this. I hosted the Emmys, and it went fine. And I hosted it again, and it went much better. And I hosted the Oscars last year, and I feel like it went very well. And I feel like now I have some experience and I know how the crowd reacts — because you do have to get a feel for an audience — and I think I have a better handle on what will work and what won't work.

AP: It's been a tough year in this country, and for you personally. How will you strike the right tone?

Kimmel: All I hope to accomplish is, well, two things: I want to make people laugh, and I want to appropriately honor the people who have been dreaming of this night for their whole lives, and let them enjoy it, and let them say what they want to say. If they have something they want to share, I hope they do share it. There are many, many worthy subjects to discuss on the show.

AP: From talking about mass shootings to your son's health challenges, you've really shown who you are on your talk show. How much of that will you bring to the Oscars?

Kimmel: I always try to be sincere. I do have a philosophy, and that's: don't say something if you don't believe it... I just try to be sincere, even when I'm joking. And I'm there to do jokes for the most part. But if there's a moment where I ...have something serious to share, then I will. I also think that we're going to give the presenters and the winners the opportunity to do that as well. I have to remember every day that it's not about me; it's about the people who are there to win the awards.

AP: In your wildest dreams, how do you hope people will remember the night?

Kimmel: I just hope people will go, 'That was a great show all the way through, from the beginning to the end. It was funny. It moved.' I don't want to see people cracking their necks. If I see that, I'll know I've failed.