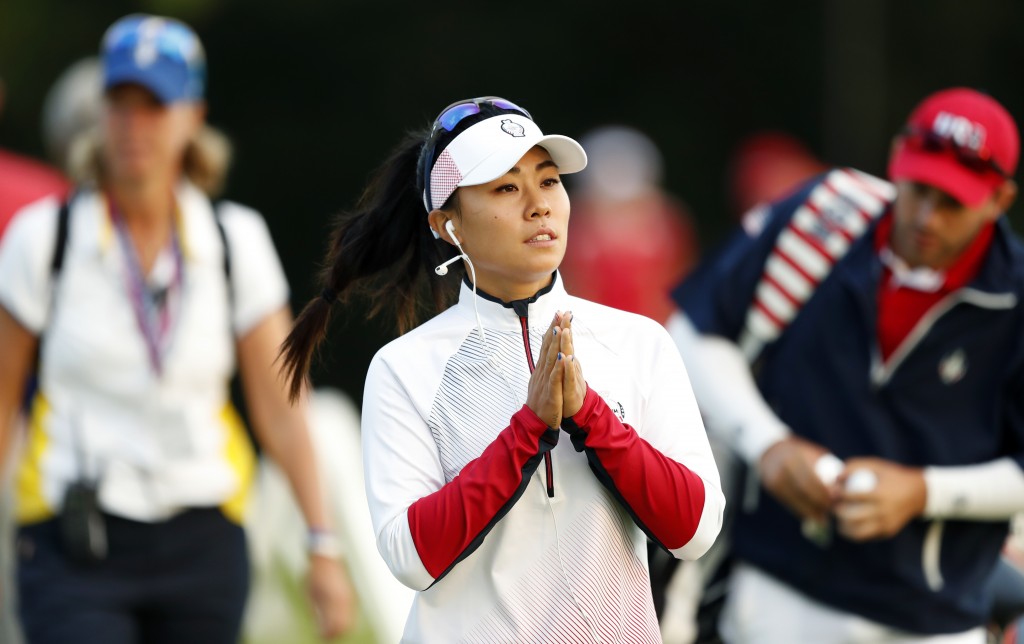 Danielle Kang recovered from a bizarre mishap that left her nursing a broken tooth to be among the leaders on the opening day of the LPGA Singapore tournament on Thursday.

The reigning Women's PGA Championship champion, Kang said she fell asleep while exercising ahead of her opening round, and woke up feeling pain in her mouth.

"I broke my tooth. I fell asleep during stretching. I don't know what's going on," the American said. "I was stretching out on the floor and next thing I know, I slept 30 minutes.

"I broke a tooth. Call the dentist on range. It's all good."

Despite the distraction, the 25-year-old from San Francisco was composed when she got out on the course, shooting a bogey-free 4-under 68.

She birdied the second and eighth holes to go out in 34, then made back-to-back birdies starting on the 14th, Including a birdie on the par-3 15th.

"It was a very solid round overall today. Had a little drama this morning but had a bogey-free day and it felt like easy golf, which that's what you want every day," she said.

"I definitely want to be in the winner's circle again. I got a little taste of it, so I want more, obviously," Kang said "So definitely a good start to the season. Playing more consistent."