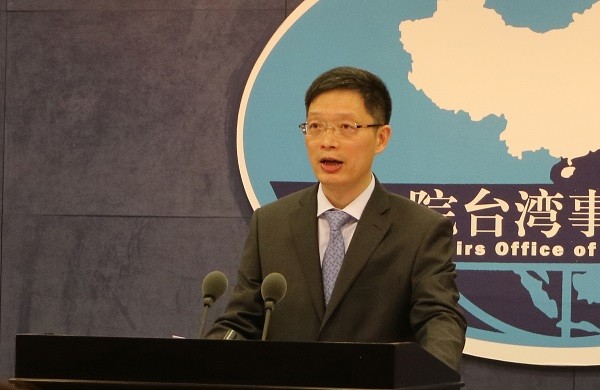 TAIPEI (Taiwan News) – In a move to promote more amicable ties between Taiwan and China, on Feb. 28 the Chinese Taiwan Affairs Office (TAO) announced that Beijing would be opening up more opportunities for Taiwanese living in China.

TAO spokesman An Fengshan (安峰山) announced the 31 initiatives have been approved specifically for Taiwanese citizens who are working, studying, investing or living in China. The 31 items have been designated the“Favorable measures for Taiwanese”(惠台措施).

The incentives are intended to promote equality of opportunity for Taiwanese people to “share in the benefits of China’s economic development.”

The new measures will allow Taiwanese citizens to make bids on government contracts, as well as participate in key infrastructure and development initiatives including the One Belt One Road Initiative.

According to the Liberty Times, Beijing has also reportedly relaxed restrictions on cross-strait cooperation in media, including in television and publication, supposedly making it easier for Taiwanese people in China to participate in the state regulated media industries.

Another report from Liberty Times notes that the 31 measures are intended to use economic incentives to persuade Taiwanese to support the government of Beijing, and at the same time siphon talented working professionals and investment away from Taiwan to China.