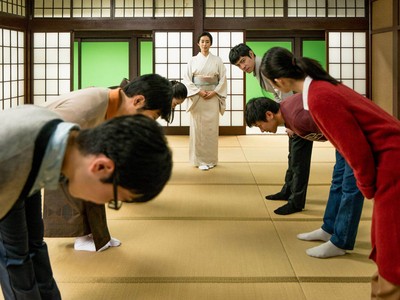 TAIPEI (CNA) -- A Taiwan-Japan movie Omotenashi was selected Wednesday as one of the two films to open the Hong Kong International Film Festival, which will run from March 19 to April 5.

Omotenashi, a Taiwan-Japan co-production, directed by Jay Chen (陳鈺杰) and co-starring by Taiwan's Wang Po-chieh (王柏傑) and Japan's Rena Tanaka and Kimiko Yo, tells the story of an encounter between two families at an old hot spring hotel by Biwa Lake in Japan.

About 90 percent of the movie was filmed in Kansai, Japan.

Chen said he was delighted the film was selected to open this year's Hong Kong International Film Festival, especially for the cast because their hard work and great acting will finally be shared with the public.

Chen especially praised the performance of Wang and Tanaka.

Because the story was set mainly in Osaka and Kyoto, Wang had to speak a lot of English and Tanaka a lot of Chinese in the film, which the director said required a lot of practice.

Wang, who plays an America born Chinese in the film, said he attended English class every day and asked his English teacher to help him read the script in English word by word.

"I also observed how American people speak and walk. It was just like learning etiquette so I could convincingly play an ABC," he said.

Meanwhile, the other film selected to open the Hong Kong film festival is also a Taiwanese movie, Xiao Mei, a feature directed by Maren Huang (黃榮昇). It was previously selected for the Panorama section of the 2018 Berlin International Festival which ended on Feb.25.