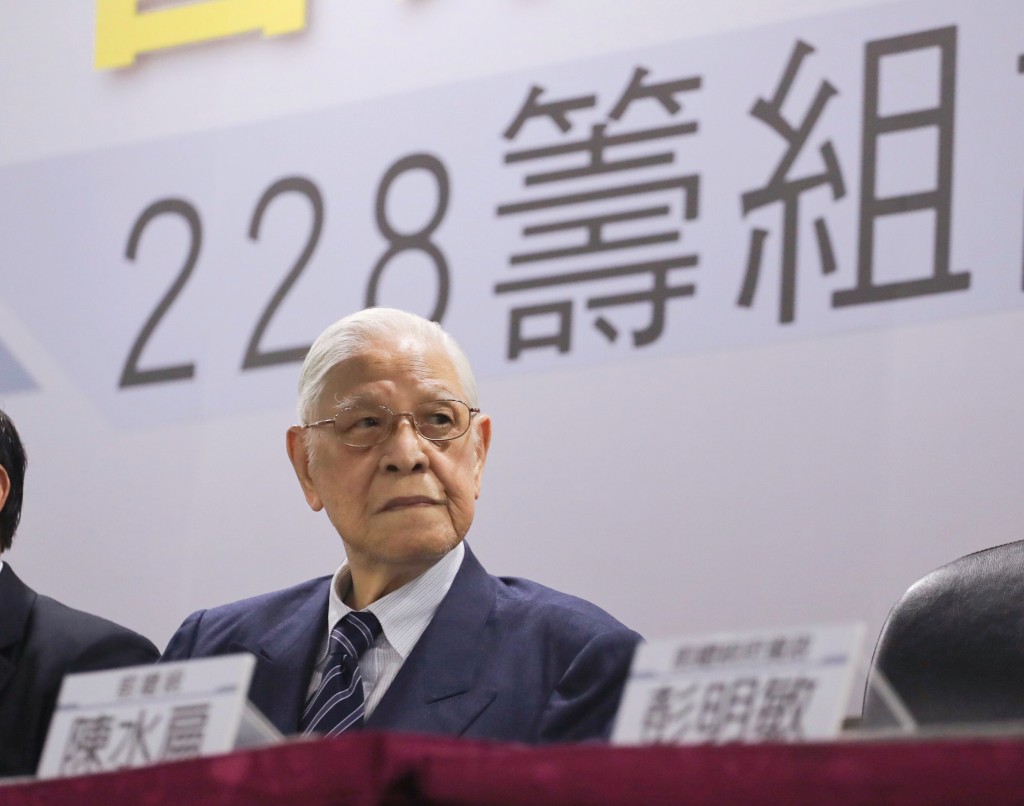 TAIPEI (CNA) -- Former presidents Lee Teng-hui and Chen Shui-bian voiced their support on Wednesday for an initiative to hold a referendum in April 2019 on Taiwan independence.

"I attended the press conference today as a concrete action to show my support for the referendum," Lee said to hundreds of pro-Taiwan independence supporters at a kick-off event for the campaign.

Lee said a referendum is the "most powerful weapon" with which the people of Taiwan can set up the country as a "normal country" with the official name of "Taiwan" under a new constitution.

The country can also apply to join international organizations and present itself in the world "under the name 'Taiwan,'" Lee said.

Taiwan, whose official name is the "Republic of China," is formally recognized by only 20 countries around the world and has been blocked from membership in the United Nations and other global organizations because of obstruction from China, which sees Taiwan as part of its territory.

In a pre-recorded video, Chen, who is on medical parole from a 20-year jail term for corruption, said Taiwan must exert its rights of self-determination to determine the future of the country, including the nation's name, its participation in the United Nations, and a declaration of independence.

"Taiwan is our country, not China's," Chen said. "We have to use our right to vote to show the world Taiwan's will and determination that the country will never concede to the control of Communist Party of China," he said.

The campaign to call a referendum on Taiwan independence on April 6, 2019, was launched by Formosa TV (FTV) Chairman Kuo Bei-hong.

Referendums in the past have been held in conjunction with major elections to maximize participation, but the target date for the independence referendum was chosen for more symbolic reasons, the groups said.

The date of April 6, 2019, was selected to mark the 30th anniversary of the death of Deng Nan-jung, a Taiwan independence and democracy advocate who self-immolated on April 7, 1989 in defense of "100 percent freedom of expression."

But holding such a referendum envisioned faces a major hurdle.

Though Taiwan's Referendum Act was amended in December 2017 to allow lower thresholds for initiating and passing referendum questions, questions related to constitutional issues, including sovereignty issues, still cannot be decided through referendums.

Independence referendum advocates at Wednesday's press conference called on the Democratic Progressive Party administration to amend the Referendum Act to allow for sovereignty issues to be put to a popular vote.