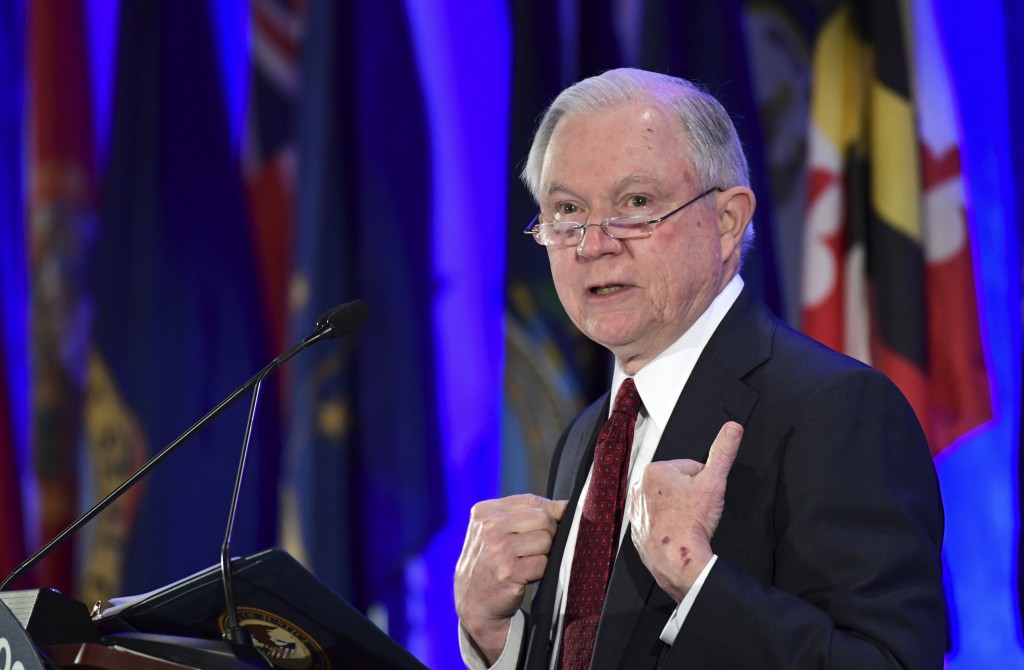 WASHINGTON (AP) — The Justice Department says it will support local officials in hundreds of lawsuits against manufacturers and distributors of powerful opioid painkillers.

Attorney General Jeff Sessions made the announcement Tuesday. He says it's the first action by a newly formed task force that aims to more aggressively target drug makers and distributors of the medications that are fueling the nation's drug abuse epidemic.

The Trump administration has said it is focusing intensely on fighting opioid addiction. Critics say its efforts fall far short of what is needed.

The Justice Department hopes to collect on any settlement payout that comes from the lawsuits. Sessions says the federal government has borne substantial costs as a result of the drug crisis, which claimed more than 64,000 lives in 2016.