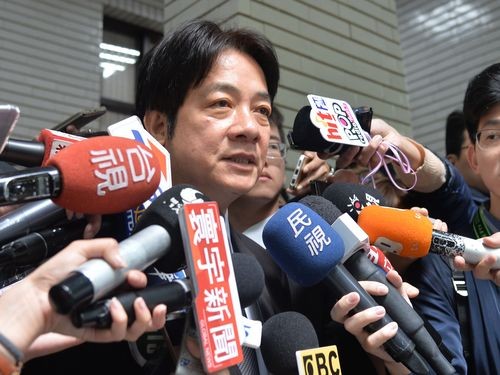 Taipei, Feb. 27 (CNA) The Cabinet has decided to postpone its processing of a military pension reform bill, Premier Lai Ching-te (賴清德) said Tuesday in the wake of an incident at a public protest that left a retired colonel seriously injured.

Lai, however, said the decision was made several days ago, before the protest took place.

Following discussions with the Democratic Progressive Party (DPP) legislative caucus, it was decided that the bill would not be put on the Cabinet's agenda on Thursday as planned, since there were still issues to be resolved, he explained.

The military pension reform bill has now been shelved for an indefinite period as the Cabinet continues to discuss the matter with the Legislature, the Veterans Affairs Council and members of the society, said Lai, who was also forced to postpone the delivery of his policy address to the Legislature earlier in the day due to public protests against the bill.

In protest against the draft military pension reform bill, dozens of people stormed the Legislature at around 6 a.m., before the opening of the new legislative session in which Lai was scheduled to deliver his policy address and take questions from lawmakers on the floor.

During the protest action, a retired colonel suffered major injuries when he fell as he was trying to climb a wall in the legislative complex.

Miao Te-sheng (繆德生), 62, hit his head on the ground as he fell and suffered out-of-hospital cardiac arrest.

He was rushed to National Taiwan University Hospital at 7:19 a.m., and the hospital later confirmed that he was resuscitated at 8:30 a.m.

Other demonstrators outside the Legislature clashed with police, as the protesters berated the government for what they said was its backtracking on a promise to run the military pension reform plan by them before submitting it for review.

Some expressed concern that the government would also renege on a proposed monthly military pension floor of NT$38,990 (US$1,330) and would drop it to the NT$32,160 put forward for retired civil servants and teachers.

Commenting on the issue, President Tsai Ing-wen (蔡英文) expressed concern about the injured protesters and said she remained committed to protecting the benefits of retired servicemen and women.

She said the government is well aware of the unique nature of the military's service to the country and will come up with a fitting and sustainable pension plan that will safeguard the rights of retired military personnel.

The government will seek to fix the military pension floor at a reasonable level, within the limits of the country's finances, Tsai said.

Meanwhile, Defense Minister Yen Teh-fa (嚴德發) said retired military personnel should be entitled to a higher minimum monthly pension in consideration of the special nature of their work and the risks involved.

Both Yen and Tsai said, however, that the government's military pension reform bill was modeled partly on systems in other countries and was drafted based on lengthy discussions over a long period of time.

After the protest, retired Lieutenant General Wu Sz-huai (吳斯懷) told reporters that the demonstrators' main demand at this time is for the government to slow down the reform process so that it can hold more extensive discussions with retired military groups.

Legislative Secretary General Lin Jih-jia (林志嘉), who accepted a protesters' petition on behalf of Speaker Su Jia-chyuan (蘇嘉全), said the Legislature will do all it can to continue the discussions on the matter and find a rational solution that will be acceptable to everyone.

The military pension reform bill was listed as one of the government's top priorities in the new legislative session that opened Tuesday. 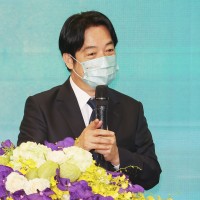 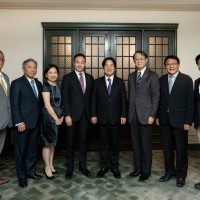 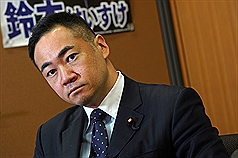 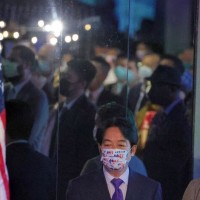