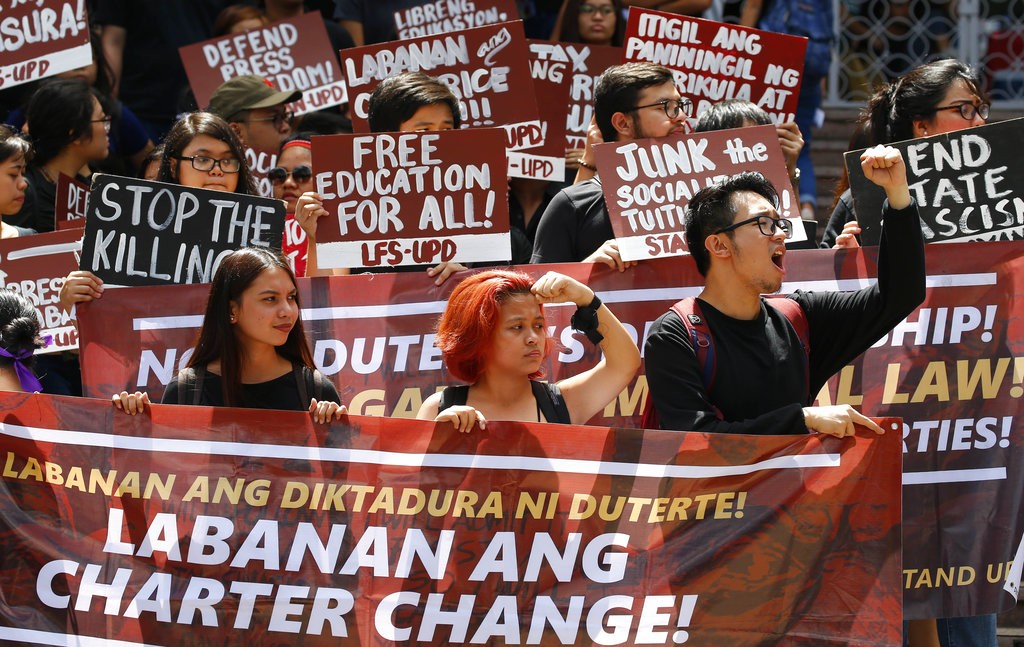 TAIPEI (Taiwan News) – Thousands took to the streets of Manila to mark the 32nd anniversary of People Power revolution of 1986 and protested Philippines President Rodrigo Duterte's push to amend the 1987 Constitution and the ongoing deadly drug war.

The protesters commemorated the revolution of 1986, when Filipinos toppled former Philippines President Ferdinand Marcos, who ruled the country as a dictator from 1972 to 1986. Starting from Saturday, and led by Catholic groups, the event was said to have drawn thousands during the past few days to express their worries over Duterte’s drug war.

Other women's organizations also joined the gathering, including Gabriela, Voices of Women, Peace on EDSA and others, calling an end to killings in the drug war.

Antonio Trillanes, an opposition lawmaker said that more than 20,000 people may have lost their lives during the drug war between July 1, 2016 and Nov. 27, 2017, while the Duterte administration's own report records only 3,967 during the same period of time.

Besides, carrying banners and shouting slogans, students in Metro Manila and other parts of the country staged a walkout which started last Friday, according to a CNN report. Manila police estimated their number at 200, while the protesters said there were more than 1,500.

In November of 2016, Duterte, who has openly idolized Ferdinand Marcos, ordered a hero's burial for Marcos, despite protests. Duterte was absent from Sunday's commemoration as he was last year, leaving only a media statement calling for unity and solidarity, according to report.