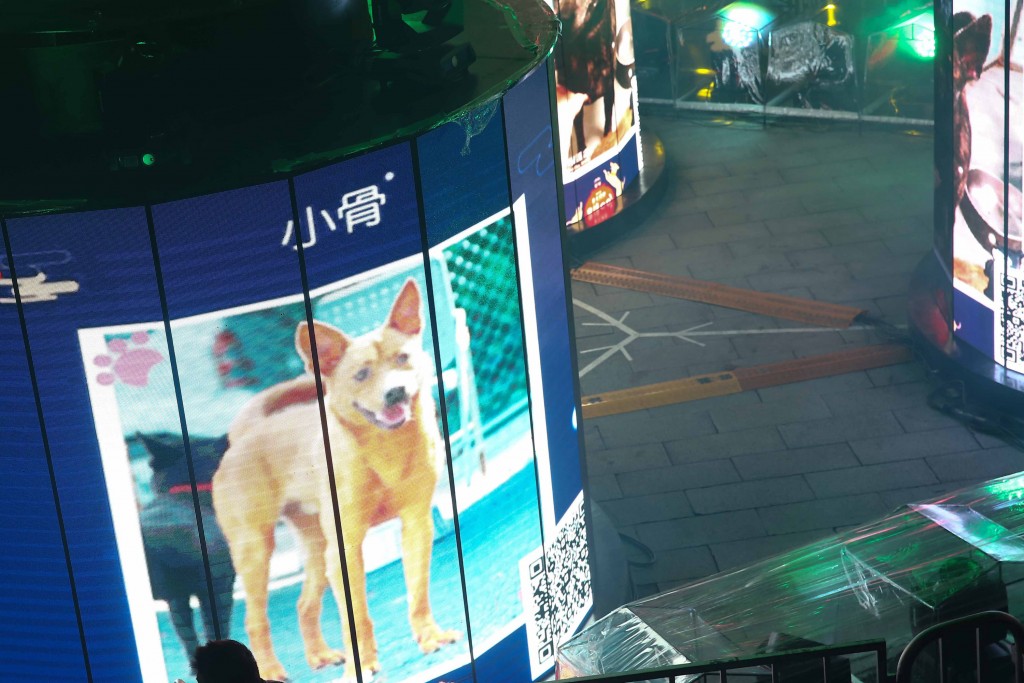 Taipei, Feb. 24 (CNA) The 2018 Taipei Lantern Festival will kick off at 5 p.m. Saturday, and will feature a wide array of lantern displays and activities, including one that encourages stray dog adoption as this is the Year of the Dog on the Chinese zodiac.
At the bottom of the main lantern covered with an LED screen, there will be projections of stray dogs kept by the city's animal shelter, according to the Taipei City government.
A QR code will appear along with the dog's picture on the screen so that people who are interested in the canine can scan the code and get the dog's information immediately, it said.
The main lantern, "Magical Dogs," is located in the bustling Ximending area and consists of three light displays of Taiwanese dogs standing in a circle, representing Taiwan's spirit and the cultural heritage passed down from generations, said its designer Mori Chen.
The other major lantern display area is around the historic Beimen building, where visitors will find a cauldron used in the 2017 Summer Universiade held in Taipei.
The cauldron is 7 meters high and 6.2 meters wide, and will be displayed along with music and light shows every day at 6:30 p.m., 7:30 p.m., 8:30 p.m., and 9:22 p.m. until the festival closes on March 4.
The highlight of the festival will fall between 7:30 p.m. and 9 p.m. on March 3, according to the organizers. During that time, participants will be invited to join a street parade near Beimen and form a giant dog-shaped circle at 8:20 p.m. to pray for good fortune.
For more information about the show, go to https://2018.lanternfestival.taipei/en/ (By Lee Hsin-Yin)