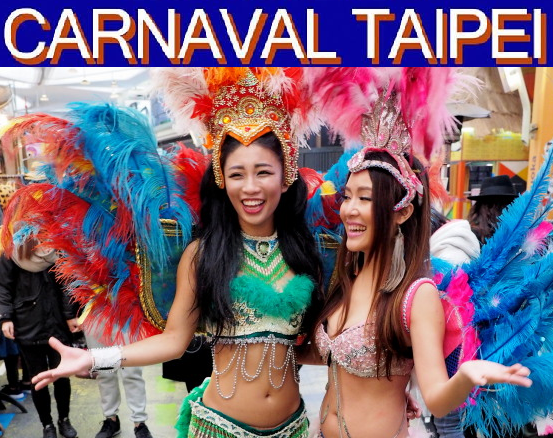 TAIPEI (Taiwan News) — The Lunar New Year holidays have passed us all by, and another year of working for the weekend has now begun. But just because its the Year of the Dog, there's still no time for dog days this early in the year. So here are a few fun events to keep you excited and active in the last days of February and the first weekend of March.

To ring in the Year of the Dog in Taipei, there is no better event than the Taipei Lantern Festival which kicks off tomorrow, Feb. 24 and will run through March 4. The festival will include various performances and creative markets at various points throughout the city, in addition to the collection of lanterns on display reflecting both artistic creativity as well as folk traditions. The 2018 Taipei Lantern Festival is also a great opportunity to tour famous landmarks around the city, and see them lit up unlike any other time during the year. In the first hall of the Taipei World Trade Center Feb. 23-26 will be the Taipei International Maternity and Baby Expo. Anyone expecting any spring or summer babies this year may find some incredibly useful items at the expo.

The Taipei Wedding Gown and Banquet Exhibition is also taking place this weekend, Feb. 23 -26 at the Taipei World Trade Center, in Hall Three. If you are preparing for a wedding or interested in formal fashions should definitely check out the event.

Spend a leisurely day off strolling in a sea of wonderful flowers at the Guandu Flower Festival the Beitou-Shilin Technology Park. The festival only runs through the end of February, so this weekend will be the last opportunity to enjoy the beautiful flower displays.

But just as one flower festival runs its course, new flowers are coming into bloom at the Yangmingshan Flower Festival which began on Feb. 22 and which will run through March 25. This weekend will be an especially good chance to catch the cherry blossoms in bloom.

On Saturday Feb. 24, local publishing company TWG Press is hosting a party to celebrate the launch of two new anthology books; Taiwan Tales 2, and Forms of Formosa: Poetry from Taiwan. The event will include some readings by many of the authors featured in the books. The TWG Press book launch party is scheduled for 6:00 p.m. to 8:30 p.m. at the Yue Yue bookstore in Songshan Cultural Park. Anyone looking for a taste of Caribbean food or looking to shake a leg in true holiday style, then you need to check out Carnaval Taipei 2018. It is happening on Saturday, Feb. 24 at Maji Square, and Taipei’s Flora Expo Park next to the Yuanshan MRT Station. There is a parade planned, as well as a food and craft market. The main event is happening from 11 a.m. to 7 p.m. and there is an after party planned nearby at Triangle! Check out some photos and video from the event last year!

On Saturday March 3, artist Patty Hogan will be hosting a party and art exhibition at the Kidsorrow bar and restaurant. The party is called “March of the Fatties” and will be a fun way to kick off the month of March. There will be live music as well as special food available for the event.

For those interested in underground music in Taipei, March 4 will offer a truly unique musical experience unlike anything Taiwan has ever seen before. Legacy Taipei is hosting a sound clash between a freestyle hip-hop live band (THAT’S MY SHHH) and a DJ collective (國語作業簿). Get your tickets here for “That’s My國語作業簿” Over the upcoming week at the National Concert Hall there are a number of performances to look out for over the next week. One that is not to be missed is surely the Spring Concert of the Taipei Chinese Orchestra taking place on Wednesday evening, Feb. 28. Get your tickets while they are still available!

For anyone looking for a quality theater performance consider checking out “Betroffenheit” with showings this weekend on Feb 24, and Feb. 25. The show is put on by two well-respected Canadian talents. It is based on the life experience of playwright and actor Jonathan Young, and deals with facing and overcoming life’s tragedies.

For the first weekend in March, playwright and director Lee Yi-Hsiu will present his second work dealing with Asian mythology and divine drama with the “Isle of Dreams.” The story draws heavily on ancient imagery and traditional storytelling to deliver a tale of a war waged between two clans of gods. There are also some interesting performances scheduled for the Experimental Theater of the National Performing Arts Center. On Feb. 23-24, the theater will host a performance called “The Object Lesson” by American artist Jeff Sobelle. Then on March 2-5, take a trip into the imagination of Su Wen-chi, and a group of international artists with “Infinity Minus One.”

There is also a new weekly meet-up group called Taipei Language Café. The group plans to meet every Friday at Tipsy Taipei Café and Bar.