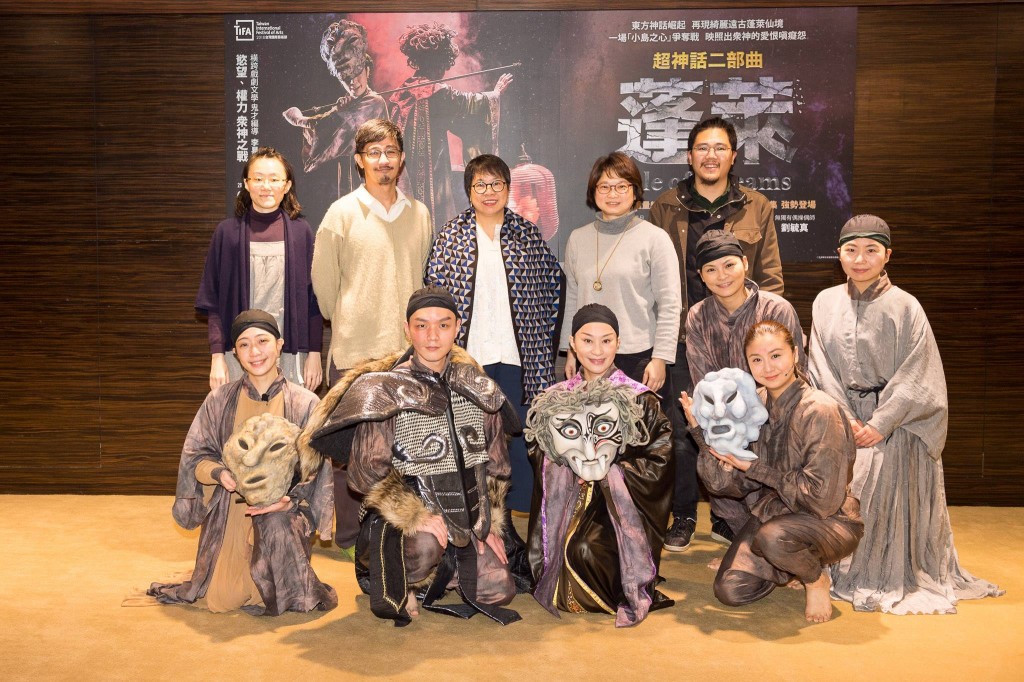 After the Drought Goddess, the first episode of the revolutionary mythological trilogy, which was widely acclaimed around the world, the playwright-director of La Cie MaxMind Lee Yi-Hsiu is bringing the audiences the second episode– Isle of Dreams.

In the drama, language spoken by the gods and goddesses was invented by Lee, as he wanted the language used in the drama to sound like the ones spoken by ancient humans and gods.

According to Lee, the “language of gods” he created follows the phonetic principles of ancient languages and integrates different dialects such as Taiwanese, Hakka, the Suzhou dialect, and Cantonese, in which ancient Chinese phonetic elements have been largely preserved, to create that sense of historic remoteness.

“Isle of Dreams” is derived from Classic of Mountains and Seas (山海經), and it was nominated for the 15th Taishin Arts Award and its premiere in 2016 was commissioned and sponsored by Quanta Arts Foundation. During the TIFA, it will be staged March 2-4 at the National Theater in Taipei.

The National Theater is reopening for the 10th Taiwan International Festival of Arts (TIFA) after its annual maintenance and then the Lunar New Year holiday, bringing seven weeks of music, theater and dance programming to audiences.