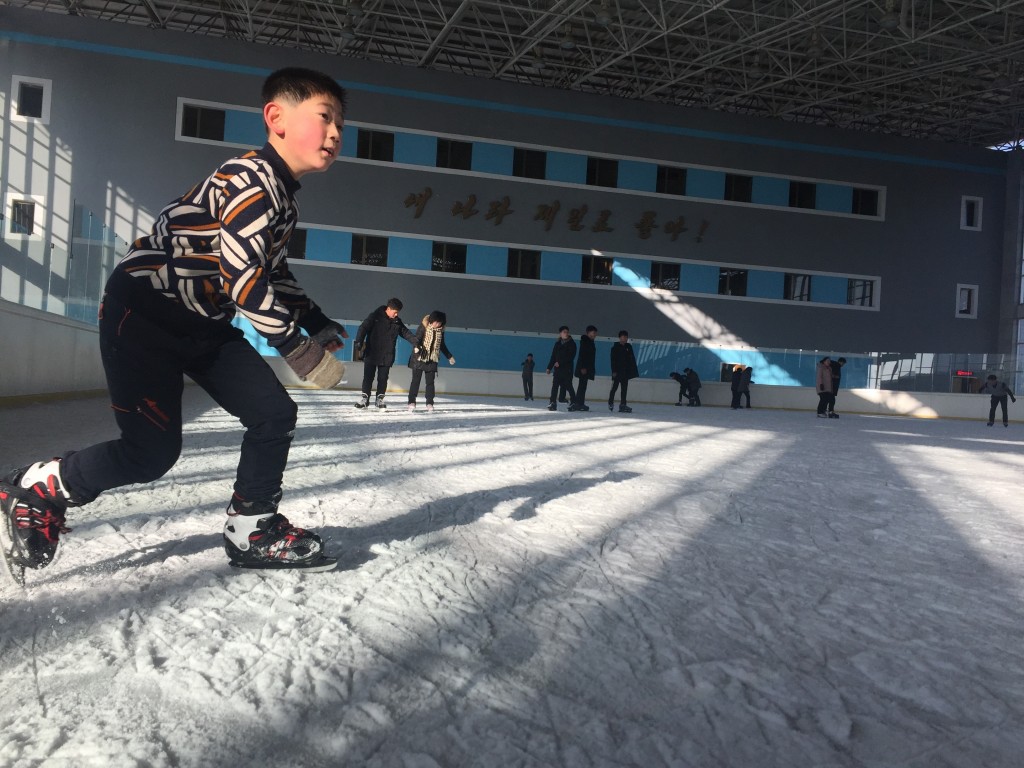 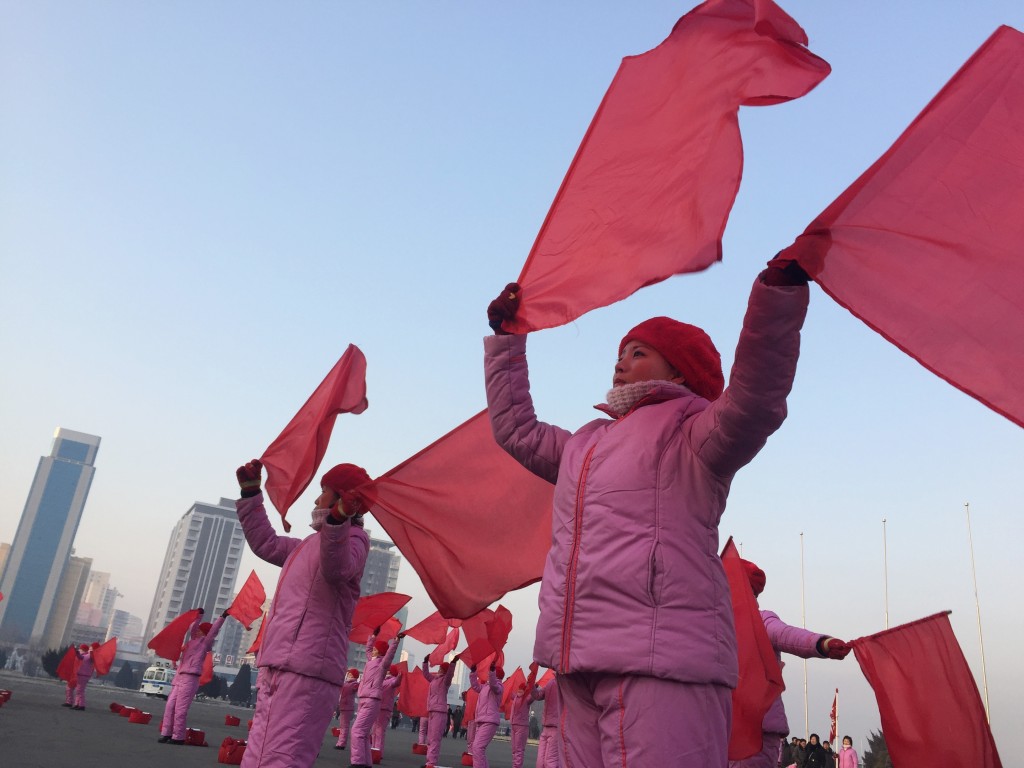 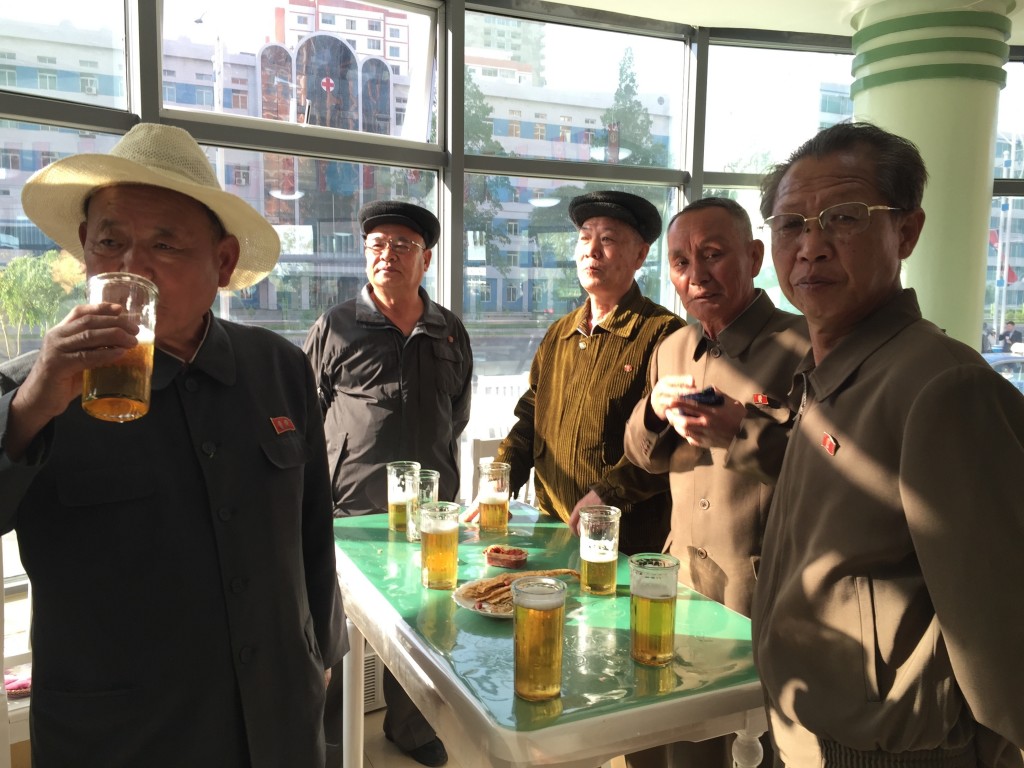 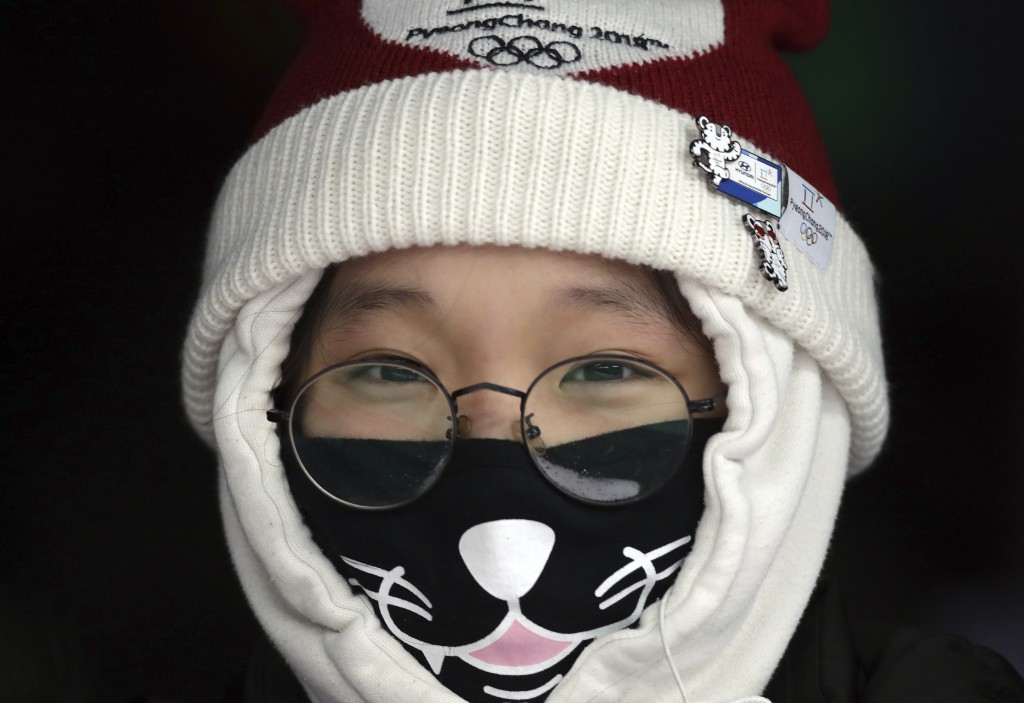 PYEONGCHANG, South Korea (AP) — What's it like to wake up in North Korea one day and South Korea the next?

The differences are pretty jarring. The similarities can be, too.

As the AP's Pyongyang bureau chief since 2013, I've been to the North several dozen times and made about a half dozen trips to the South. This time, the two came back to back — two weeks in Pyongyang, three weeks in Pyeongchang, with a one-day break in between. As though bumping up against some kind of parallel universe, I've been running into the several hundred North Koreans who also headed South for the games almost every day since I got here.

The result has been a rare chance to experience South Korea with my still fresh-out-of-Pyongyang eyes. I've also had the even rarer opportunity to examine how elite North Koreans — so proudly confident and in control in their own country — have been dealing with a massive dose of the "other" Korea, which has got to be a tremendously disorienting journey outside their comfort zone.

So here's my take. Three things that struck me the most and how I imagine they might have intrigued, appalled and maybe even rocked the world of some of the North Koreans among us here in Pyeongchang.

Every self-respecting Olympic aficionado knows that pins are more than mere pieces of metal. They are objects of wonder and beauty, of deep meaning and significance. They are to be treated with respect.

North Koreans totally get that.

Olympic pins go all the way back to the first modern games, 1898 in Athens, when they were made out of colored pieces of cardboard to distinguish athletes, judges and other officials. The association of pins with the Olympics caught on — thanks in part to a big boost by the Nazis, who made a million of them to fund the 1936 games in Munich — and has grown and expanded ever since. There are now hundreds of varieties available with every Olympics. Trading them has been described as the Olympics' No. 1 spectator sport.

North Korea's pin tradition dates back only to the 1970s. But it's mandatory. Every adult is expected to wear one above his or her heart.

There are currently only a half dozen or so pins in common use. North Korean pins have portraits of either the country's national founder and "eternal president," Kim Il Sung, or his son, "dear leader" Kim Jong Il, or both. There is still no pin dedicated to the current leader, the "respected marshal" Kim Jong Un. But he wears one just like everybody else.

With some rare exceptions, North Korean loyalty pins are not meant for foreigners. It's hard to even have a conversation about them with a North Korean. I've never been able to.

North Korean pins are, by law, to be treated as sacred. Unlike the Olympic versions, they are decidedly not supposed to be traded. So don't even ask.

Cheap North Korea-themed pins without a Kim face can be purchased at souvenir shops. Or on E-bay.

NO CHEERING IN THE PRESS BOX?

The journalists in Pyeongchang outnumber the athletes — roughly 3,000 to around 2,500.

Twenty-one of those journalists are North Korean. I've probably met several of them. And I'm guessing their minds are totally blown.

I haven't had a chance to confirm that, of course, because the self-enforced North Korean security bubble might as well be made of steel.

The biggest jolt, though, is simply that journalism, as practiced in most places, is a boisterous, chaotic affair. All the different, competing media organizations pushing out so much information, good and bad, about the Olympics so quickly and freely and from so many perspectives — it's quite a sight to see.

Grappling with that vision of the media must be a challenge for North Koreans, who grow up with propaganda, not news. North Koreans are taught to be suspicious of anything that threatens what they call "single-minded unity," a concept extolling the virtue of everyone working as one in service of the Leader. It's supposedly the rug that pulls North Korean society together.

And the North Koreans have been working overtime to defend it in Pyeongchang.

To avoid any "ideological contamination," the North has circled its wagons. Its athletes and journalists, in particular, have operated as a tightly knit team. Like of their compatriots, they have the same boss; Kim Jong Un. They wear the same uniforms, move together whenever possible and essentially don't cover anything that doesn't feature one of their own.

Of course, that last part could be said of a lot of countries. It's a pretty common gripe in the United States. But with North Korea, it's way worse.

The visit by Kim Jong Un's younger sister to meet South Korean President Moon Jae-in and attend the games' opening ceremony was front-page news. But with just a few days of competition remaining, the North Korean media had yet to run a report about any athletes, including its own.

When you have no competition, and a monopoly on what is and isn't allowed through the gates, there's no need to rush.

WARTS AND ALL: THE FISH THAT GOT AWAY

One place the North Koreans definitely didn't get to see was the old fish market in Gangneum, a city hosting some of the Olympic events.

Filled with hundreds of stalls selling everything from dried sting rays to pork trotter soup, it's a lot like the markets that have sprung up all over the North since the famine days of the 1990s, right down to the haggling over prices, the dim lighting, dingy setting and vendors who are almost all weather-beaten old women. It's an open secret that Pyongyang has an especially bustling market, called Tongil. The frontier city of Rason, near the Russian border, has one of the biggest markets I've ever seen. If you need to buy golden Hello Kitty baby shoes, it's the place to go.

But most North Korean markets are off limits to foreigners, since they are such politically incorrect petri dishes of capitalism in what is still, on paper at least, a strictly socialist country.

That's a shame, too.

Markets are a fact of life in today's North Korea. They are a big, inescapable part of the domestic economy. And they exude the kind of gritty, day-to-day human interaction that happens everywhere but which the North's leaders try so hard to hide from the outside world.

Of course, an old fish market isn't the ultramodern, high-tech business South Korea prides itself on, either.

Nevertheless, the Pyeongchang organizers promoted the fish market as a must-see cultural site, printing up glossy brochures, running buses to the train station nearby and staffing a volunteer information booth for foreigners. By showcasing the old market, South Korea was embracing, not hiding, the not-always spotless-realities of life.

I imagine it would have been a welcome — and familiar — sight for North Korean eyes.

Fresh off the constricted life of an American journalist in Pyongyang, it certainly was for me.