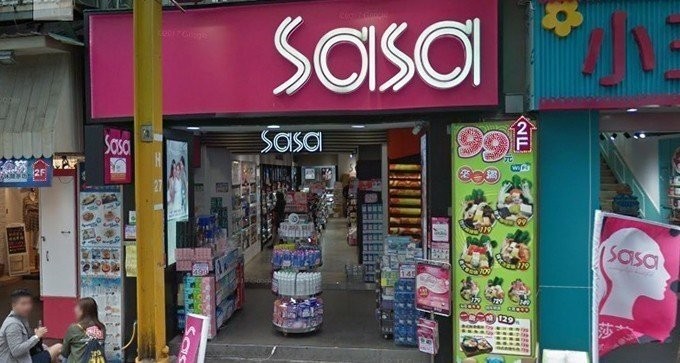 TAIPEI (Taiwan News) -- Hong Kong-listed Sa Sa International Holdings announced yesterday (Feb. 21) that it would close down all of its stores in Taiwan and layoff 260 local employees to focus instead on developing its market in China, Hong Kong and Macau, as well as its ecommerce platform, effective March 31 of this year, reported Apple Daily.

Sa Sa International Holdings said in a statement that its sales in the Taiwan market has been weak, with continuous losses seen for six straight years. For the 10 months ended in Jan. 31 of this year, the company had only seen turnover of HK$154.3 million (US$19.7 million), an 11.5 percent decline from the previous year, factoring in local currency fluctuations.

Sa Sa had tried to cut its losses in Taiwan by rectifying its management team, strengthening its operations and reducing its costs, all to no avail. Therefore, after careful consideration, the board decided to conclude its business in Taiwan.

An estimated 260 local Taiwanese staff members will be laid off, though the company says it will provide compensation according to local labor regulations.

In addition, Sa Sa said that although it will lose its market share in Taiwan as a result of its exit, it does not anticipate suffering adverse effects on the financial performance of the group and operations because as of the six months ending in Sept. 30 of last year, sales in the Taiwan branches only accounted for 2.5 percent of the company's total turnover.

However, the company's turnover rose by 8.1 percent in Hong Kong and Macau, while it saw a 13 percent gain in China, during the same period, according to the South China Morning Post.

Founded in 1978, Sa Sa International Holdings is a well-known cosmetic retail chain in Asia. According to the company's official website, the company has stores in more than 280 outlets in Asia, it sells more than 600 beauty products and is one of the top 10 retail groups in Hong Kong.

Sa Sa entered the Taiwan market in 1997 and currently has 21 outlets in Taiwan, including in Taipei, Taoyuan, Miaoli, Taichung, Tainan and Kaohsiung.