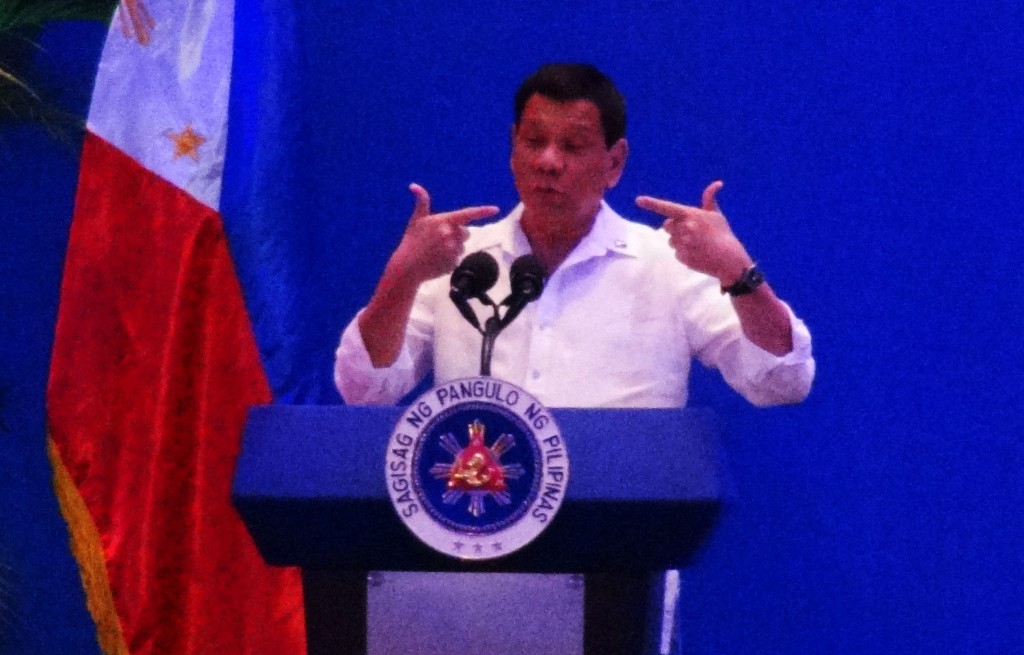 President Duterte addressed Chinese leaders, officials and members of the Filipino-Chinese community at the 10th Biennial National Convention and 20th Founding Anniversary Celebration of the Chinese Filipino Business Club, Inc. (CFBCI) in Manila on Monday. The Chinese ambassador to the Philippines, Zhao Jianhua (趙鑒華), and former President Gloria Macapagal Arroyo were among the many leaders present.

Duterte thanked China for providing weapons to the Philippine military and for offering to build two bridges for free, reported the Manilla Bulletin. He also reaffirmed his position that the Philippines, not China, owns the West Philippine Sea. He then suggested that establishing the Philippines as a Chinese province instead of Taiwan would settle tensions between the countries:

“Just let Taipei be. It's very small. Let it float. If you get the Philippines, you won't have a problem.”

Duterte continued, “China is very rich. If China was a girl I would pursue her.” The President's jokes were met with laughter at the event, however a variety of responses surfaced afterward.

Ambassador Zhao is said to have smiled following these remarks at the event.

Presidential spokesperson Harry Roque said the following day that, “[H]is joke is, you know, it’s just to emphasize that it [the West Philippine Sea] is ours but we’re one with China. Take it in that spirit.”

Magdalo Rep. Gary Alejano said that, “Such irresponsible banter is a slap in the face of the many Filipinos who work tirelessly to defend our territorial integrity [against] China. This only shows how indifferent and apathetic Duterte is to China’s bastardization of our sovereignty.”

Duterte reiterated that Manila will use diplomatic, civilized methods throughout the South China Sea conflict and above all does not wish to go to war with China.