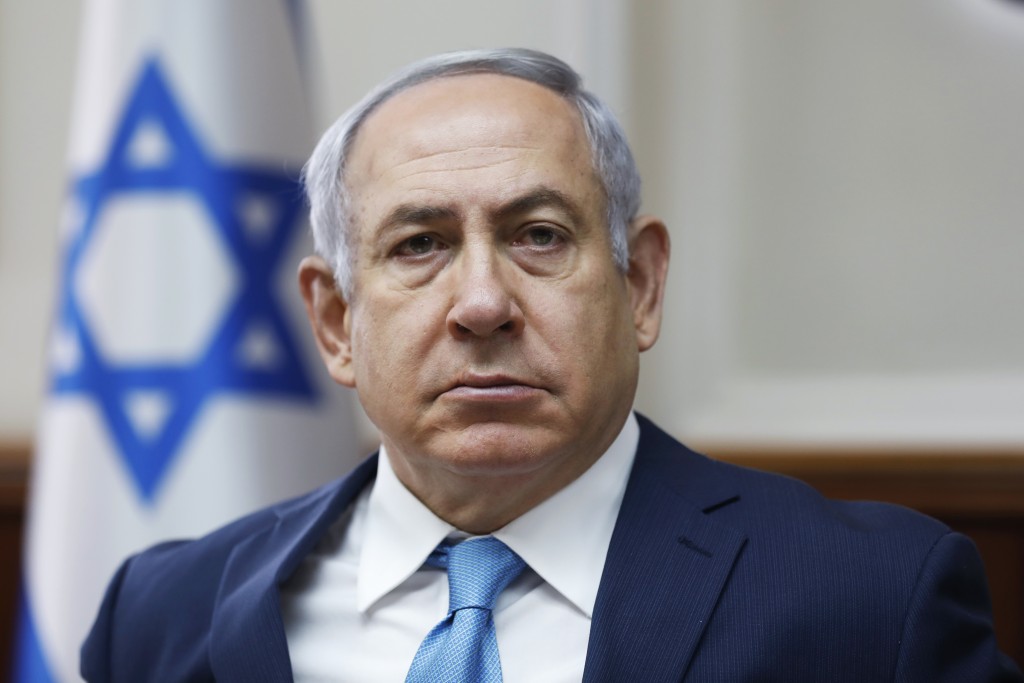 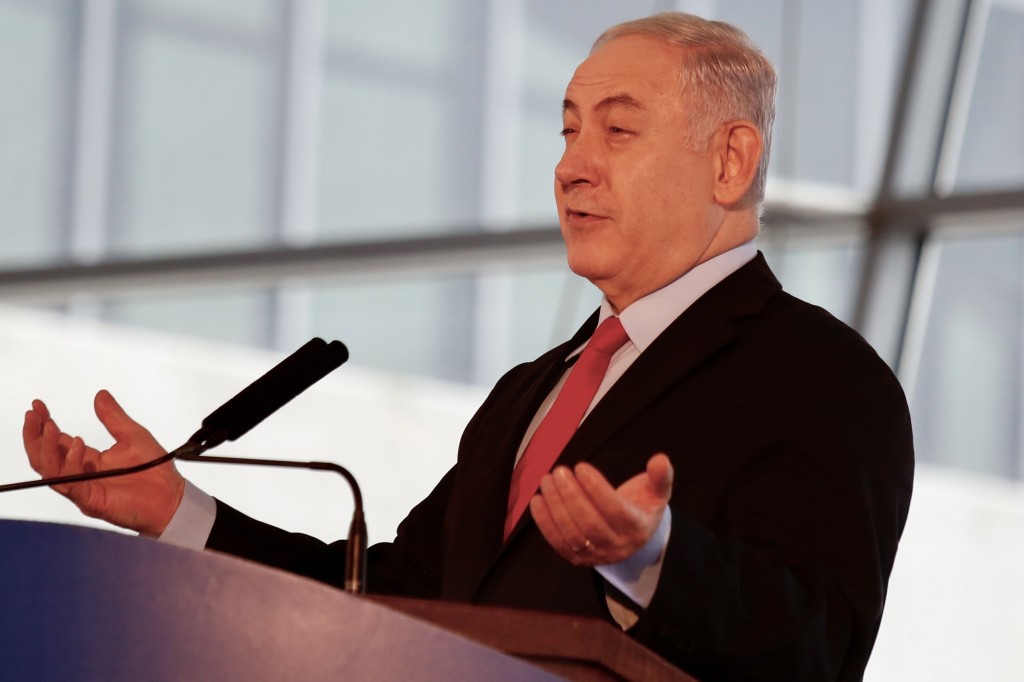 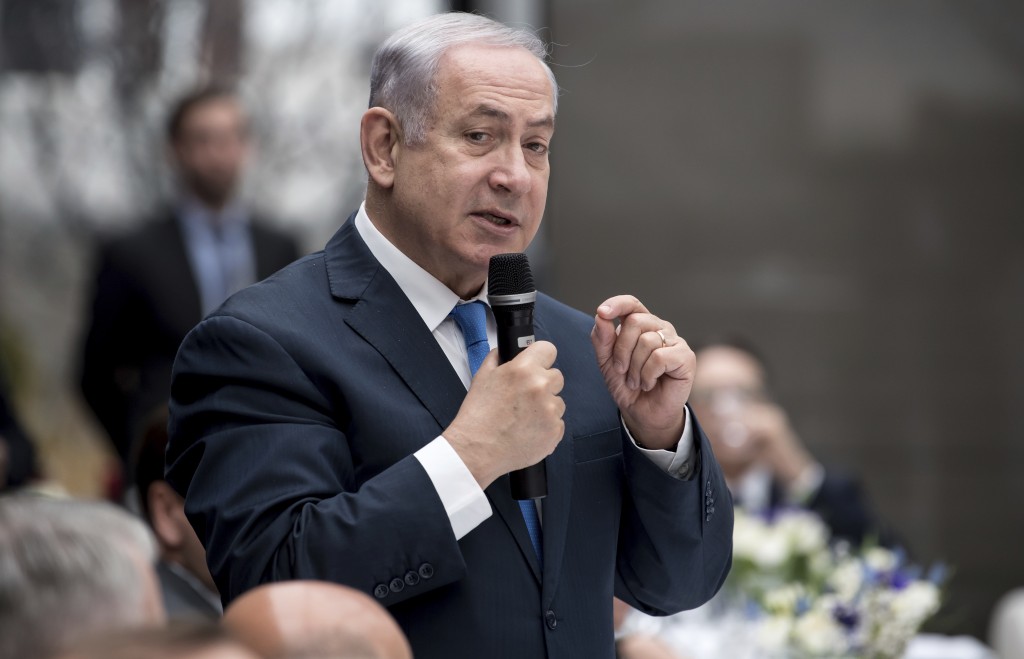 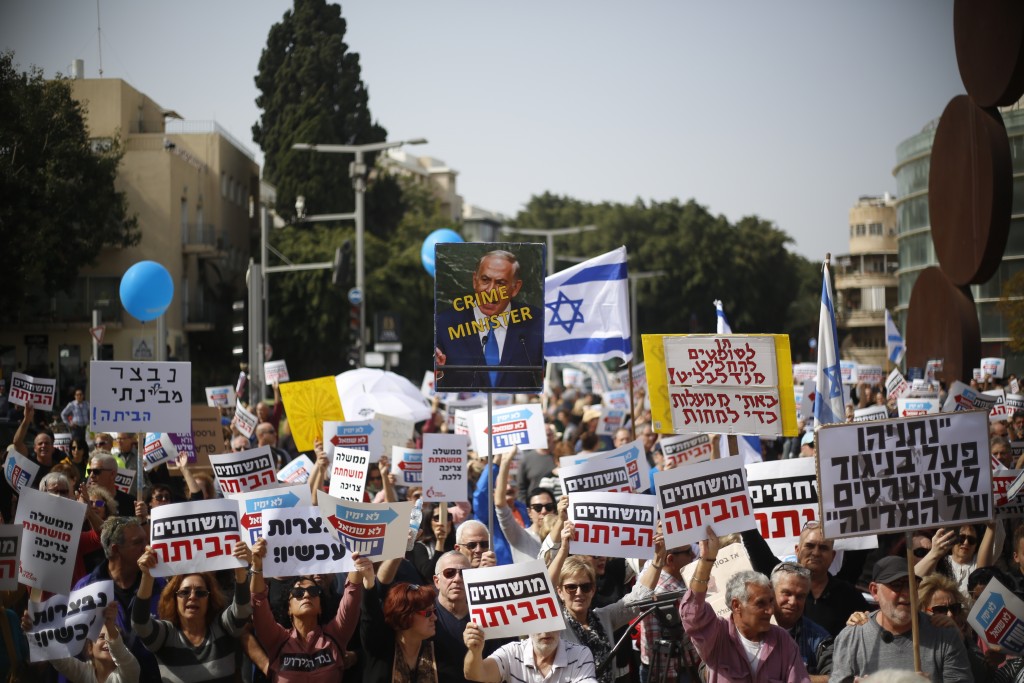 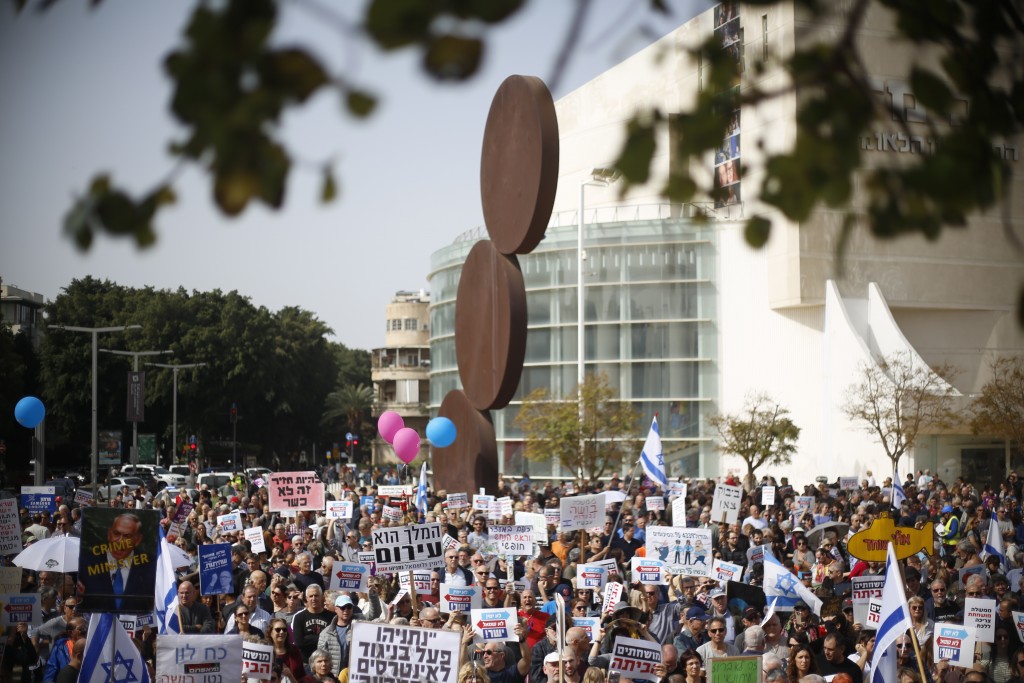 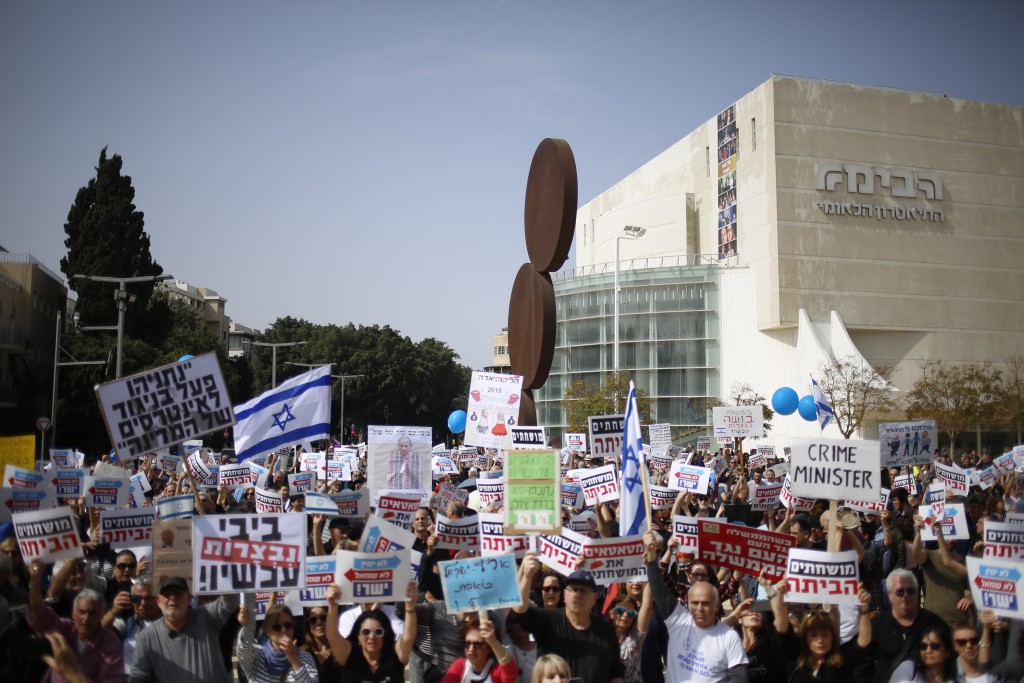 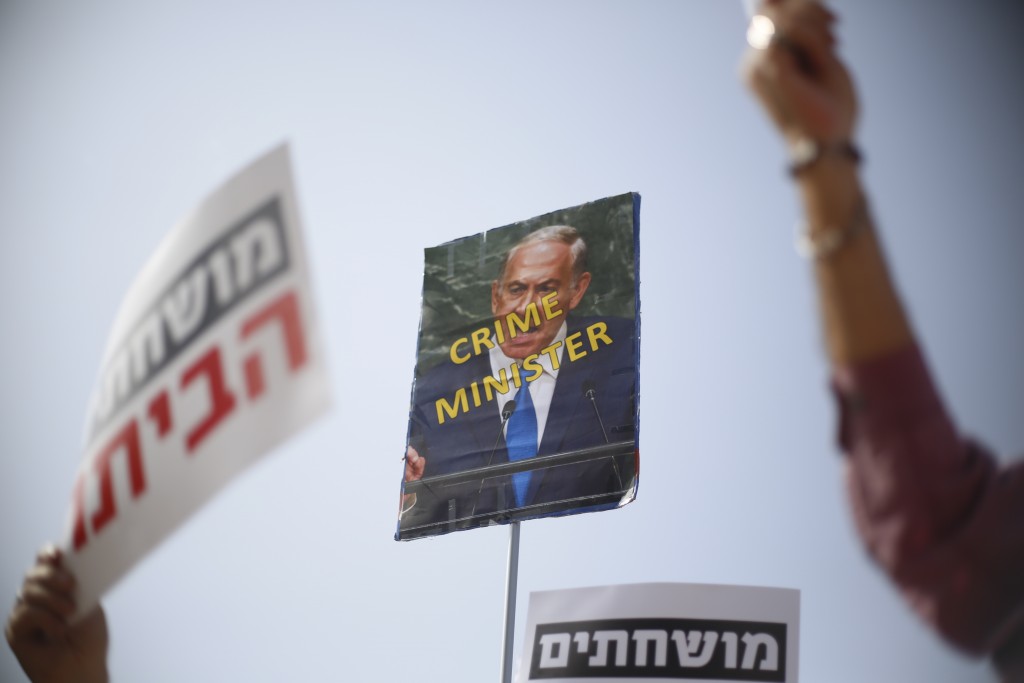 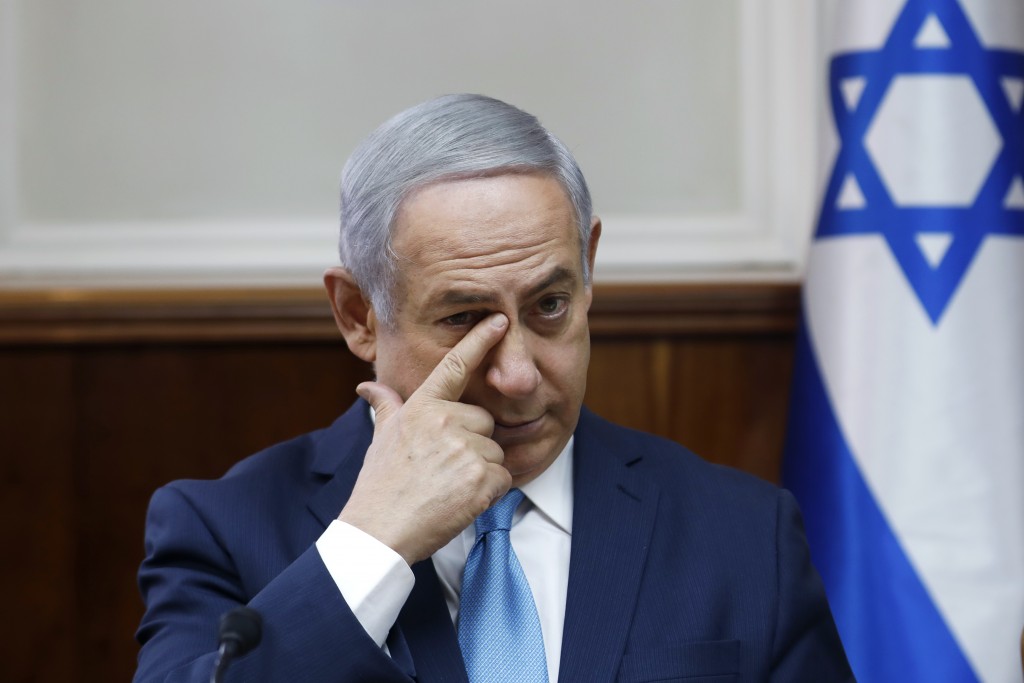 Israeli Prime Minister Benjamin Netanyahu appears to be in trouble after police recommended bribery, fraud and other charges against him. Yet the law doesn't require him to step down until convicted, and he is digging in.

For now, his coalition is lining up behind him, but public opinion could change that. His Likud Party could replace him and retain power with the existing coalition.

Attorney General Avihai Mandelblit, a Netanyahu ally, now must decide whether to adopt the recommendations. Netanyahu rejects the accusations.

Opinion polls showed contradictory and perhaps fluid sentiment: Roughly half of Israelis think Netanyahu should resign, but Likud in general maintains its lead.

If he stays, he could emerge even more powerful, perhaps vindicated in his claim that Israel's establishment conspires against him.

But if he goes, the Middle East equation will be reshuffled and new possibilities would open up.

Netanyahu attaches to a fatalistic disposition that sees peace with the Palestinians as impossible for now. He would be remembered as the silver-tongued hard-liner who never made the shift to peacemaker that many hoped for.

Central to Israel is the fate of the West Bank, Gaza and east Jerusalem, territories captured in 1967 from Jordan and Egypt and claimed by the Palestinians for a future state that would share the Holy Land with Israel.

Most of Israel's establishment supports such a partition.

Netanyahu's right-wing bloc has tried to prevent or at least delay any pullout from the territories. The arguments range from religious ones to concerns about handing over strategic highland overlooking central Israel.

But the right has struggled to articulate a vision on how to preserve the "Jewish state" when the combined Arab and Jewish populations in Israel and the territories are about evenly divided.

Will the Palestinians suffice forever with their disconnected autonomy zones established after peace efforts in the 1990s? If they demand outright annexation and the right to vote, Israel will be forced to choose between preserving its democracy or its Jewish majority.

And still the government adds Jewish settlers to the West Bank. Netanyahu's ability to keep this policy despite opposition, while also enabling Israel to prosper, has required intellectual depth, diplomatic dexterity and political acumen that would be hard to replace.

Widely respected if not always admired, Netanyahu has gripped attention like few Israeli leaders before him.

WHAT IS THE POLITICAL REALITY IN ISRAEL?

Israel is essentially divided between a "rightist" bloc composed of Netanyahu's Likud, plus other nationalist and religious parties, versus a "leftist" bloc of more moderate parties plus a grouping representing the Arab minority of some 20 percent.

The right has appeared to build up a natural advantage because the Jewish religious sector, also totaling about 20 percent, has a high birthrate and Netanyahu has been effective in arguing that previous governments' failures to close a deal despite far-reaching territorial offers has exposed the Palestinians as hostile.

Netanyahu also has promoted an agenda to overhaul Israel's liberal democracy. To some, he is a member of the emerging pantheon of illiberal-yet-elected global leaders, finding parallels from Russia to Turkey and even Donald Trump's United States.

His cronies have tried to curb the judiciary; denigrate the media; and argue that the arts, when critical, are tools of turncoat liberals.

These messages resonate with his base, especially the significant chunk of Middle East-descended Jews. They lean conservative and resent Israel's founding European-descended and more secular establishment.

The irony is that Netanyahu is a European-descended professor's son who grew up amid privilege and has always promoted capitalistic policies that spurred growth but also benefited the rich.

If Netanyahu goes, he would leave behind resentment and division, not just between Jews and Arabs, but among the competing groups that constitute Israel's Jewish majority.

The rancor was clear in the reactions this week. Likud lawmaker Miki Zohar said the public "knows that this is an attempted coup." Yair Lapid, head of the opposition Yesh Atid Party, accused Netanyahu of seeking to make Israel "a country where honest people are scared of speaking the truth."

WHAT COULD HAPPEN IN THE REGION?

A decade ago, Netanyahu argued that then-premier Ehud Olmert could not stay in office while facing a police investigation. Olmert stepped down under pressure, cutting off peace talks that seemed close to a breakthrough for the Palestinians. He ended up in jail.

About 15 years ago, Israel was led by another right-winger, Ariel Sharon, also facing corruption allegations. Sharon stunned observers by turning against the occupation of the Palestinians and leading a unilateral pullout from the Gaza Strip. Many people believe the move contributed to the decision not to prosecute him.

Today's wild card could be the "deal of the century" touted by Trump, who is believed to be working on a plan to resolve the Israeli-Palestinian dispute and forge a wider regional rapprochement between Israel and the major Sunni Muslim nations. Cynics would say progress along such a path could give prosecutors pause.