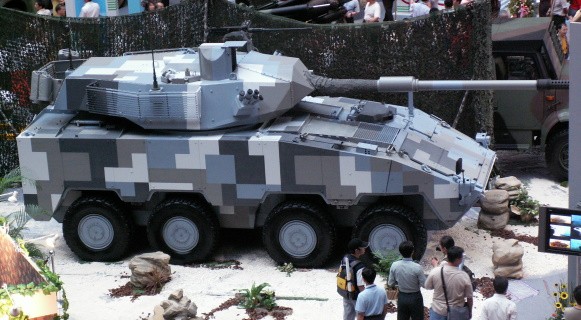 TAIPEI (Taiwan News) -- For the first time the 16-year history of the U.S.-Taiwan Defense Industry Conference, the military manufacturer convention will be held in Taiwan this year in May, according to sources who spoke to Liberty Times, marking a major milestone in U.S.-Taiwan relations and could include many senior U.S. officials if the Taiwan Travel Act is signed.

The U.S.-Taiwan Defense Industry Conference, which has been running since 2002, will be held in Taiwan for the first time, in the southern industrial city of Kaohsiung in May of this year. According to sources involved in the preparations for the conference, at least a dozen well-known representatives of multi-national weapons makers will participate.

As the Taiwan Travel Act will likely be signed into law by that time, chances that senior-level U.S. officials will participate are high. Minister of National Defense Feng Shih-kuan (馮世寬) told the Legislative Yuan that after long-term efforts to have the conference held in Taiwan, his U.S. counterparts have tentatively agreed to begin holding the conference twice a year, with one session held in Taiwan sometime in the first half of the year and the other hosted in the U.S in the second half of the year.

The exchange in Taiwan will primarily be of a technical nature between military manufacturers, with exchanges between officials of the two countries to be a secondary focus. Meanwhile, the conference in the second half of the year in the U.S. will consist of dialogue and discussions on Taiwan-US national defense industry policies.

Senior sources have said that the priority of the conference will be placed on the three areas of shipbuilding, aerospace and information security. It is hoped that discussions between U.S. and Taiwan defense industries and government officials will help break the bottleneck in the development of Taiwan's defense industry and ultimately strengthen the country's national defense and security.

A senior official said that the conference in Taiwan will be co-sponsored by the US-Taiwan Business Council and the Taiwan Defense Industry Development Association (TW-DIDA). The reason why it will be hosted in Kaohsiung is because most of Taiwan's defense industry is clustered in the Greater Kaohsiung area, many international conferences are held there and it is helps to balance development between northern and southern Taiwan.

Regarding the timing of the meeting, U.S. officials proposed sometime between April and May, while TW-DIDA suggested the first week of May. The U.S. has agreed to this tentative timeline and the two sides will hold more discussions on the matter, with an official announcement on the exact date of the conference expected by March of this year.