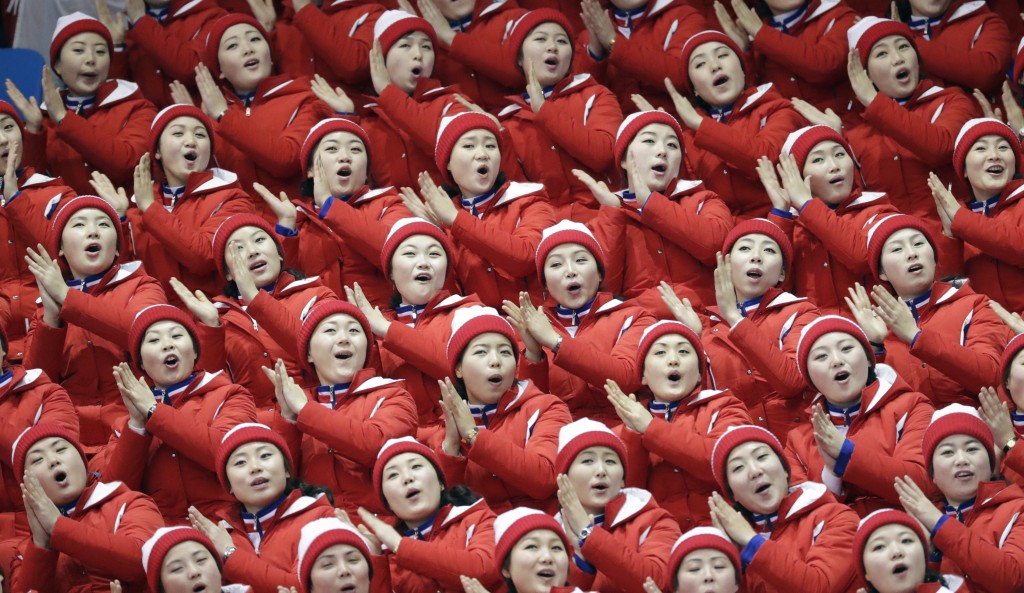 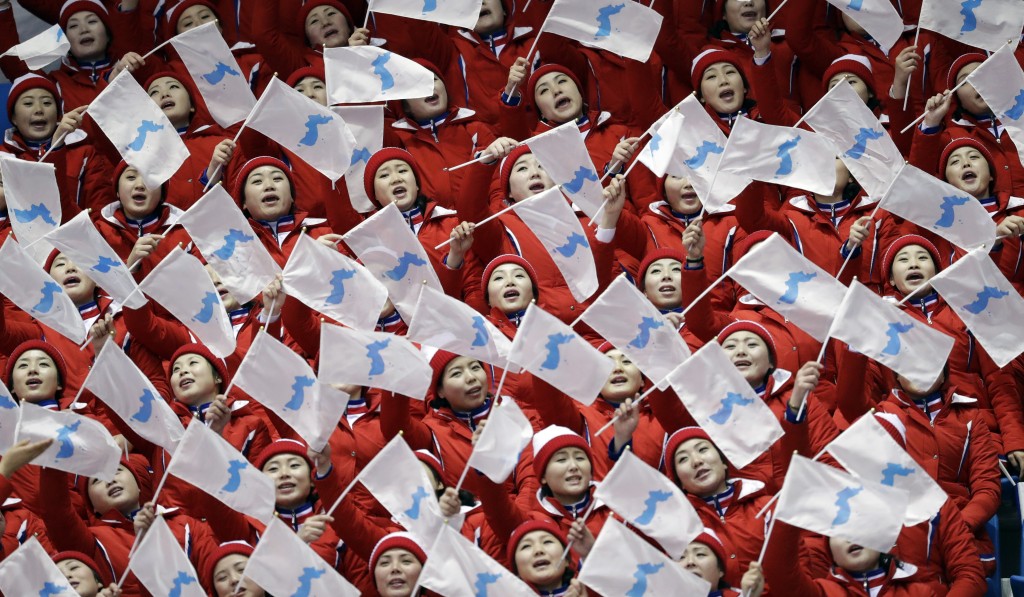 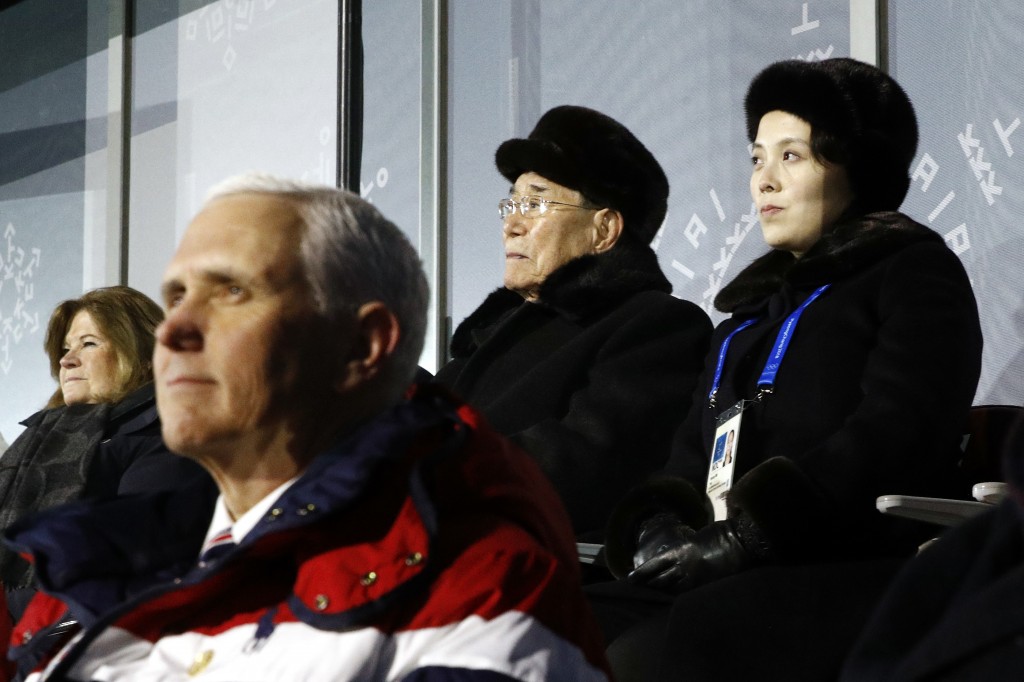 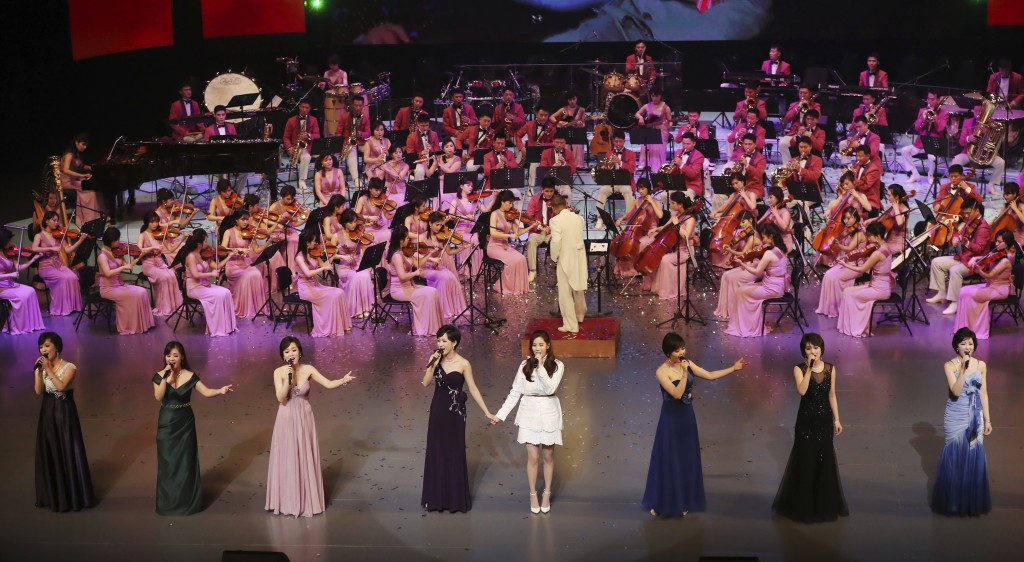 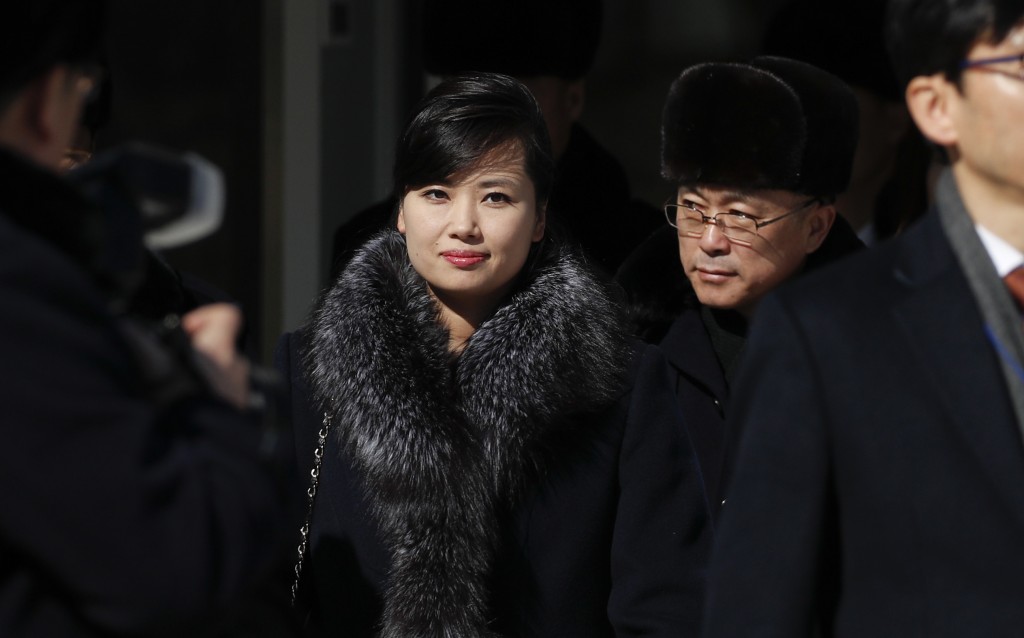 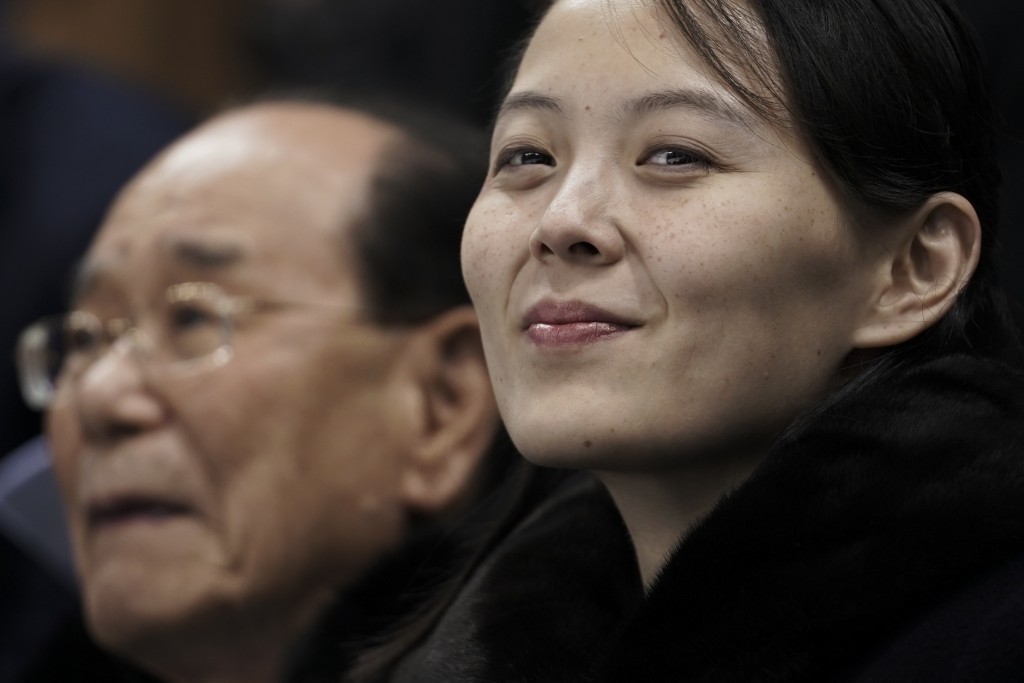 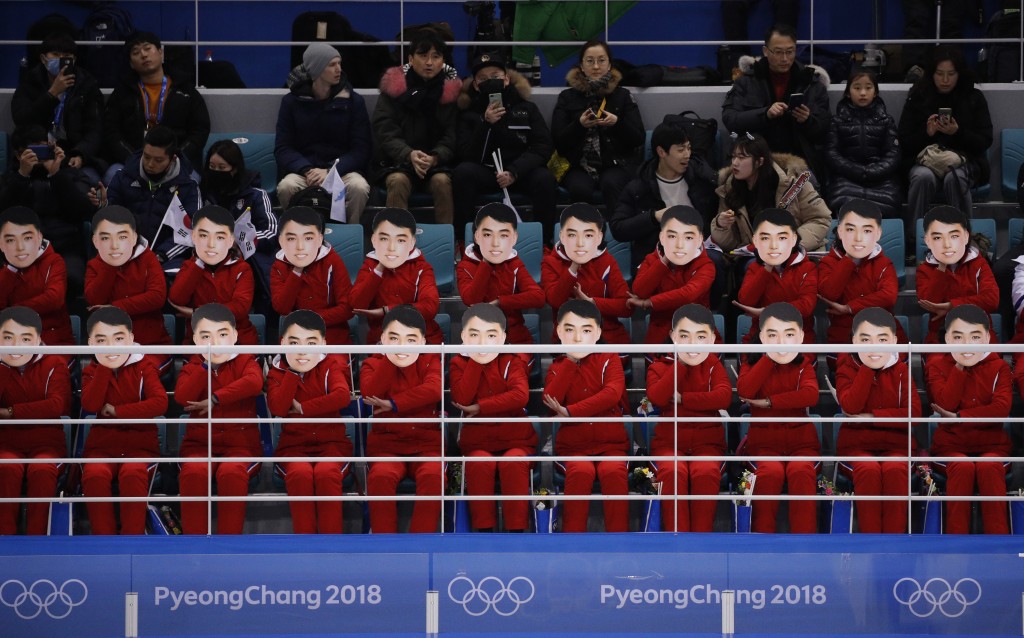 PYEONGCHANG, South Korea (AP) — To pour on the charm at the Pyeongchang Olympics, North Korea has turned to ball-gown clad singers, pompom-waving cheerleaders and two of its most influential women. And the media, the South Korean public and the Olympic audience worldwide seem to be thoroughly enjoying the spectacle.

But should they be?

Despite the focus on campy weirdness and implications of salaciousness, the North's feminine touch in Pyeongchang is a potent — and deliberately manipulative — political statement. Young and attractive women, intended to put a "soft" face on the North's totalitarian regime, have long been one of the ruling Kim family's favorite propaganda tools.

North Korea, one of the most patriarchal of societies around, deployed two of its most powerful women to spearhead its Olympic diplomacy campaign.

Completely overshadowing a 90-year-old statesman who was nominally in charge of the North's delegation, Kim Jong Un sent his younger sister, Kim Yo Jong, who while still just 30 years old is head of the ruling party's Propaganda and Agitation Department.

He also shocked Seoul by sending Hyon Song Wol, who is better known as the lead singer of the domestic cadre-pleasing, miniskirt-wearing Moranbong Band. She is now also a senior ruling party member.

The sister's arrival generated a good deal of serious reporting, juxtaposed with the presence of U.S. Vice President Mike Pence and his wife. But she got a full dose of the tabloid treatment from the moment she arrived.

There were some extremely unlikely comparisons to Ivanka Trump, who is expected to attend the Games' closing ceremony. South Korea's TV Chosun television network put together a separate report to analyze her fashion and appearance and pointed out her freckles and makeup. One analyst even speculated she might be pregnant.

The reporting was "a personal insult and diplomatic mistake," the Citizens' Coalition for Democratic Media, a media watchdog, said in a report.

It was hardly the exception.

South Korean broadcasters focused on the legs of the North Korean cheerleaders to highlight their bodies, while they tended to show the heads and chests of North Korean men on the day of their arrival in the South, while images of the cheerleaders' black ankle boots and bare calves were repeated frequently.

Some went so far as to film cheerleaders' rooms from outside their windows, the report said. TV Chosun, voyeuristically shooting through room windows, claimed an exclusive of the North Korean cheerleaders watching South Korean TV shows. The Yonhap News agency published photos of cheerleaders inside a women's restroom washing their hands and waiting in line outside toilets.

North Korea has sent women south to win hearts and minds before.

The idea dates back to Kim Jong Il, the current leader's father, who dispatched:

— a 125-member squad for the Incheon Asian Athletics Championships in 2005.

Kim Jong Un's wife is an alumnus of the cheering squads. She went to the Incheon event.

The squads are usually made up of young women, often students or government workers from Pyongyang, selected for their looks, musical skills and family standing.

At their first appearance at a competition, an ice hockey game featuring the joint North-South women's team, they started off with a popular North Korean song called "Happy to Meet You."

That had been a matter of concern.

Pretty much every song performed in public in the North is political (as is everything else; that's what totalitarianism means, after all), and even tunes that might sound like simple love songs are almost always devoted to Kim Jong Un or one of his predecessors.

In a later game, one squad held up masks of a handsome young man, which some observers speculated was Kim Jong Un's grandfather, Kim Il Sung. That would have clearly run afoul of organizers' expectations. Officials quickly denied the rumors, though it remains unclear who the mystery man was intended to be.

"Because the cheerleaders and the performance squads are Koreans like us, it's natural to have a good feeling toward them," said Shin In-kyun, president of the Korea Defense Network, a nonpartisan group of defense experts. "But we should not forget the intention of the brutal North Korean regime that's hidden behind it."

"Right now, it seems we are distracted," he said. "North Korea's operation is working."

AP business writer Youkyung Lee contributed from Seoul. Eric Talmadge, the AP's Pyongyang bureau chief, is at the Olympics on assignment. Follow Lee on Twitter at @YKLeeAP and Talmadge on Instagram and Twitter at @EricTalmadge.