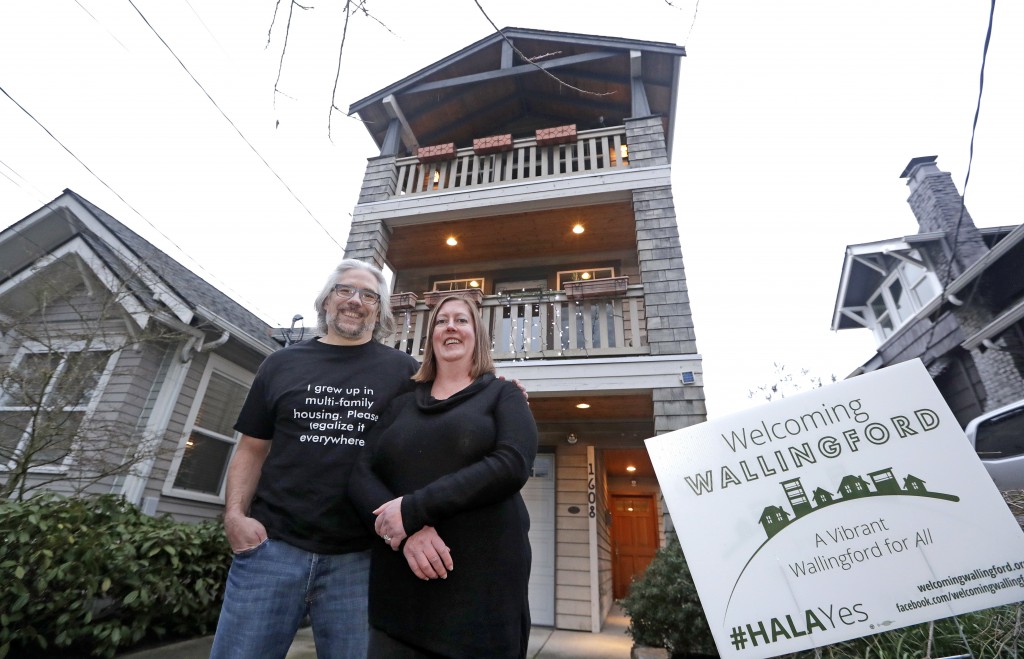 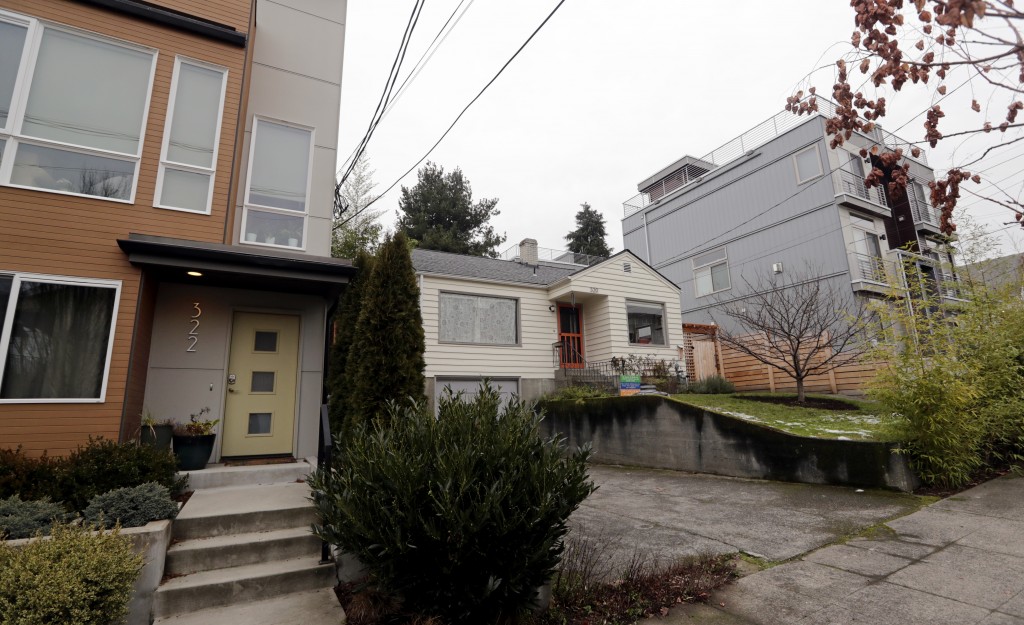 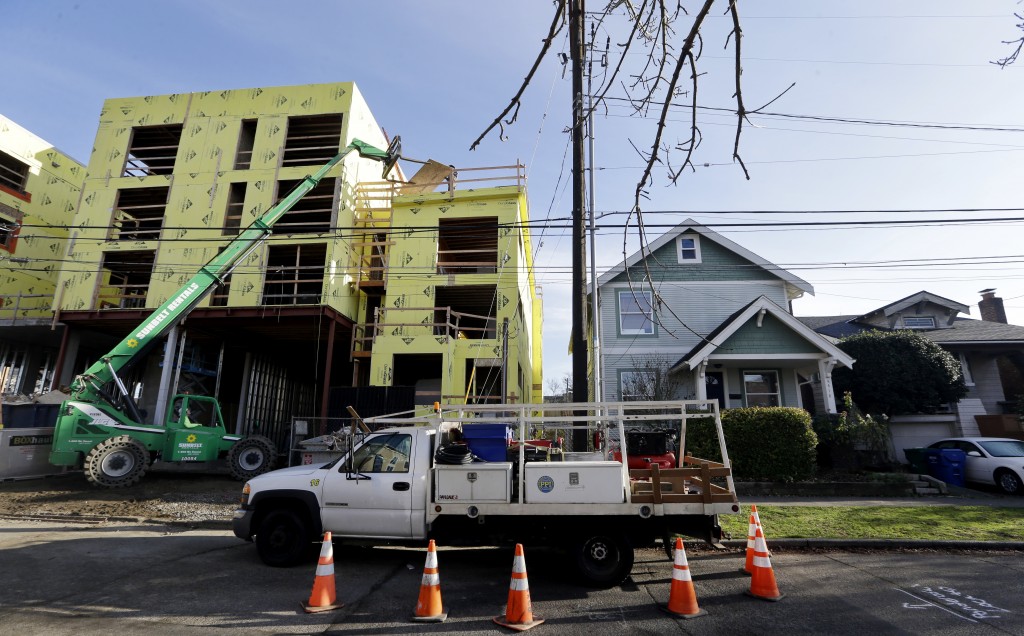 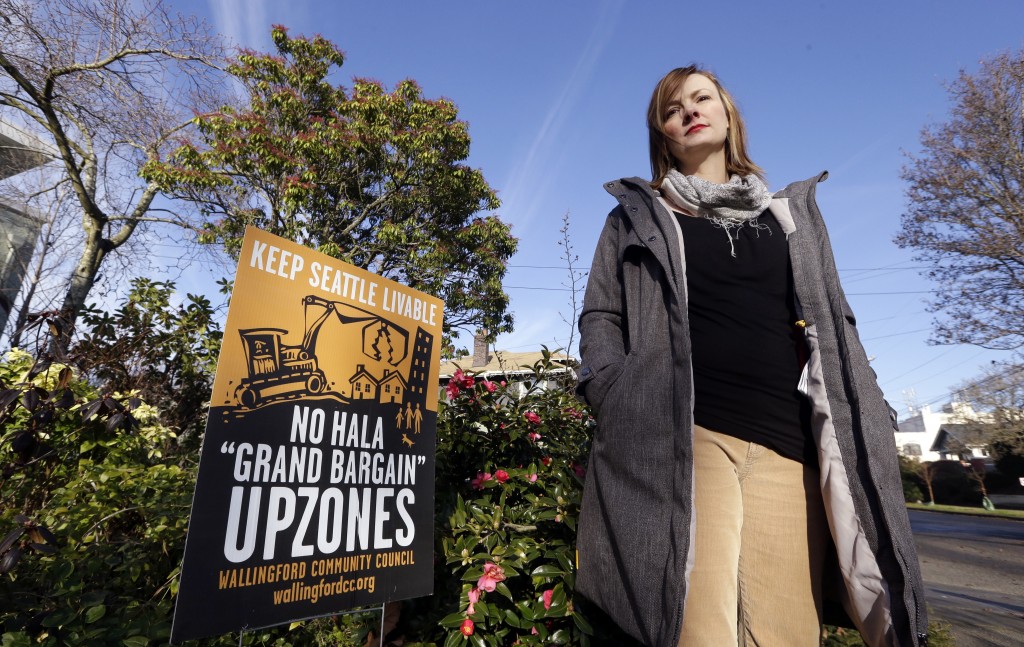 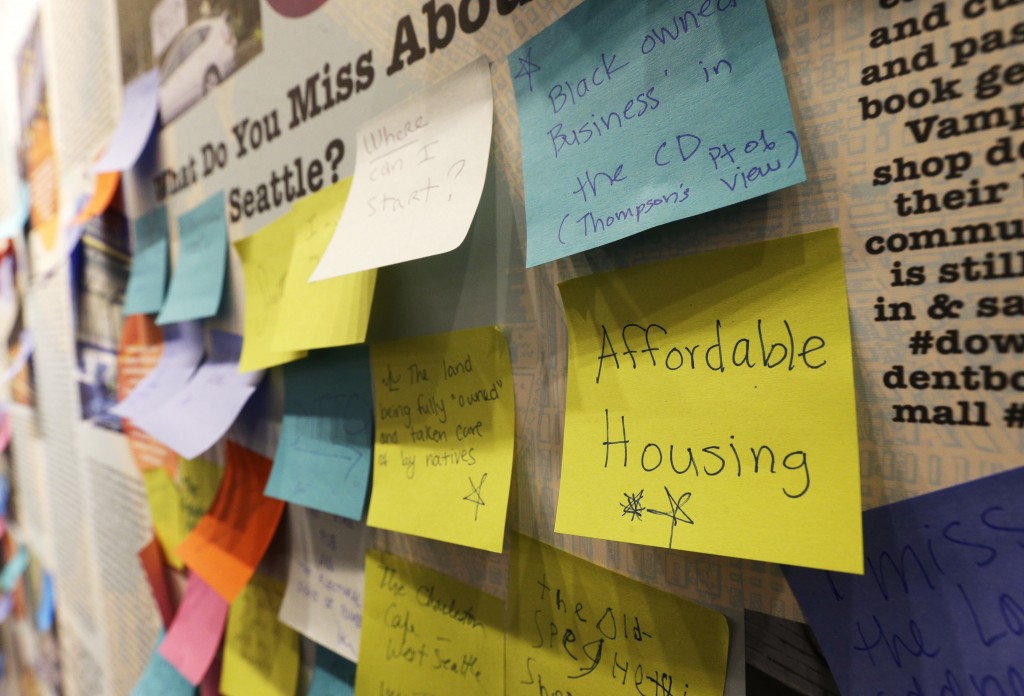 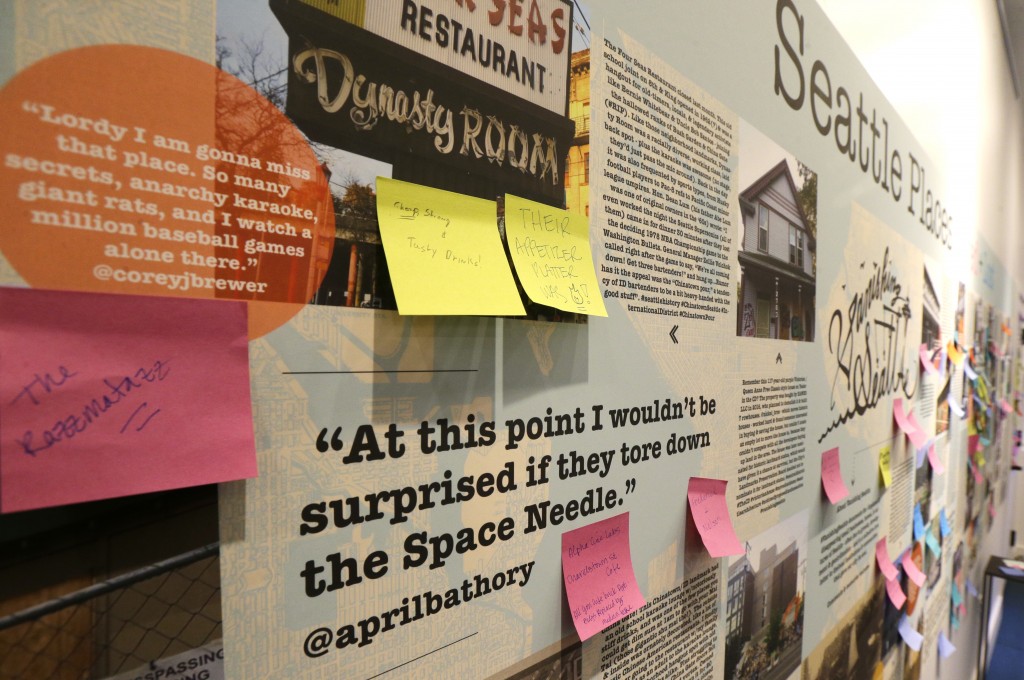 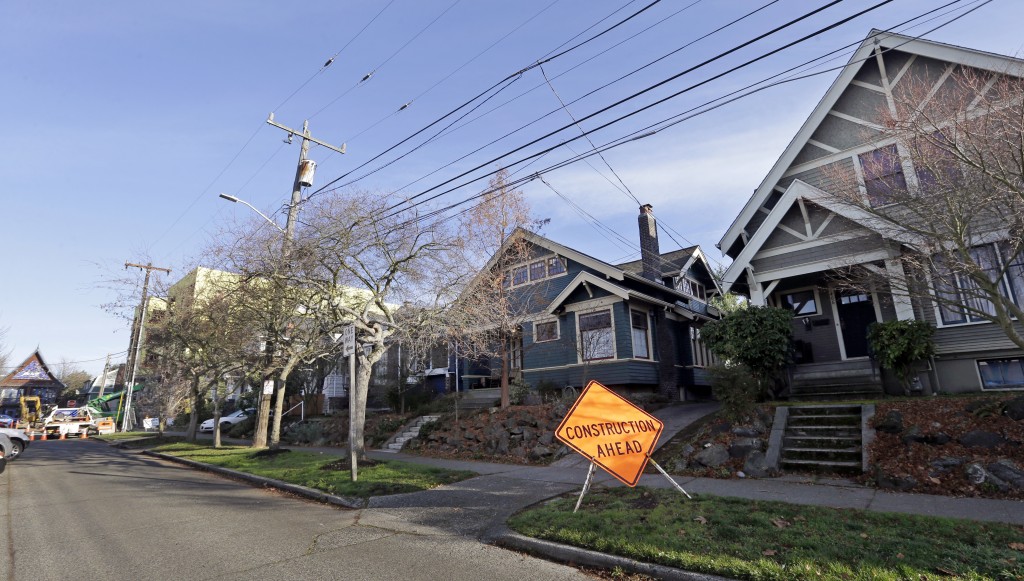 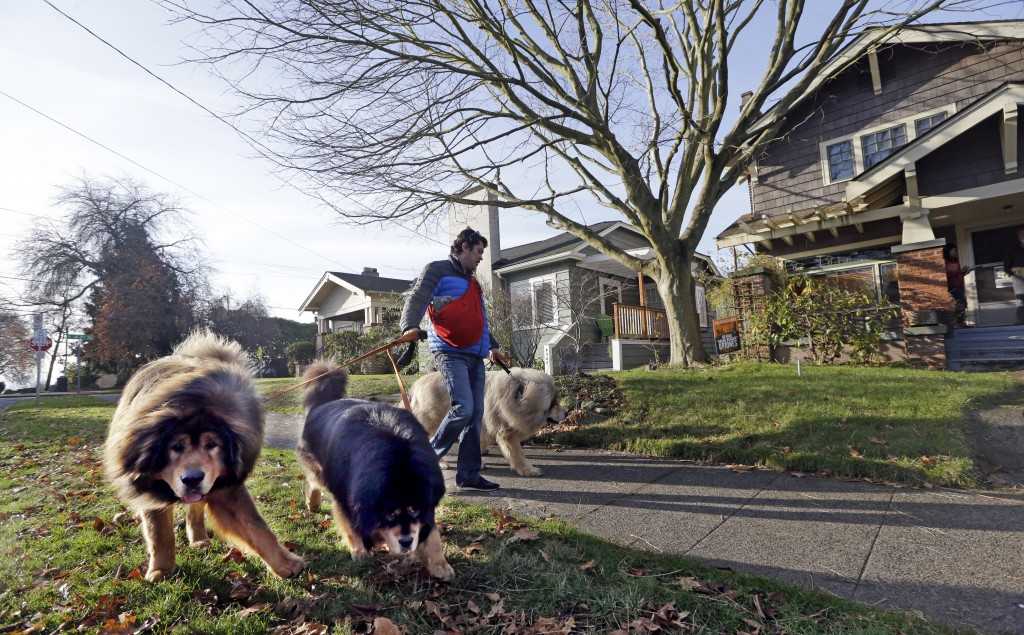 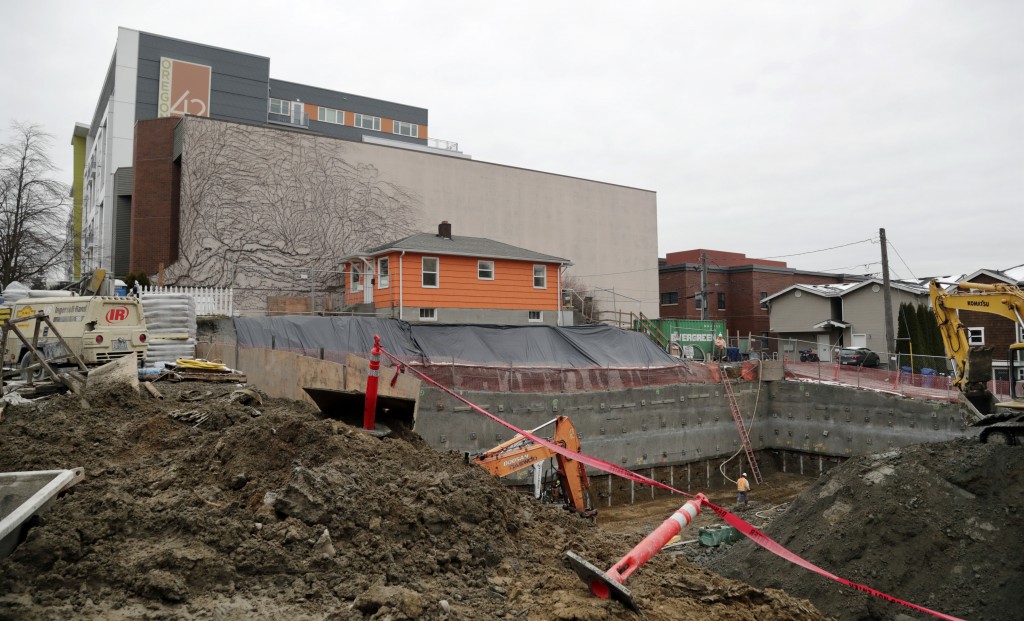 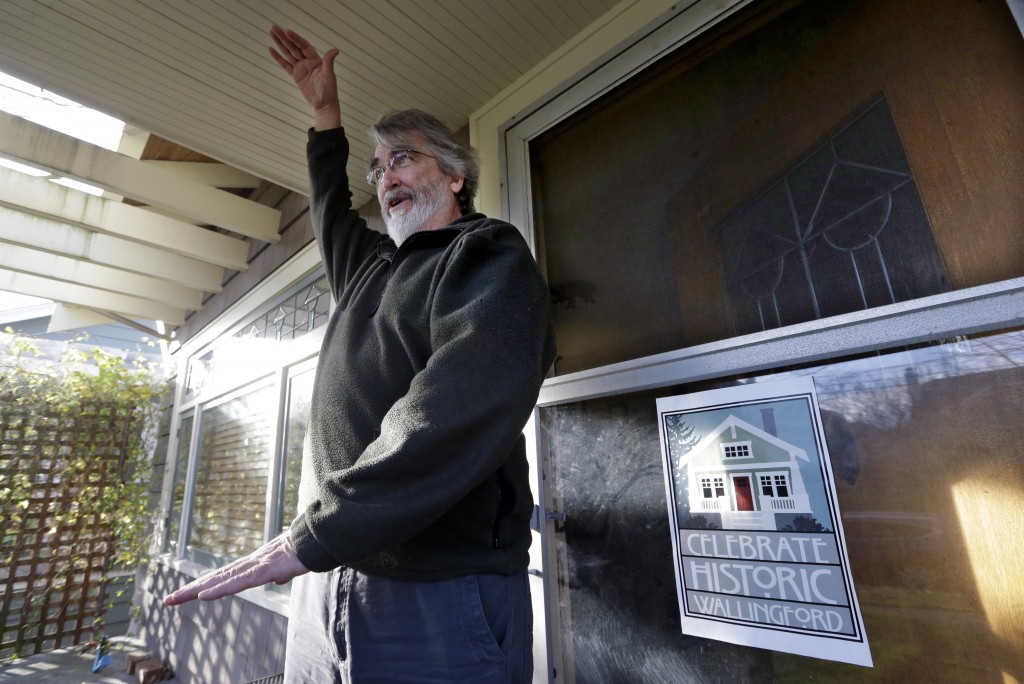 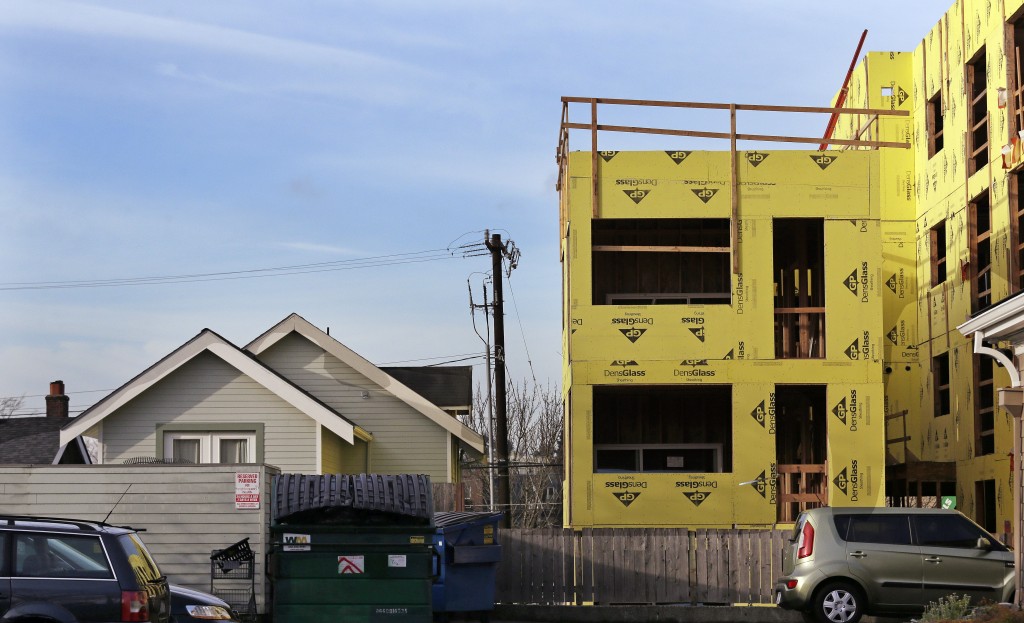 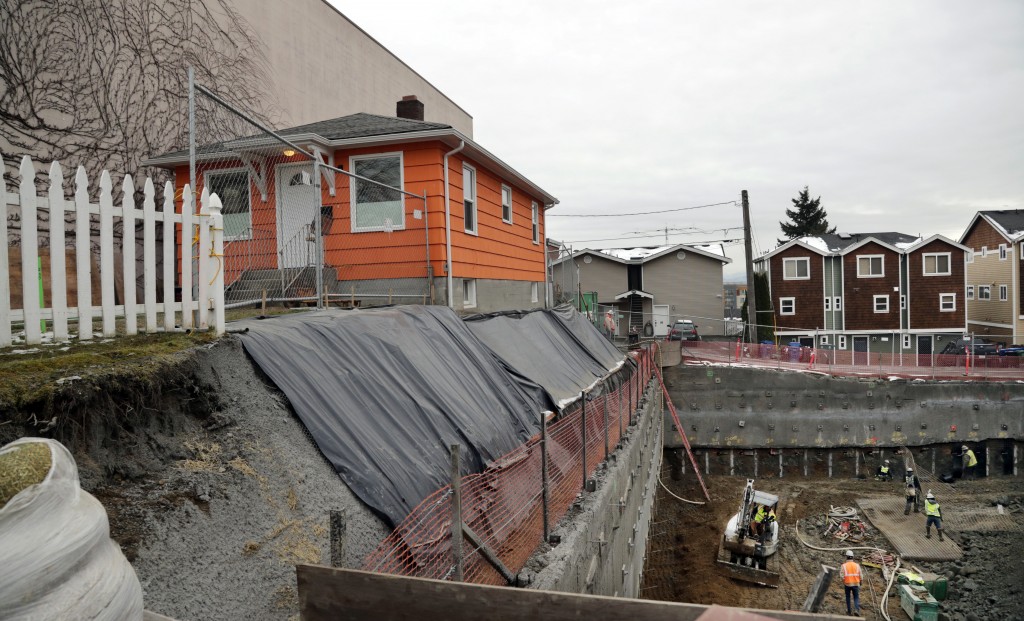 SEATTLE (AP) — Seattle's booming tech industry has brought a massive influx of new residents with big wallets to the city. But an ensuing housing crunch has led to skyrocketing rents and home prices that have strained middle- and working-class families and deepened the city's crisis of homelessness.

To keep construction humming and help people of all incomes stay, city officials have come up with what's dubbed the "grand bargain": Let developers build taller and denser in core areas across the city and require them to either include units that working-class people can afford, or pay for projects to be built elsewhere.

Backlash was swift from those worried increased heights and density will change the character of single-family neighborhoods that dominate this picturesque Northwest city.

But equally vocal groups have formed to back the city's mandatory housing affordability plan, which aims to create 6,200 new affordable units over 20 years for those making 60 percent of area median income.

As the city has grown, "there's a real sense of some folks winning and some folks losing as part of that growth," said Seattle Councilmember Rob Johnson, an urban planner who is sponsoring the housing proposal. The first of several public hearings is set for Monday night.

"If we make no changes to zoning, those buildings will be built, and they will be built without affordable housing components to them," he added.

Cities such as San Francisco, New York and Washington, D.C., have policies that require development to include affordable units. Philadelphia is among those weighing similar mandates.

Friction over growth is playing out in other cities grappling with housing shortages. In Portland, Oregon, the city's plan to accommodate growth partly by allowing taller buildings downtown has stirred opposition. In California, a controversy is brewing over a state bill that eases building restrictions around transit hubs and corridors and end parking requirements.

The city subsidizes housing for the poorest, and the market is expanding for top-income brackets. But little has been done for those in the middle who already spend too much of their wages on rent, Johnson said.

Seattle's median home price has skyrocketed to $757,000 — the highest ever, according to the Northwest Multiple Listing Service. Average rent for a one-bedroom apartment has increased 35 percent over five years, but recently started to dip.

The changes have led to angst and soul-searching.

"It's forcing us to have a hard, divisive conversation about what we want to be as a city," Councilmember Mike O'Brien said.

Critics say the plan gives away too much to developers and isn't the best way to add affordable housing. They also say it will lead to older and theoretically cheaper apartments and homes being torn down.

A coalition of groups is challenging the city's environmental review of the plan, saying it didn't adequately consider issues such as the impacts to schools, traffic, parking and trees.

"It's being sold that we have to change the zoning in order to accommodate the growth. Are the zoning changes the best way to get affordable housing?" said Susanna Lin with Seattle Fair Growth, a neighborhood group opposed to the plan. "You increase the rate of displacement. You lose the historical character, and communities are uprooted."

Supporters say more housing closer to transit, schools and services would limit sprawl and accommodate surging demand. Options beyond pricey single-family homes — such as duplexes, cottages, tiny apartments and high-rises — would allow those with more modest incomes to live in desirable neighborhoods. Existing homes are already being torn down and replaced by expensive McMansions, they said.

"People are afraid of the unknown, but they won't see as much change as they're afraid of," said Jay Lazerwitz, an architect who has lived in Seattle for 33 years and supports the plan. "We're not losing huge swaths of single-family homes."

From his two-story Craftsman home, Greg Flood points down the street to where a yellow crane looms above a construction site of a 40-foot (12-meter) apartment complex in the Wallingford neighborhood just minutes from downtown.

Buildings three to four stories high would be allowed on his street, now dotted with bungalows and stately Craftsman homes. "You can add density without adverse impacts to parking, light, gardens, yard space," said Flood, who noted there are areas in the city already zoned for denser buildings. The proposal would allow multi-unit apartments right next to a smaller single-family home, creating a disparity in size and scale, he added.

Several blocks north, Bryan Kirschner welcomes the changes as a way to add economic diversity. He said single-family zoning historically has excluded certain people from many parts of the city.

"We're all better off if people of different ages, income, backgrounds and ethnicities live together in mixed neighborhood," said the 46-year-old who works at Google.

Ethan Phelps-Goodman, founder of Seattle Tech 4 Housing, said tech salaries are to blame for the housing crisis. But tech workers, including those in his group, are increasingly working to advocate on issues such as affordable housing, he said.

"Good projects get derailed by thoughtless opposition," Phelps-Goodman said. "Having an economic boom in theory should only give you more resource to address the programs."