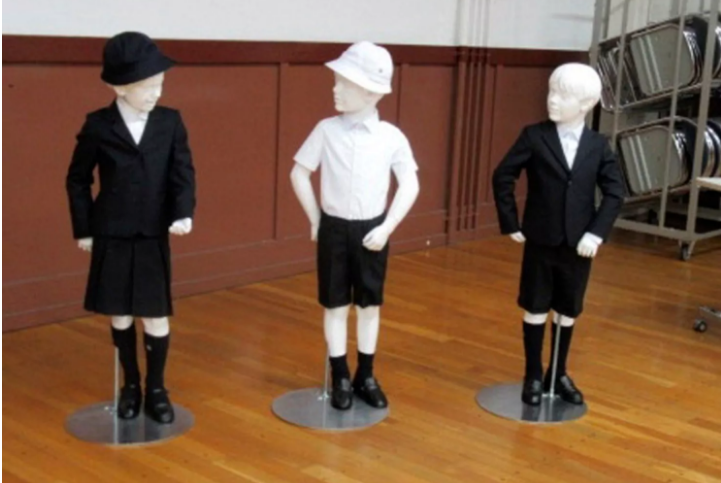 Taimei Elementary School in Tokyo's upscale Ginza shopping district has announced plans to introduce the new uniform option, which costs more than 80,000 yen ($730) for a full set. A minimum set — a navy-blue jacket and matching trousers or skirt, a long-sleeve shirt and a hat — would be more than twice the price of the current uniforms.

The school's principal, Toshitsugu Wada, told a news conference Friday that the top fashion brand would fit Taimei's identity as "a school of Ginza." He said he chose Armani because its boutique is near the school. Wada acknowledged the new uniform would cost more, but considered it worth it. He said his decision is unchanged despite the criticism.

"I thought Taimei can use the power of the foreign fashion brand for its identity," he said.

The Armani uniform, to be launched in April, is recommended but not compulsory.

In Japan, where a sense of belonging and conformity are valued, uniforms are worn at most secondary schools and used to be considered durable and thrifty. Prices have jumped in recent years and have become a big initial investment for Japanese parents.

"Armani at a public elementary school?" asked Naoki Ogi, a popular education commentator, in his blog. "It's like saying no to poor people and welcoming only those who take pride in Armani."

Besides the cost, critics say uniforms are part of rigid school rules that could infringe on diversity and children's rights.

Government education officials said Friday that school principals are free to set school rules and uniforms, but that in the Taimei case they should have done more to reach a consensus with parents.

"Schools should be mindful of uniform prices so that parents won't be overburdened," Education Minister Yoshimasa Hayashi told reporters. "We also expect them to have sufficient discussions in the process with involved parties" including students, parents or parent-teacher associations.

The Armani uniform also came under attack in parliament Thursday.

"School uniforms are already more expensive than the business suits we wear," said Manabu Terata, an opposition lawmaker. "But these uniforms at Taimei Elementary School are especially questionable."

School uniforms tend to be expensive because they come with special school emblems, buttons and other designs.

It's also a billion-dollar market, dominated by a few major manufacturers and competition is lacking, according to a recent Fair Trade Commission report.

Even Finance Minister Taro Aso, a descendant of a former aristocrat known for his dandy fashion, called the costs "pricey."