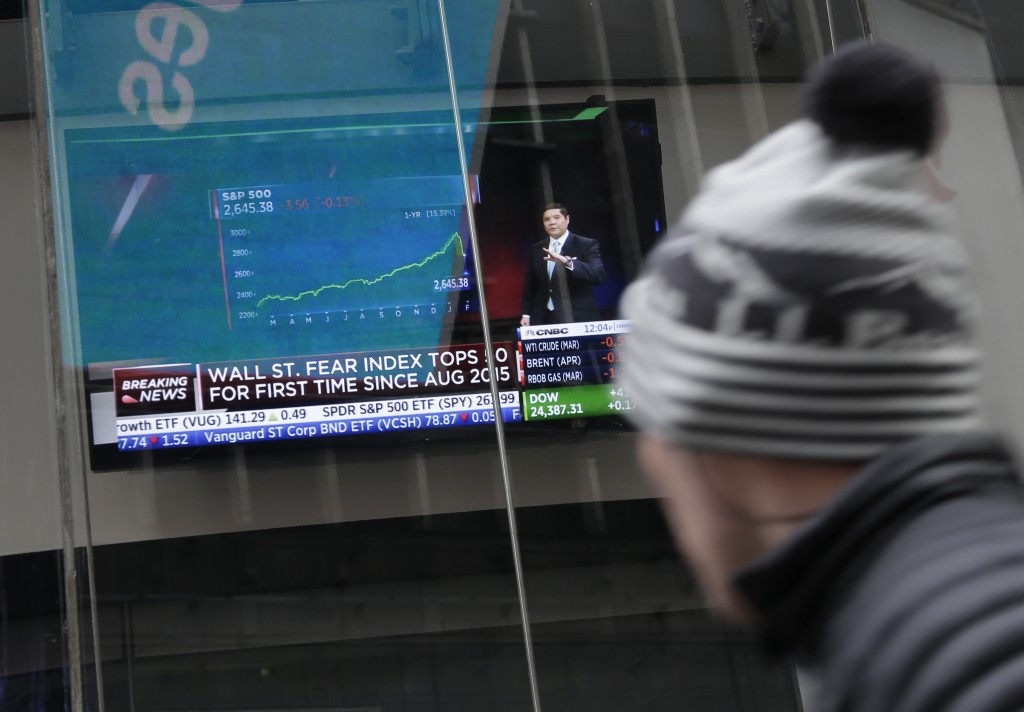 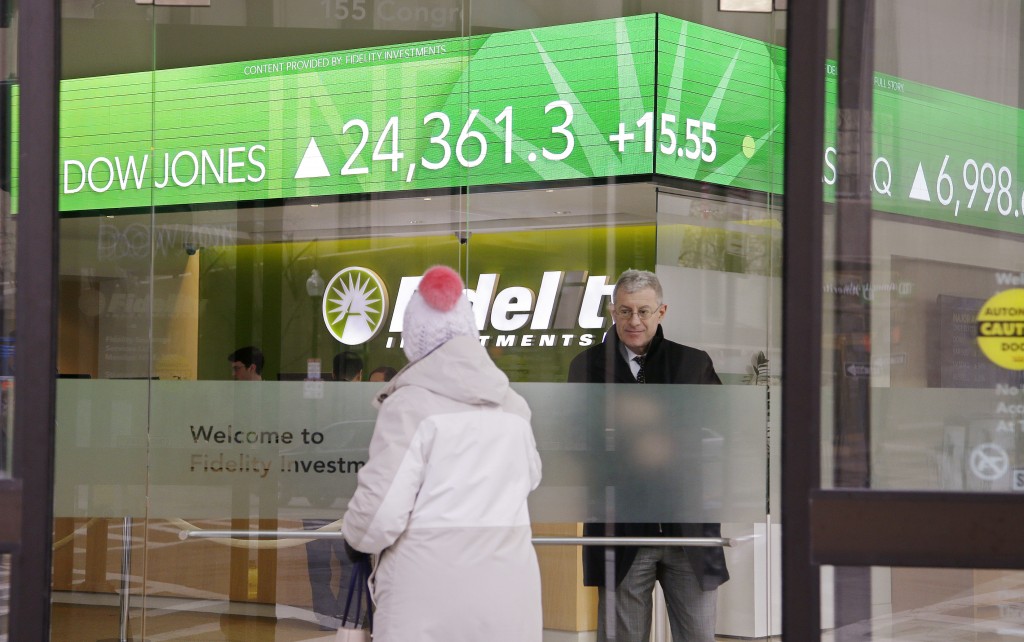 NEW YORK (AP) — The economy is expanding, companies are handing out bonuses, tax rates are plunging and corporate earnings are rising.

So why are investors so jittery?

A big reason is that stocks are too expensive, says Jack Ablin, chief investment officer of Cresset Wealth Advisors. And Tuesday's gains notwithstanding, he suspects investors are finally coming grips with this.

For five years now, stocks have risen in value twice as fast as earnings, according to a report by Ablin. Other studies based off a popular valuation measure championed by Nobel Prize economist Robert Shiller have noted stocks relative to long-term earnings haven't been this expensive since the dot-com boom nearly two decades ago.

Just like art collectors eyeing a great painting, it turns out investors can love stocks too much, too.

"No one doubts that a Van Gogh is a beautiful piece of art, but the price you pay can be too high," Ablin says. "How much do you want to pay for earnings?"

Already before Donald Trump took office last year, professional investors who manage retirement money and mutual funds were showing a rare case of nerves, calling the market "fully priced." In the buy-buy atmosphere on Wall Street, that was as close to a call to "sell" stocks as you can get.

Even Trump, lately a big fan of the stock market gains, had his doubts, calling it a "big bubble" shortly before the election.

To be sure, there are plenty of reasons for optimism about stocks. Tax cuts and deregulation are sure to fatten profits.

The trigger for the latest swings in the market came on Friday when the Labor Department reported U.S. wages jumped 2.9 percent last month from a year earlier. That was the fastest such increase in more than eight years. Higher wages eat into corporate profits, and can send stocks down.

Higher wages also often presage higher inflation, and yields on bonds have surged in response. That could entice investors to shift money from stocks to bonds, another reason stocks are getting hammered.

The yield on the 10-year Treasury note rose to 2.80 percent Tuesday, up from about 2 percent as recently as September.

"Rates are backing up faster than I or anyone else anticipated," says John Manley, a stock analyst at Wells Fargo Funds Management. "People are worried."

Foreign investors facing punishingly low yields in their own countries have been desperate for a way to earn higher returns. The yield of the 10-year government bond in Germany is only 0.68 percent, for instance, more than two percentage points lower than in the U.S.

The steep stock drops of recent days are also dredging up old fears about the underpinnings of the now 9-year-old bull market. It's the second longest on record, and the gains have been huge, with prices roughly quadrupling. But it's also been distinguished in other, less reassuring ways.

Companies have played an outsize role in driving prices higher, spending trillions to buy back their own stock to fill a hole left by individual investors, foreign buyers and other major buyers who've mostly stayed on the sidelines or sold. Index funds that buy automatically, and allocate more and more money to the fastest climbing stocks, have taken on new prominence.

And while the Federal Reserve has helped push stocks higher with interest rate cuts in prior bull runs, this time it also pumped trillions of dollars into financial markets, an unprecedented stimulus.

The shift to higher rates signals that the Fed's easy-money policies are coming to an end.

A new chairman of the central bank, Jerome Powell, took over Monday. The Fed is expected to raise short term interest rates controlled by the central bank at least three times this year, though that could change if more signs of inflation emerge.

Fed hikes were responsible for three of the past four recessions.

Wells Fargo's Manley isn't worried that the Fed will move too fast and "strangle" the economy. Still, he says this "transition" is spooking many investors.

AP Writer Carlo Piovano in London contributed to this report.