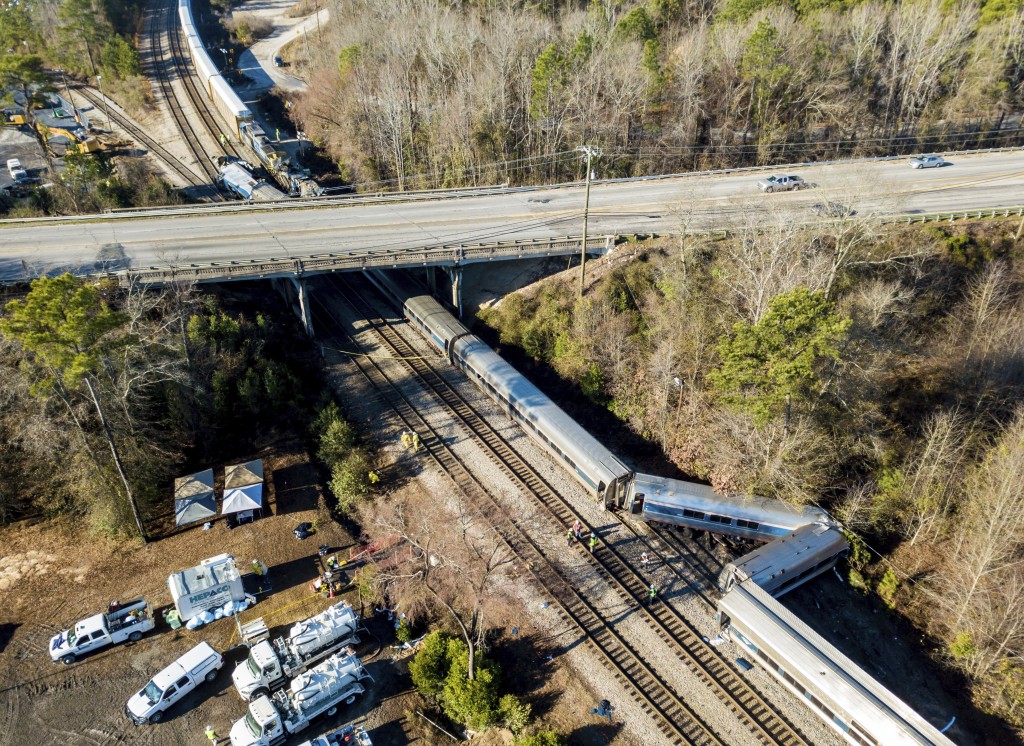 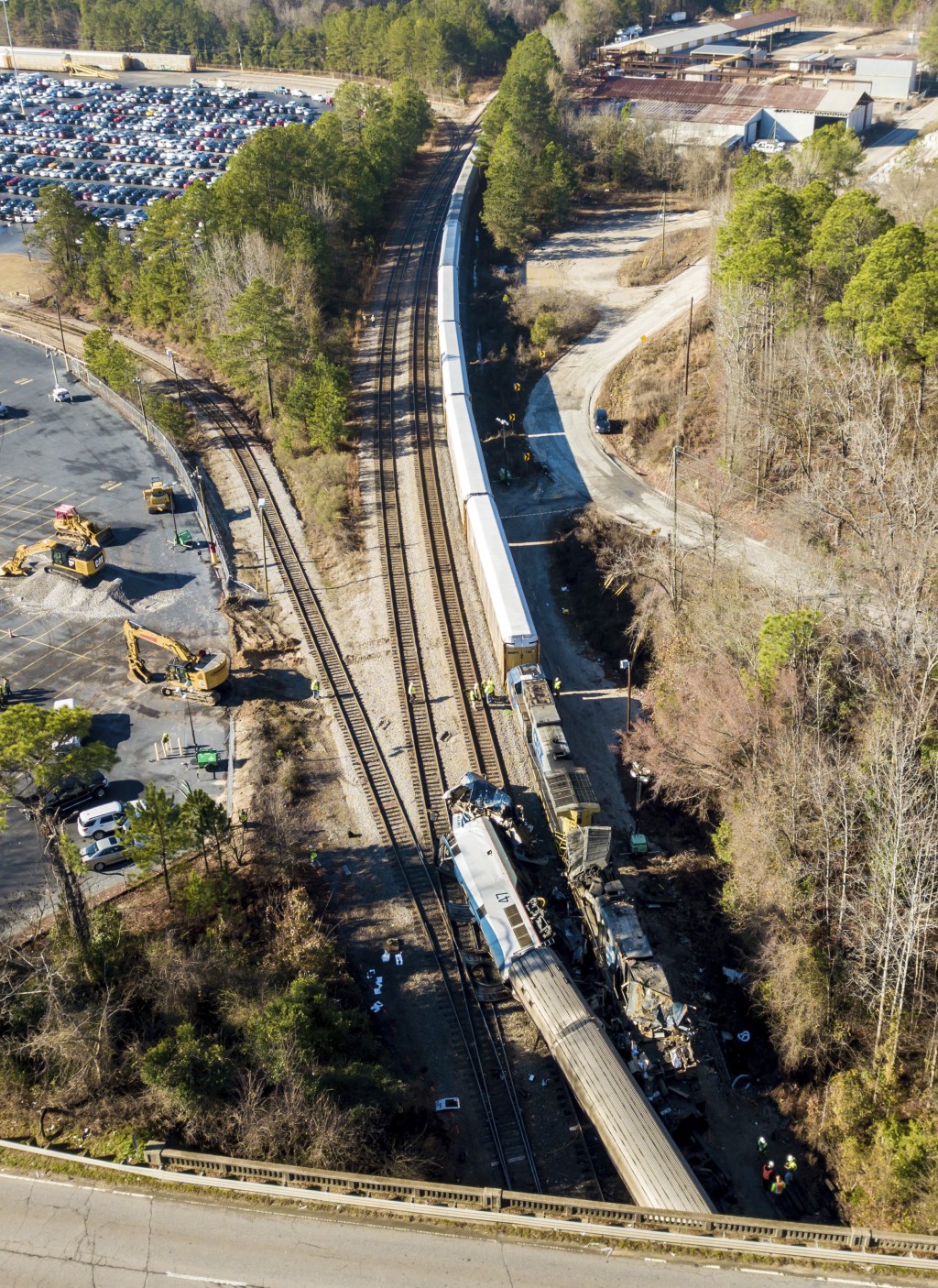 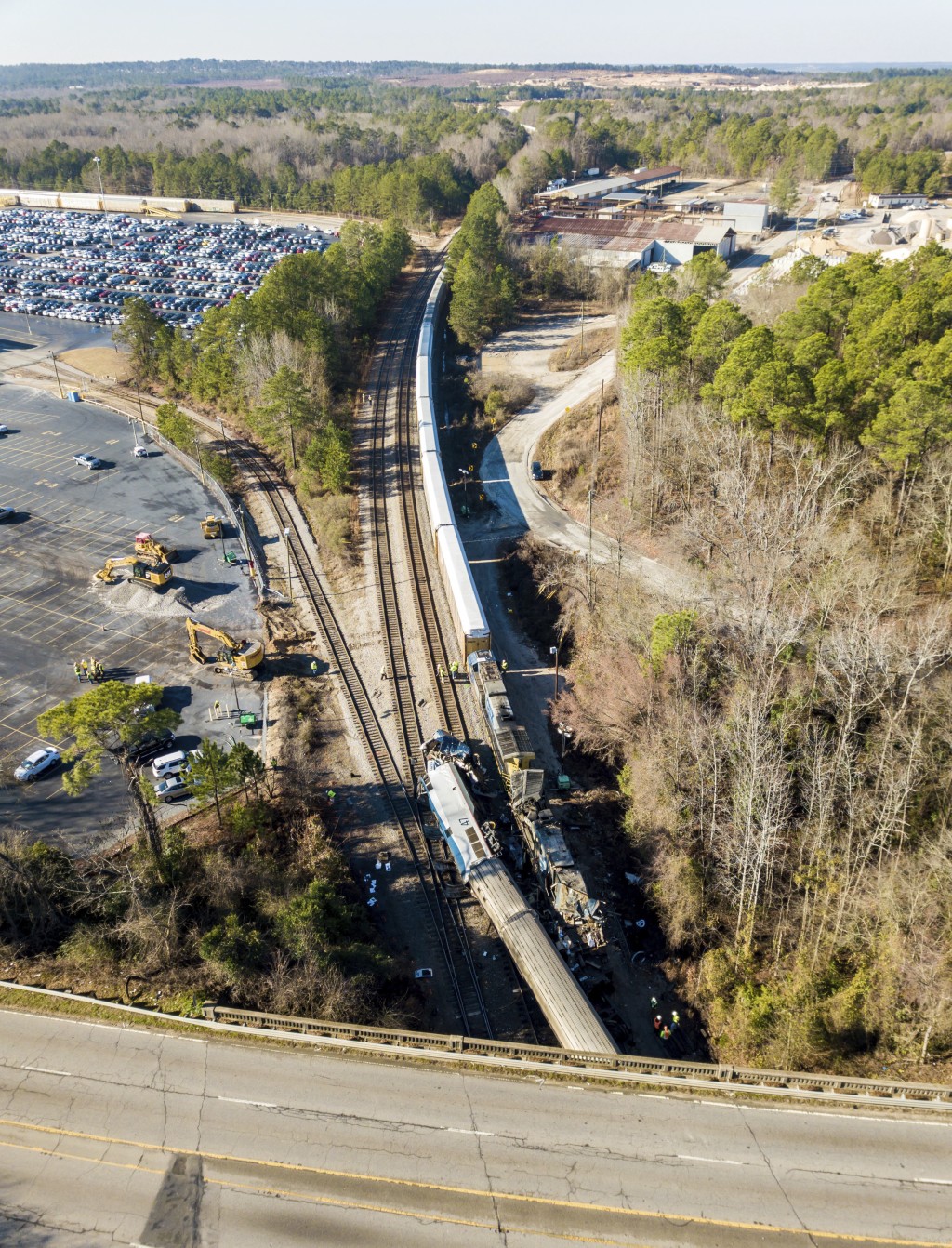 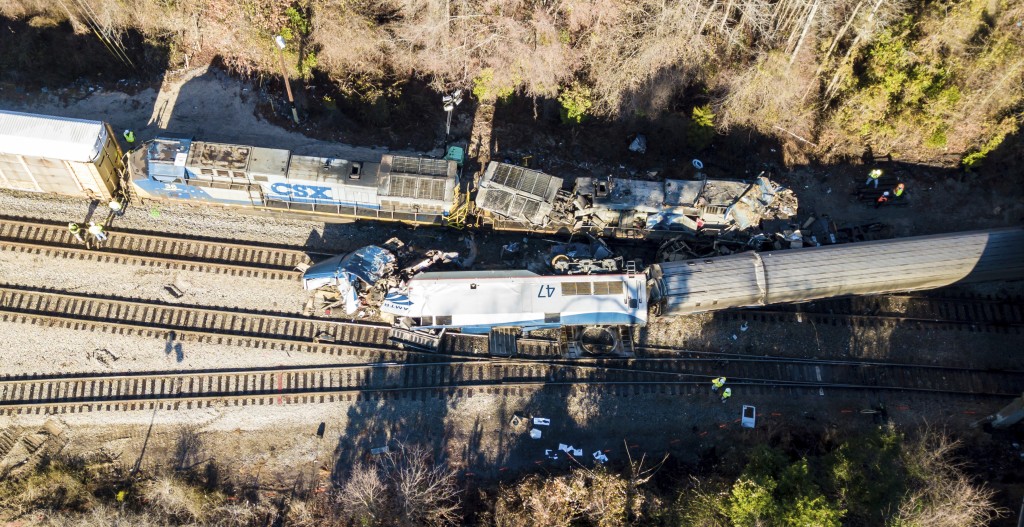 CAYCE, S.C. (AP) — The engineer killed in a train crash in South Carolina visited a counselor to help him cope after being rattled in a previous wreck less than a year before, his mother said.

Michael Kempf 's train hit a vehicle at a rail crossing in the first crash, Catherine Kempf, 86, said in a telephone interview Monday from the Savannah, Georgia, home she shared with her son and his wife.

Catherine Kempf said she didn't remember specifics about the collision on her son's normal route in the Carolinas, but she said the wreck left him upset because he knew "he had people's lives in his hands," she told The Associated Press.

Kempf and conductor Michael Cella, 36, of Orange Park, Florida, were killed in the train crash early Sunday near Cayce, South Carolina. More than 100 passengers were treated at hospitals for injuries. It was the third fatal Amtrak train crash in less than two months.

Cella's wife, Christine, declined to talk to the AP about the man who had been her partner for about 20 years. "There's just ... it's too much right now," she said by phone.

Investigators said Monday that railway signals were out while crews installed a safety system that could have prevented the exact type of crash that killed Kempf and Cella early Sunday near Cayce, South Carolina.

Their Amtrak train was diverted to a side track and slammed head-on into an empty freight train, authorities said.

Automated signals that could have warned the passenger train to stop before reaching the switch sending it down the side track were turned off as workers installed a GPS-based system called positive train control, or PTC, National Transportation Safety Board Chairman Robert Sumwalt said.

A day before, Sumwalt told reporters "an operational PTC is designed to prevent this type of incident."

The crew that parked the CSX freight train on the side track and left the padlocked switch in position to divert trains from the main line were interviewed Monday, along with the dispatcher keeping up with trains in the area as the signals weren't working, Sumwalt said.

Sumwalt told reporters he had not been briefed about what the CSX workers said.

The Amtrak engineer sounded his horn seven seconds before the crash and applied emergency brakes three seconds before the train collided with the other locomotive at 50 mph (80 kph), Sumwalt said, citing information from the passenger train's data recorder.

"The expectation for the Amtrak crew is that they were clear," Sumwalt said.

Positive train control is already installed in parts of the U.S. The system is designed to prevent two trains from traveling on the same track at the same time.

Positive train control relies on GPS, wireless radio and computers to monitor train positions and automatically slow or stop trains that are in danger of colliding, derailing from excessive speed, or about to enter track where crews are working or that is otherwise off limits.

Railroads were given seven years to start using the technology across the country's 20,000 locomotives and 60,000 miles of track. But when it became clear that few if any railroads would meet the deadline, Congress extended it another three years to Dec. 31, 2018, with the option to grant railroads that show progress an additional two years to Dec. 31, 2020. Several freight railroads have previously told the government they won't be able to meet the 2018 deadline.

Overall, freight railroads have implemented PTC on 56 percent of required route miles, according to the Association of American Railroads. The association said it's not clear yet how many of the seven large freight railroads operating in the U.S. will require extensions.

Kinnard can be reached at http://twitter.com/MegKinnardAP. Read more of her work at https://apnews.com/search/meg%20kinnard.