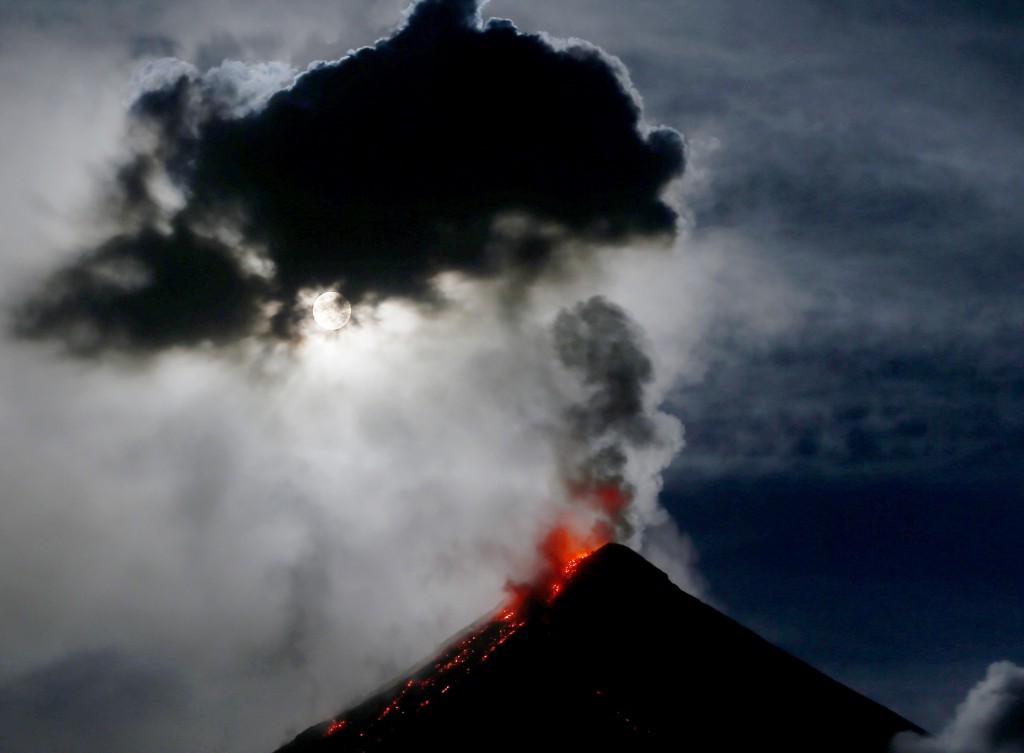 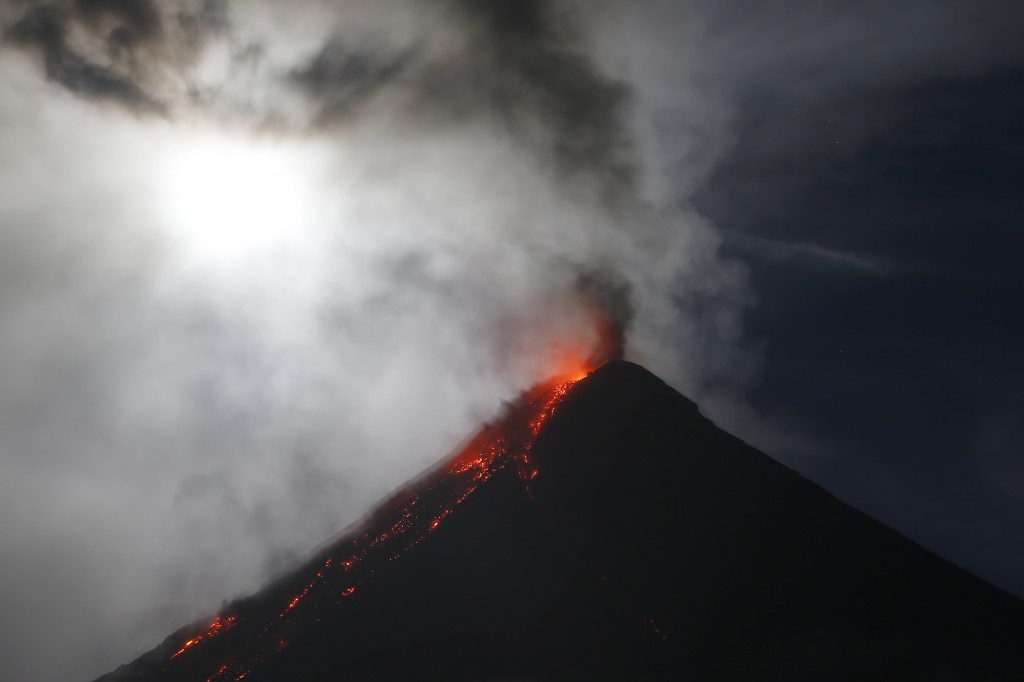 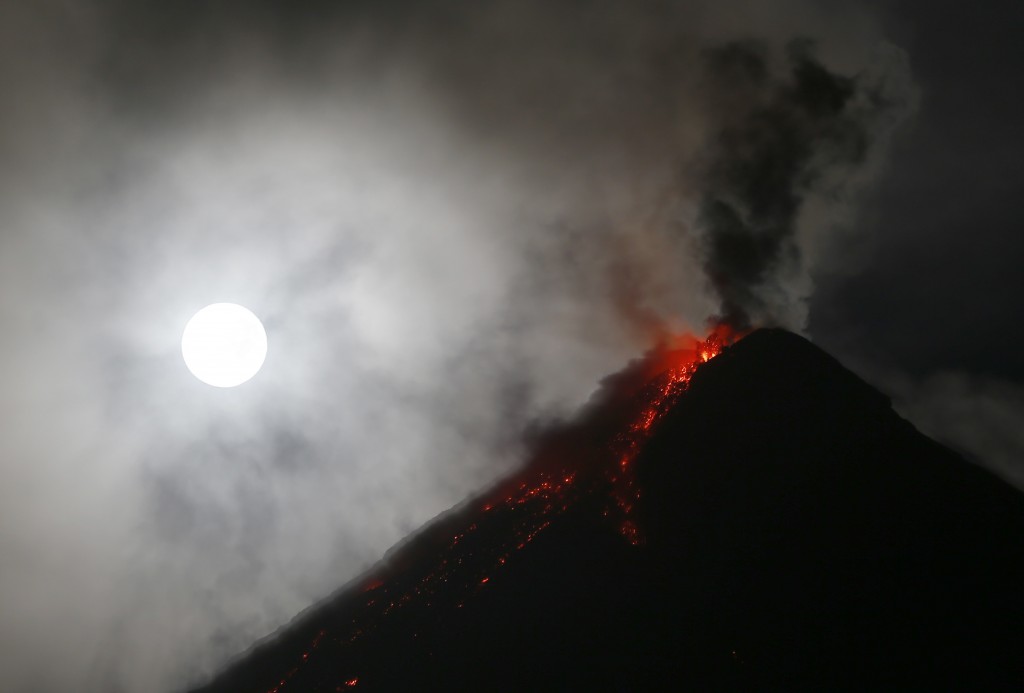 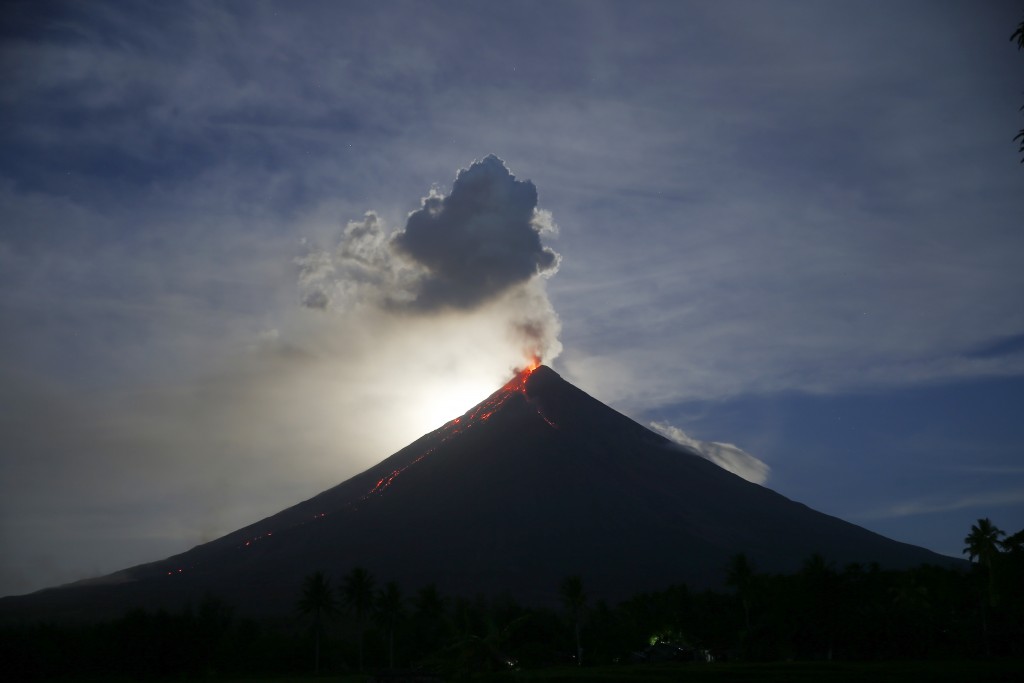 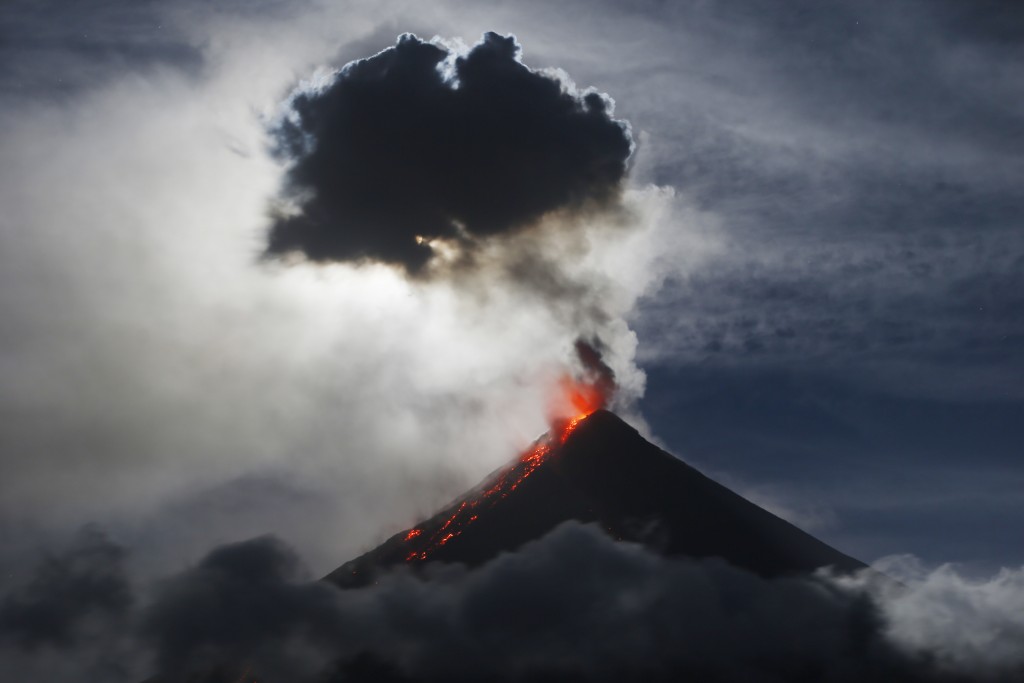 LEGAZPI, Philippines (AP) — Lava flowing out a Philippine volcano has spread up to 3.6 kilometers (2.2 miles) since it began intense eruptions more than two weeks ago.

Streaks of red glowed atop the summit of Mount Mayon during a mild eruption Thursday morning as the moon set, hours after a blue moon and supermoon coincided with a lunar eclipse.

The Philippine Institute of Volcanology and Seismology said lava fountains and emissions of gas and ash have been sporadic. The eruptions fed lava flows in two areas that already exceed 3 kilometers (1.8 miles). The danger zone around Mayon extends 8 kilometers (5 miles), though authorities have struggled to keep villagers from returning to check on their homes and farms and tourists from trying to photograph the volcano's dramatic displays.

Mayon in northeastern Albay province has been erupting for more than two weeks, forcing more than 84,000 villagers to flee to crowded emergency shelters. Scientists fear a more violent eruption could be imminent.