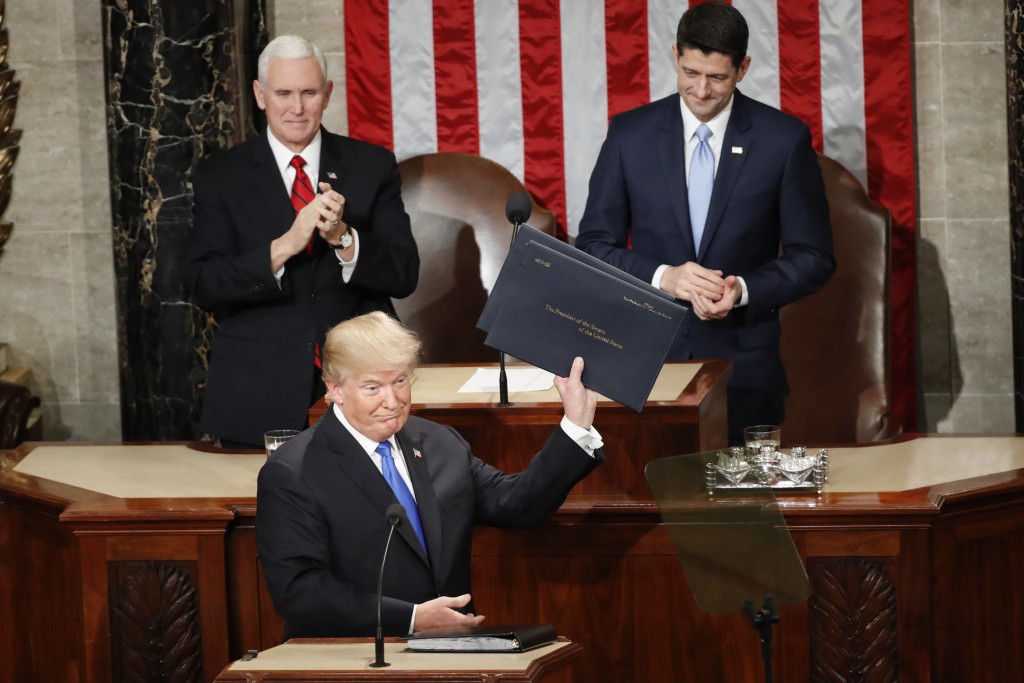 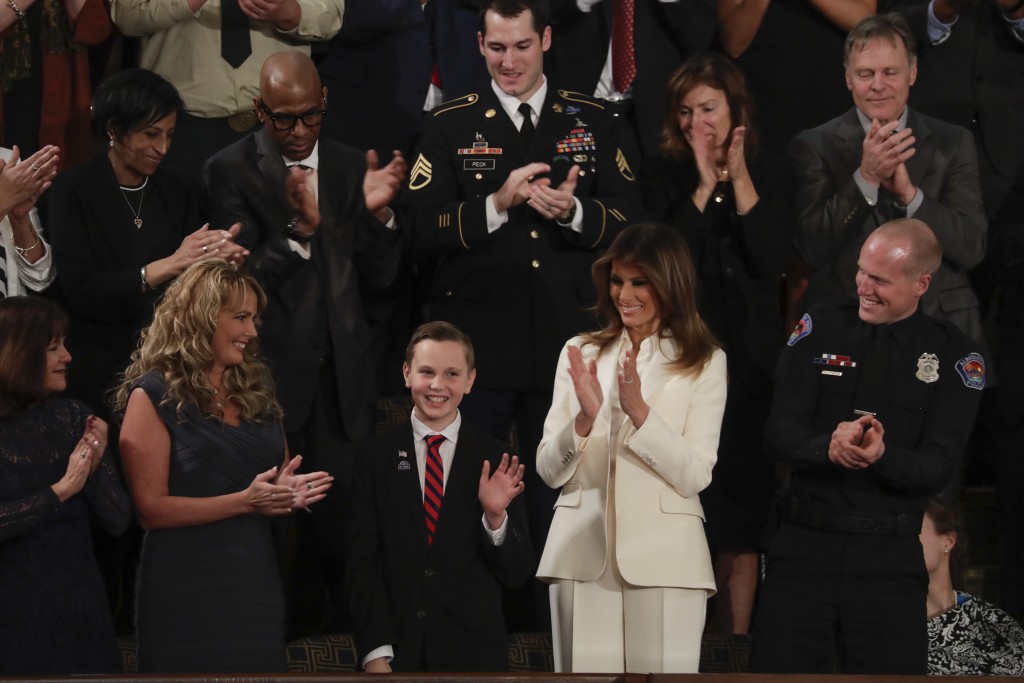 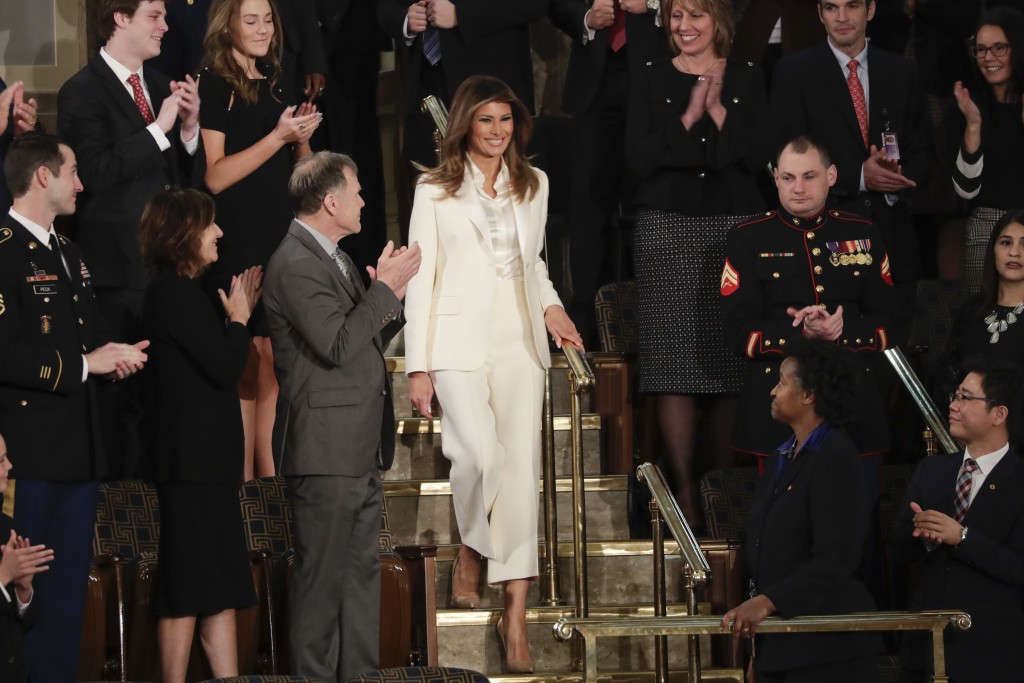 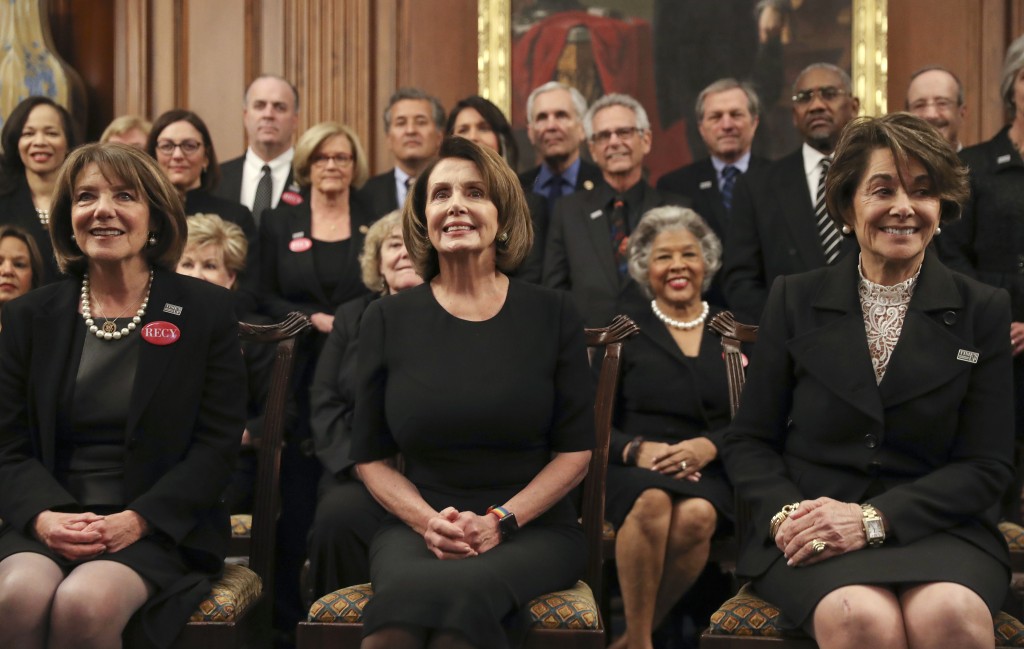 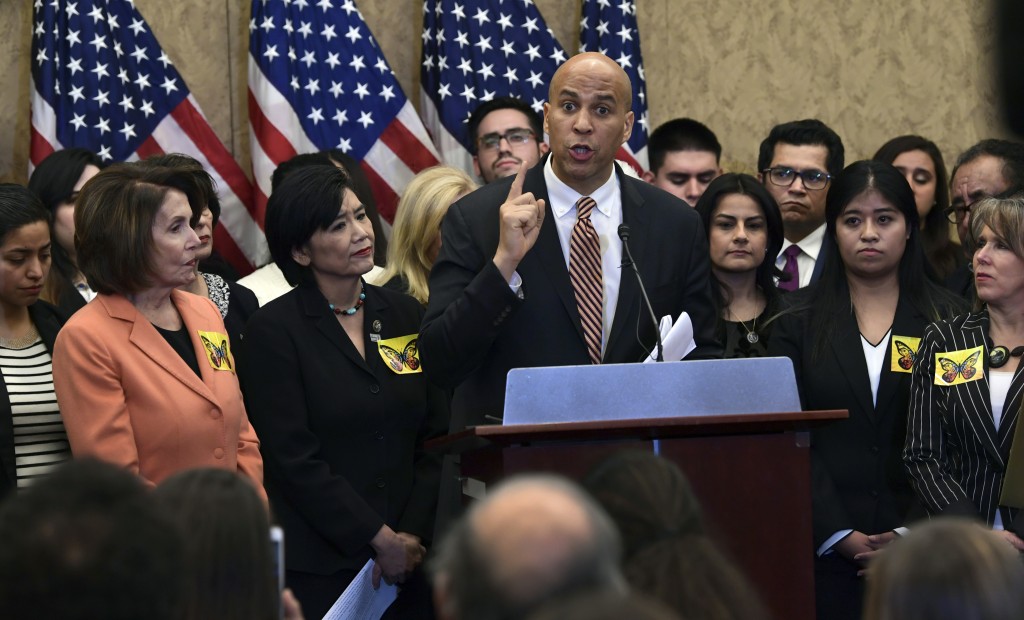 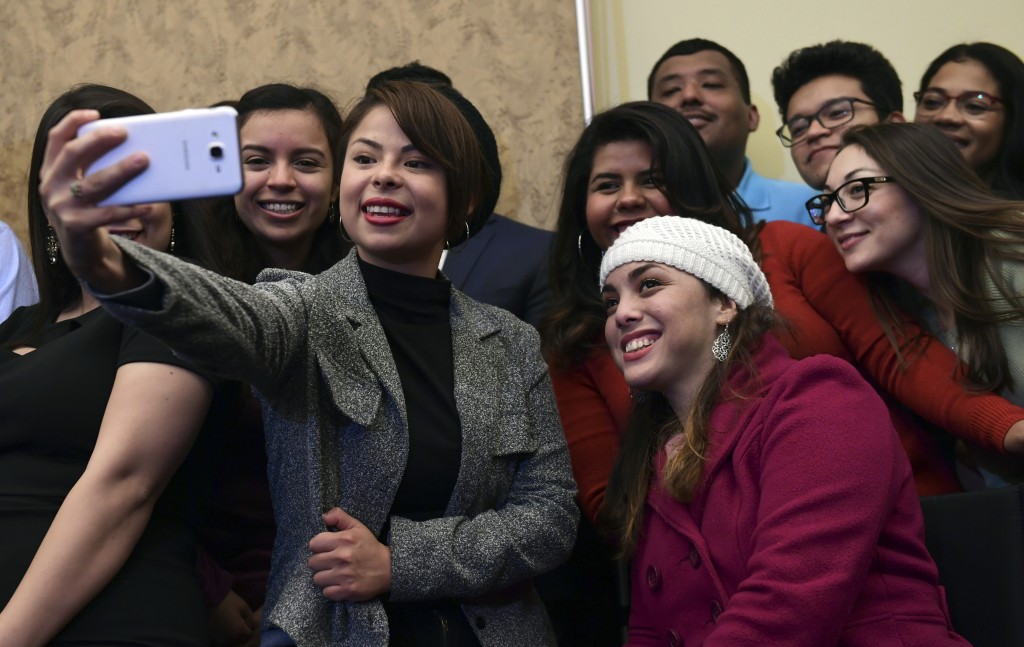 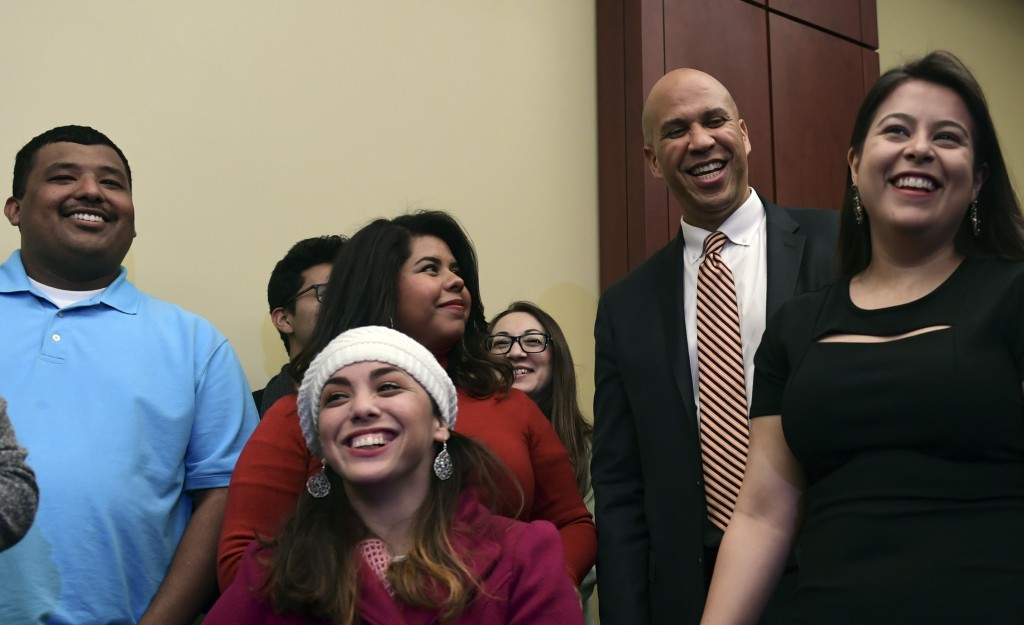 WASHINGTON (AP) — Scenes from the Capitol on a night of pomp, pageantry and politics for the State of the Union address:

It wasn't the longest State of the Union address. That designation still goes to former President Bill Clinton.

But an hour and 20 minutes of President Donald Trump talking Tuesday was plenty long enough for House Democrats. Just before Trump finished, their leader, Rep. Nancy Pelosi, made eye contact with Rep. Joe Crowley of New York and pointed toward the back of the House chamber.

Democrats followed their lead and made an unusually quick beeline for the exits.

Earlier, Pelosi had warned House Democrats not to leave the chamber mid-speech.

Trump's first State of the Union address clocked in at about eight minutes shorter than the final such address by Clinton.

They could all agree to support 12-year-old Preston Sharp and his project to plant flags on the graves of veterans. But it was a different story when President Donald Trump used that good deed to scold athletes, ahead of the Super Bowl, who kneel during the national anthem.

Members of Congress, the Cabinet, the Supreme Court and assorted guests applauded Trump's shout-out to Preston, who noticed that not every grave was decorated with a flag at the California veterans' cemetery where his grandfather was buried. He started collecting donations and, two years later, had decorated 23,000 graves.

"Preston's reverence for those who have served our nation reminds us why we salute our flag, why we put our hands on our hearts for the pledge of allegiance," Trump said during his speech, drawing applause.

But the mood changed when the president added: "... and why we proudly stand for the national anthem."

Their leader, Nancy Pelosi, warned Democrats to behave during Trump's address and "let the attention be on his slobbering self." The president didn't slobber.

They laughed out loud when Trump cast his immigration proposal as a down-the-middle compromise.

And they groaned when Trump spoke of ending "chain migration."

Pelosi extended her hands to try to quiet her colleagues.

With all eyes on her, a poised Melania Trump took her seat in the gallery above the packed House moments before her husband delivered his State of the Union speech.

Mrs. Trump, sheathed in an all-white Dior pantsuit, had traveled to the Capitol separately from President Donald Trump after holding White House and Capitol receptions for her guests. A White House aide said the couple was expected to return together to the White House after the speech.

After the report, the couple's anniversary passed without public comment. Mrs. Trump abruptly canceled plans to accompany her husband to Davos, Switzerland.

Last year, President and Mrs. Trump traveled to the speech together.

Mrs. Trump did not react as Trump began his speech with an acknowledgement of "the first lady."

Rep. Rodney Davis, R-Ill., strolled through the Capitol before the speech with a guest who was attracting more attention than he was.

Tall and sporting a ponytail was Jayson Werth, an outfielder who played the last several years for the local Washington Nationals. Werth said he has an organic farm in Davis' district.

Asked if he was a Trump supporter, Werth said he was a moderate.

"I'm just spreading my wings a little bit," he said.