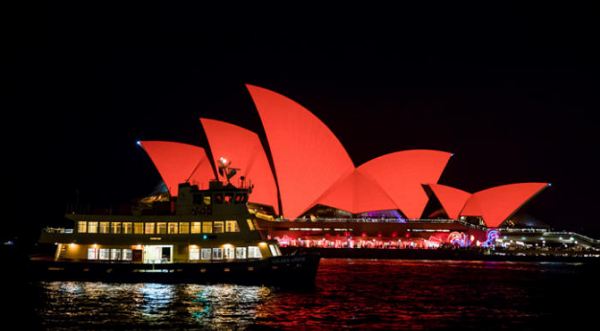 "The government is committed to an open foreign investment regime that strikes the right balance in managing national security risks, while promoting job opportunities and enabling economic growth," the statement said.

Companies selling Australian farms and ranches will have to advertise to Australians first.

"We welcome foreign investment in Australian agricultural land where it is not contrary to the national interest," Morrison said in a separate statement.

Morrison said concerns about Australians' ability to compete for land was a factor in his 2016 decision to rule out foreign ownership of Australia's largest cattle empire covering more than 101,000 square kilometers (39,000 square miles), vetoing a Chinese-led bid.

A month earlier, Morrison blocked Chinese bidders from leasing a Sydney electricity grid, saying the deal would not have been in the nation's best interest.

Chinese state-owned State Grid Corp. and Hong Kong-registered Cheung Kong Infrastructure Group were barred from bidding for a 99-year lease for a 50.4 percent stake in Ausgrid due to classified national security reasons.

Morrison's vetoes prompted criticism from China and accusations from some in Australia that his decisions were made to appease influential lawmakers with xenophobic views —a critique the treasurer rejected as false.

The Chinese foreign ministry said on Thursday that Beijing always encourages Chinese enterprises to abide by local laws and regulations, as well as international rules when investing and doing business overseas.

"We hope the relevant countries will provide a favorable, open, fair and transparent environment for Chinese enterprises' investment and business there," foreign ministry spokeswoman Hua Chunying said at a regular briefing.

"We hope all relevant sides can strive together to create favorable conditions and atmosphere for normal economic and commercial cooperation between each other," she added