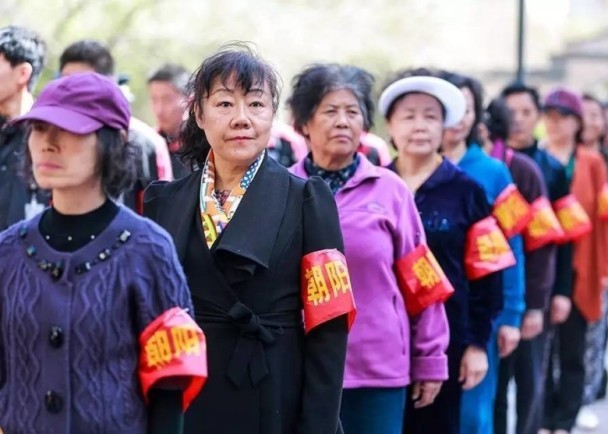 TAIPEI (Taiwan News) – The Chaoyang Masses (朝陽群眾) are a group of public informants that cooperate with local law enforcement in Beijing to report on illegal or dangerous activity in the city. They are named after the Chaoyang district where they originated.

The Chaoyang Masses are reportedly a citizen’s watch group that developed from counter-terrorism efforts enacted by the government in 2014 in which the central government sought to enlist the help of the public to combat an increase in attacks.

In the years since the organization has continued to grow. Several celebrity drug busts have also garnered the group attention over the years.

According to a report from the Beijinger, their numbers recently skyrocketed to 140,000 members in Beijing, doubling their ranks in only 6 months.

If estimates are correct, then the organization could feasibly deploy 300 people per every square kilometer in the Chaoyang District of central Beijing, which is an increase from the 277 people from last year.

The massive surge in their ranks can likely be attributed to the recent introduction of a smartphone application, where any resident of Beijing can be eligible for an RMB 3,000 reward for reporting on a potential crime. The Chaoyang Masses are predominantly made up of retirees, who receive cash rewards from law enforcement agencies in exchange for sharing information. They are easily recognizable, when not in stealth mode, by their red armbands, and often matching hats and vests.

Some internet users have begun (only somewhat jokingly) referring to them as the “fifth largest intelligence force” in the world (following the CIA, KGB, MI6, and MOSSAD), reports the Beijinger.

On Sunday Jan. 28, the Beijing Chaoyang Police Department held a public event to honor the Chaoyang Masses for their assistance over the previous year, in which the elderly informants provided over 8,300 important tips, leading to 370 cases being solved, and over 250 people being arrested, with 390 threats to public safety being addressed.

The implications of the rapidly increasing citizen spy force are quite alarming. The report notes that after a six percent increase over the last year, volunteer security personnel in Beijing now account for a full four percent of the city’s total population.