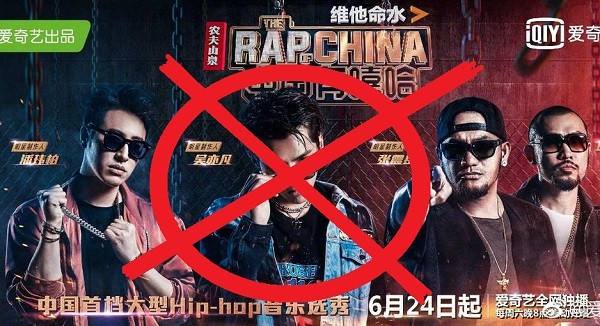 TAIPEI (Taiwan News) – Last week, the Chinese government announced through the State Administration of Press, Publication, Radio, Film, and Television (SAPPRFT) that it would be introduced new standards of acceptability for nationwide programming.

Among the styles and subcultures trends that are no longer permissible on Chinese television are hip-hop music and related fashion, as well as tattoos and other “extreme” body art.

The announcement is part of the Chinese government’s broader efforts to promote a campaign of “national rejuvenation.” The regulators that monitor state broadcasting and film production have decided that such “rejuvenation efforts” necessitate a clean-up of cultural content, to the exclusion of “unhealthy” habits and trends.

The SAPPRFT introduced a list of four categories of items that are “absolutely useless” or the “Four Useless Cultures” (四個絕對不用的文化). They are identified as; Tattoo Art, Hip Hop culture, Anti-mainstream culture, and Funerary culture (紋身藝人, 嘻哈文化, 亞文化/非主流文化, 喪文化/頹廢文化).

“Funerary culture” has also been translated as “decadent” culture, and purportedly includes; drug culture, as well as style and art that glamorizes depression or anti-social tendencies. Gothic, metal or industrial music subcultures would likely fall into this category.

In addition to the four “useless” categories of art and culture, four new explicit restrictions on what is allowed to be broadcast were also announced by the SAPPRFT, and reported by Time.

According to a report from Reuters, the two most noteworthy personalities affected by the ban are two famous rappers in China, “PG One” and “Gai” who have been removed from their public platform for promoting cultural content that is “at odds with Communist Party values.”

Reuters makes it clear that the new guidelines for cultural content represent a preemptive measure to forestall potential platforms and avenues of “youthful dissent,” which if left unchecked could develop into various anti-government ideologies and create political instability.