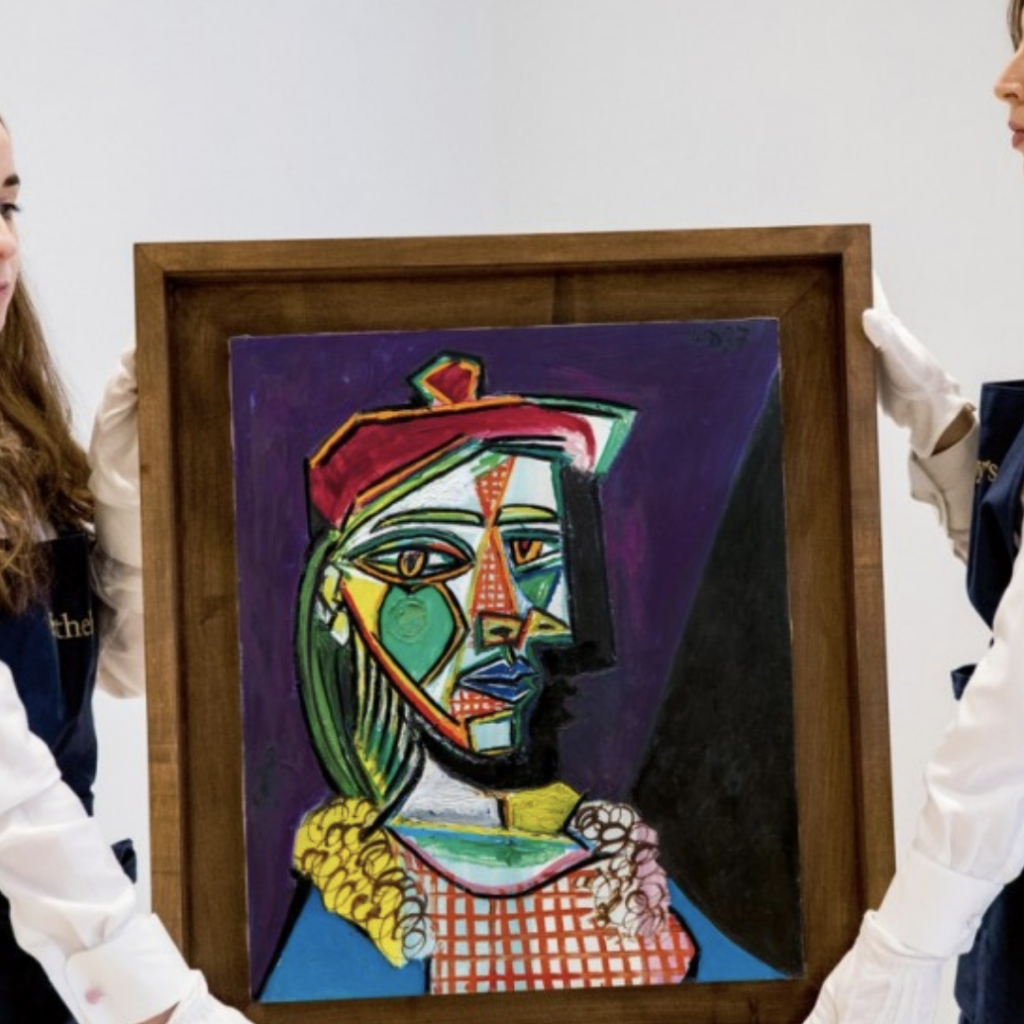 The work will be shown first in Hong Kong and then Taipei before being auctioned at Sotheby’s in London Feb. 28 in the Impressionist and Modern Art Evening Sale.

This marks the first time this painting is up for auction and it is expected to sell for US$50 million, according to Sotheby’s.

The painting is a portrait of Marie-Thérèse Walter, Picasso’s “golden muse” and lover, and the work is thought to reflect Picasso’s dichotomous feelings toward Walter and another lover, Dora Maar. The painting was done in 1937, the same year Picasso completed his monumental work, Guernica.

Following Taipei, the piece will be shown in Los Angeles and New York before returning to London.

The decision to show to work in Hong Kong and Taipei is “a clear sign of the significance of Asia’s buyers for the Picasso market—and for Impressionist and Modern works in general,” according to The Art Newspaper. What’s more, the Impressionist and Modern Art Sale is usually held in late January or early February but was moved so as not to conflict with Chinese New Year.