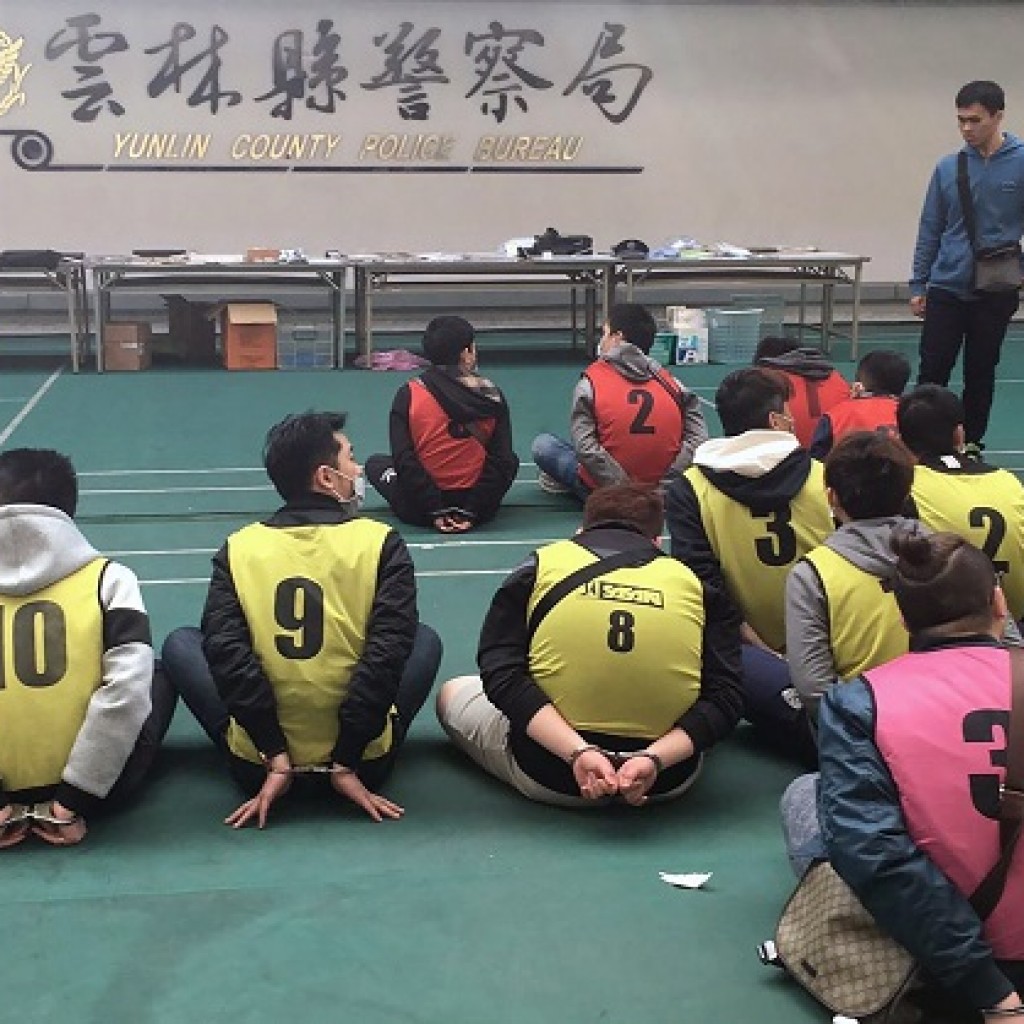 TAIPEI (Taiwan News) -- On Wednesday, Jan. 24, three telecom fraud rings were busted in Central Taiwan and so far 42 suspects have been arrested and are being detained for further investigation.

The three locations where the operations took place were Taoyuan, Taichung and Nantou. The Yunlin District Prosecutor's Office with the help of the Central Investigation Bureau and police units from several jurisdictions participated in the coordinated raid and busted the three rings.

The investigators have announced that all the men arrested were of Taiwanese nationality.

Their manner of operations were highly sophisticated, noted the investigators who said the men would pose as fake government officials, police officers or even judicial officers from China to scam money out of innocent people.

They wore government uniforms and carried fake guns and badges to win the trust of the victims and fool them into believing they were real officers. They then coerced targets into cooperating with the fraudulent criminal investigations, getting the victims to transfer money to into the perpetrators' accounts, reports Liberty Times.

The ring leader, surnamed Wu (巫), reportedly had recently returned to Taiwan to continue his fraudulent activities after he became concerned that operating abroad would get him deported to China if caught. China has very severe punishments much harsher than those of Taiwan, which Wu he did not want to risk facing, investigators quoted him as saying.

The investigators also mentioned that they would work with their counterparts in China to help identify the victims.