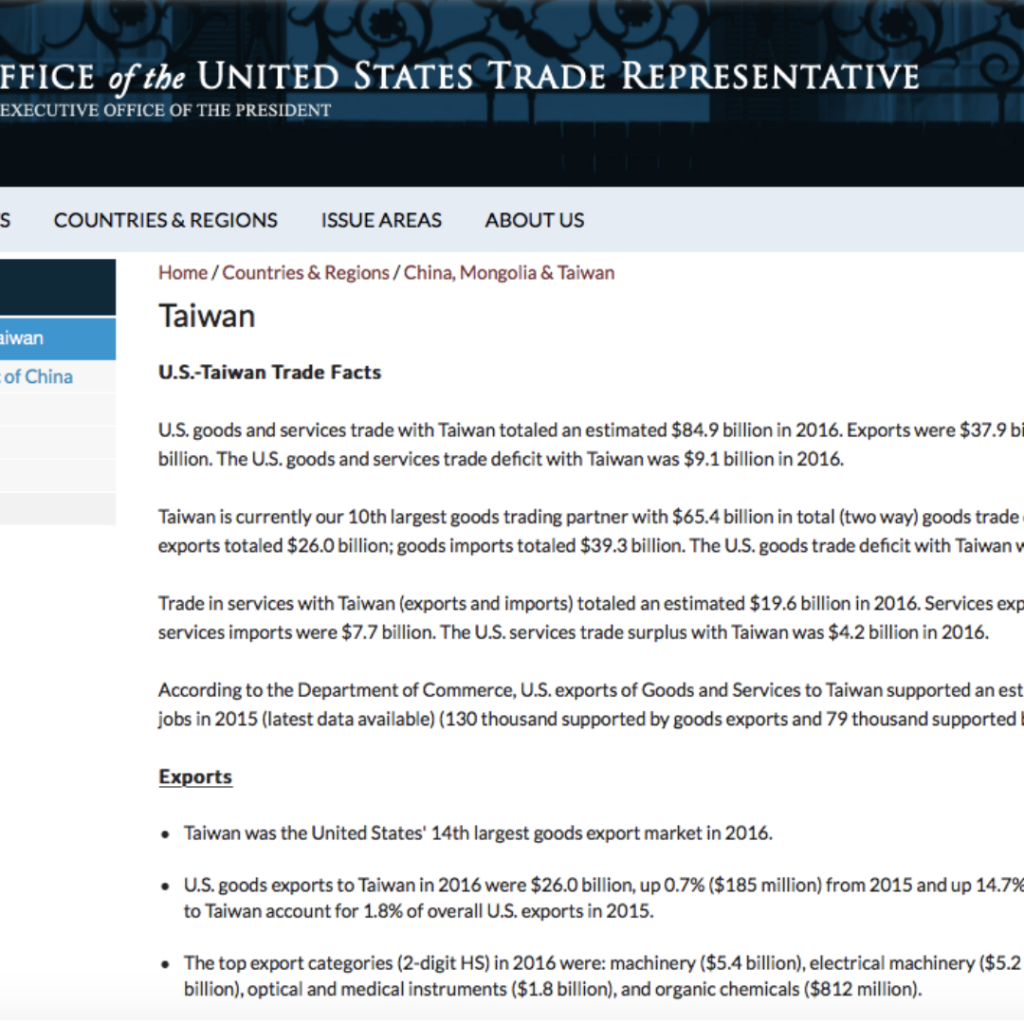 TAIPEI (Taiwan News) — Taiwan’s Ministry of Foreign Affairs voiced disappointment on Wednesday over the U.S. government for the removal of Taiwan’s flag from two official websites.

The two websites, belonging to the United States Trade Representative (USTR) and the U.S. Department of State, have removed the Taiwan flag from their pages about the country, reported United Daily News on Wednesday.

The newspaper said they had not received any comment from the USTR on the matter.

On the other hand, Bureau for East Asian and Pacific Affairs Spokesperson Grace Choi replied to UDN via an email saying the U.S. government had not altered its “one-China” policy which was based on the Three Communiqués it signed with China and the Taiwan Relations Act.

Andrew Lee (李憲章), spokesperson for Taiwan’s MOFA, said on Wednesday that the ministry found the removal of the Taiwan flag from the U.S. governmental websites “inexplicable" and "inadmissible,” and that the ministry was very disappointed.

Lee said such incident would raise doubt among Taiwanese citizens about the current state of the Taiwan-U.S. relations even though the American government had emphasized the strong and friendly relations between the two and promised that the government’s policy toward Taiwan was not altered.

In fact, the Taiwan flag has been gone from the website of the U.S. Department of State since last September. Stanley Kao (高碩泰), Taiwan’s representative to the U.S., said at the time the government would contact the U.S. authorities for an inquiry.

In addition, Lee said the growing Chinese pressure on Taiwan, not only in the international community, but also on the internet which was supposed to be free and open, hardly contributed to the development of cross-strait relations.