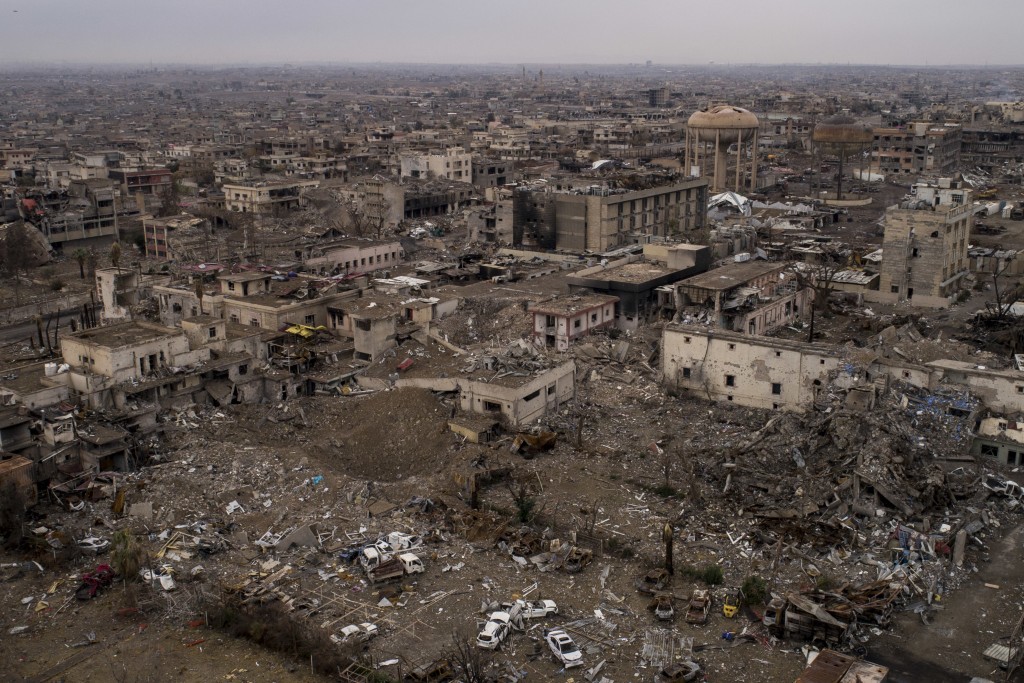 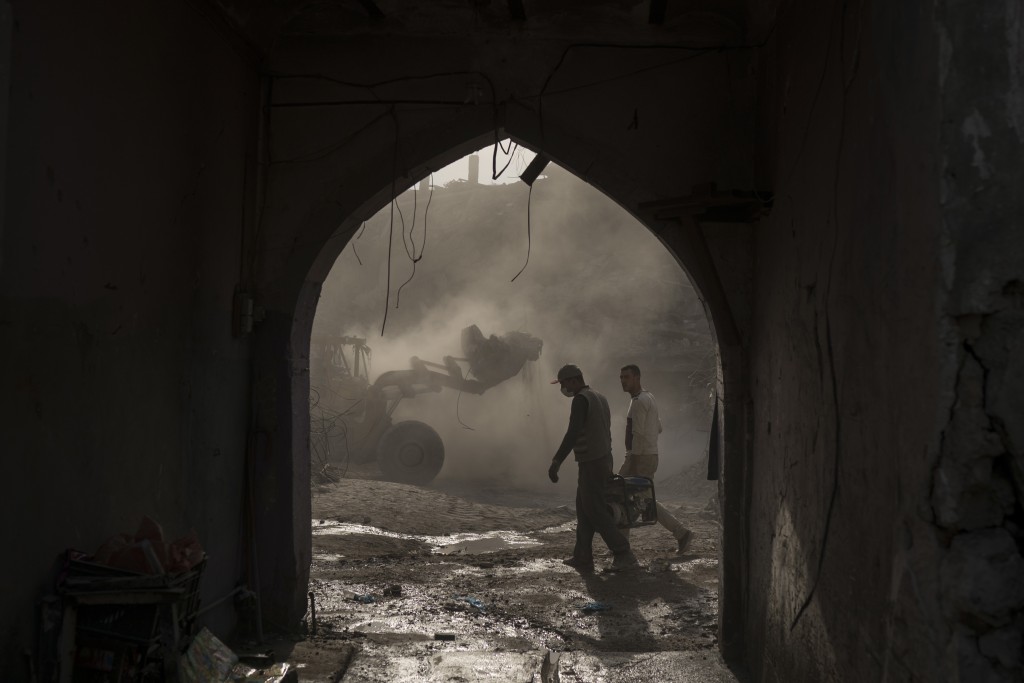 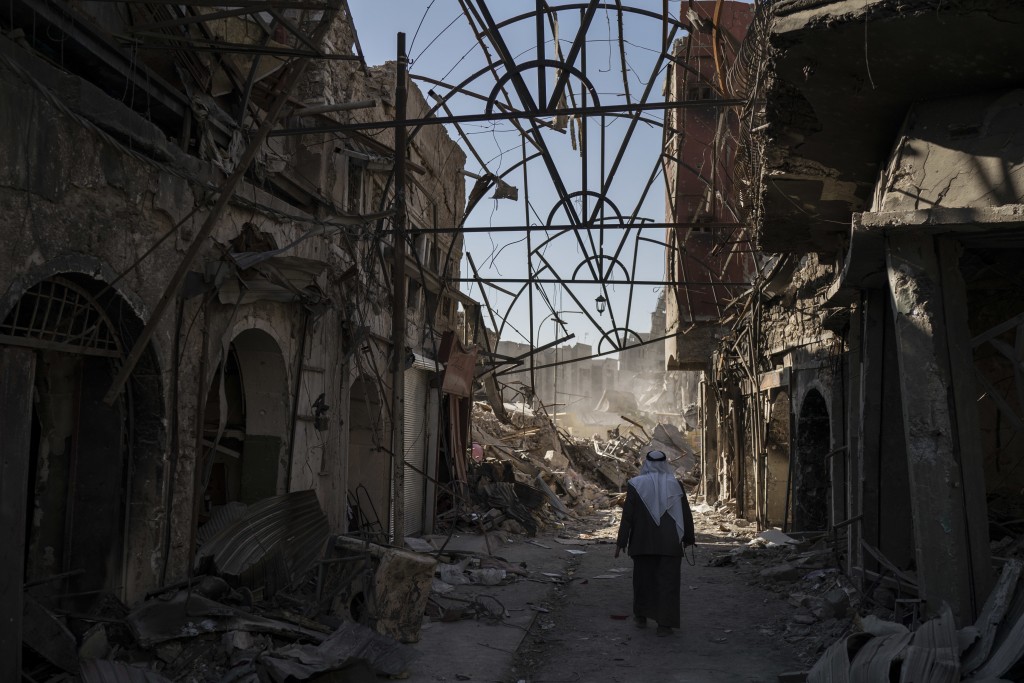 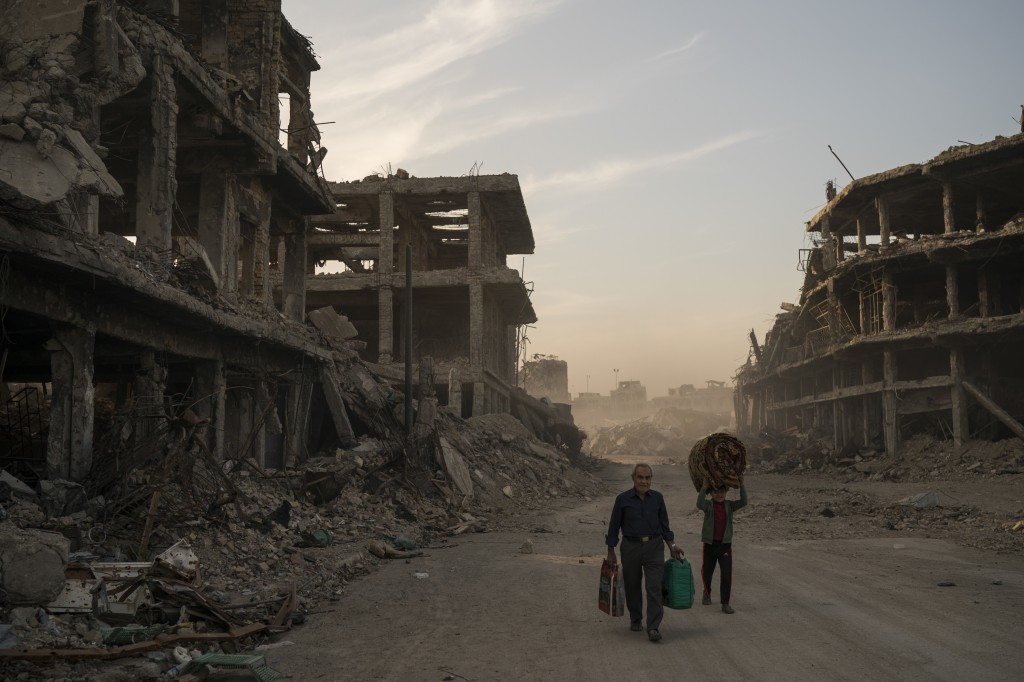 BAGHDAD (AP) — Iraq hopes to raise billions of dollars at a conference next month to fund reconstruction after its costly war against the Islamic State group, but many fear the country's endemic corruption could undermine the appeal.

Iraq declared victory over the Islamic State group in December after driving the extremists from nearly all the territory they once held, but three years of grueling combat has taken a devastating toll, leaving entire towns and neighborhoods in ruins.

Neighboring Kuwait will host an international conference in mid-February aimed at rallying support for Iraq's reconstruction. The United Nations, the United States and Saudi Arabia support the initiative, the details of which have yet to be made public.

The U.S. Embassy in Baghdad says the meeting should "provide an important opportunity for the Iraqi government to showcase attractive investment opportunities for foreign investors, including many American companies, and to convince them that Iraq is open for business."

Iraqi officials have estimated they will need up to $100 billion to rebuild after the war against IS. Mosul — Iraq's second largest city — was one of the hardest hit areas. Some 40,000 homes there need to be rebuilt or restored, according to a preliminary study conducted by the U.N.

Dhannoon Qader works to clear rubble from the Old City neighborhood where he once lived with his family. Without outside aid, he doesn't believe the city's infrastructure can be rebuilt. But he acknowledged that many fear government mismanagement.

"We don't want them to steal the money from every single project," he said. "The way to do it is to have a decent committee to start the rebuilding, so that no one party or side can exploit the situation."

Taha Abdul-Ghani, a councilman in the western Anbar province, where the cities of Fallujah and Ramadi sustained heavy damage, said the government "is not able to reconstruct anything," and expressed hope that donor countries would step in to fill the void.

But many donors may be reluctant to invest in Iraq, an oil-rich country that ranks among the most corrupt in the world, according to Transparency International. The watchdog recently warned that "corruption risks" in Iraq are exacerbated by the country's "weak capacity to absorb the influx of aid money."

Many recall the billions of dollars that poured into Iraq after the 2003 U.S.-led invasion, much of which was lost to corruption. Nearly 15 years on, residents of Baghdad, which was far from the front lines in the war against IS, still experience regular power blackouts and complain of poor public services.

After a recent visit to Mosul, Geert Cappelaere, the regional director of the U.N. children's agency, said Iraq's government would not be able to cope with the "incredible" reconstruction needs on its own. But he said it must prove it can be held accountable, and must provide some of the funding on its own.

"We will call on the international community to be generous, but to be generous with a clear expectation that it yields a difference," he said. "So, not just throwing more money at Iraq."

A senior official at Iraq's Ministry of Housing, Reconstruction and Municipality said this time would be different.

"I agree that in the past, money was squandered on unnecessary or not important projects in non-transparent ways," Deputy Minister Jabir Abid Khaji told The Associated Press. But he said this time, the "close follow-up, attention and right management" would lead to better results.

The most urgent priority is to rebuild housing and infrastructure to allow the more than 2 million people displaced by the conflict to return home. But Cappelaere said sustained development will require a greater investment in the country's citizens.

"It's beautiful to have nice bridges and roads being built," he said. "But if it doesn't come with investment in education and getting the best teachers... As long as Iraq does not prioritize investment in human capital, this country is going to go nowhere."