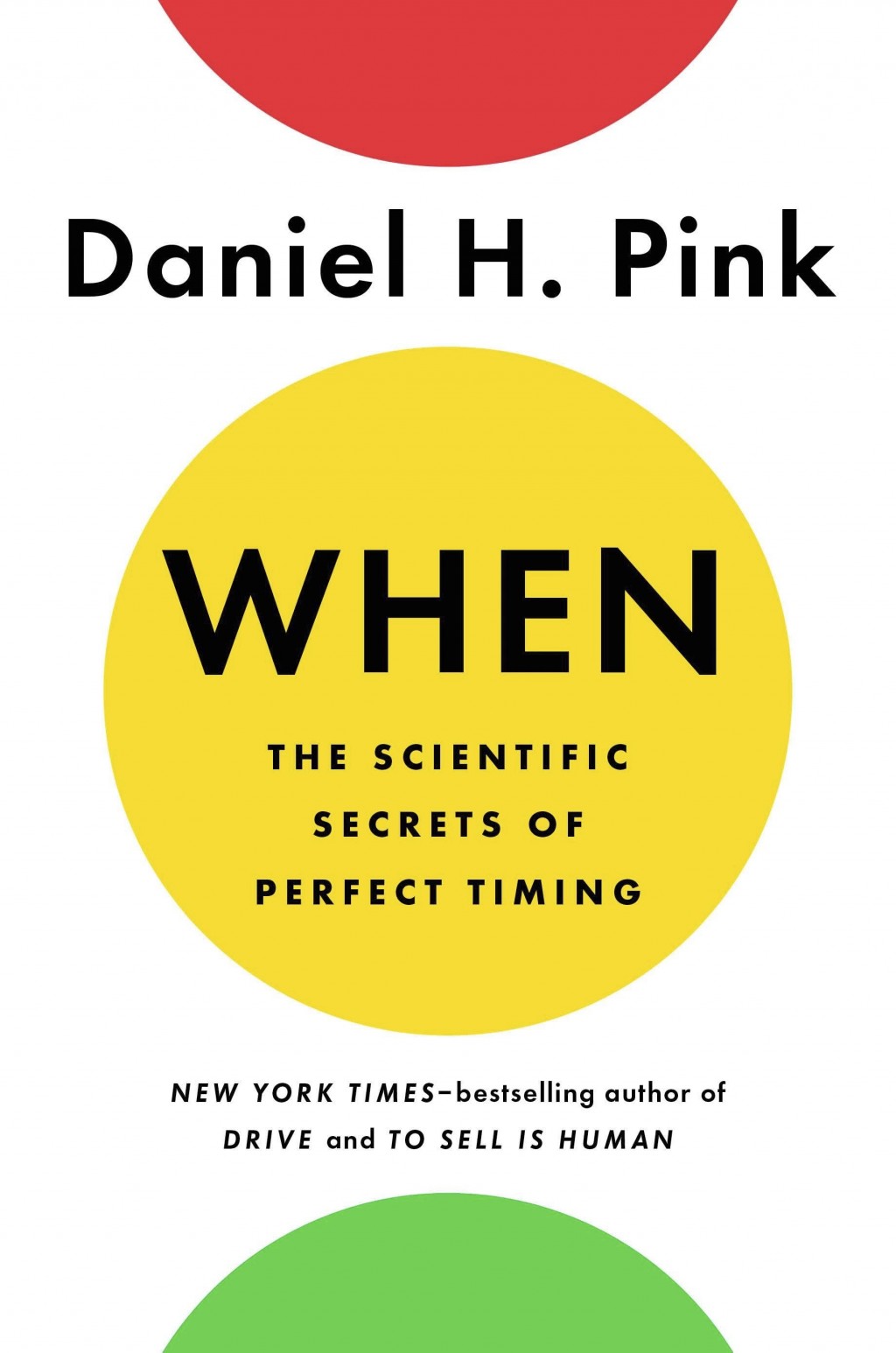 "When: The Scientific Secrets of Perfect Timing" (Riverhead Books), by Daniel H. Pink

It's January; time to make room in the self-improvement section of your bookcase.

"When: The Scientific Secrets of Perfect Timing" by Daniel H. Pink perfectly executes the tried-and-true formula for social science books. Start with a compelling anecdote, tease it apart with some science and suggest ideas on how applying the underlying principle can better your life. It fits right in next to "The Power of Habit."

Pink sets out to "unearth the hidden science of timing" — to uncover it as a significant if unrecognized player in our lives — and he largely succeeds. He highlights a study of Danish schoolchildren that found that those who took their yearly standardized test in the morning performed better than those who took it in the afternoon. The p.m. slump is real, which is why Pink advises against scheduling a doctor's appointment later in the day. According to a study, doctors found an average of more than 1.1 polyps during colonoscopies performed at 11 a.m. By 2 p.m., it dropped to barely half that number, even though the patients were no different. What helps mitigate the slide, Pink explains, are breaks. Judges rule in favor of prisoners about 65 percent of the time early in the day, but by late morning, that rate drops to nearly zero, regardless of the facts of the case, researchers have found. Immediately after the judges take a break, they become more forgiving again, Pink writes, "only to sink into a more hard-line attitude after a few hours."

Earlier isn't always better, however. Teenagers' changing circadian rhythm means they become night owls, making early school start times particularly challenging. Pink ticks off the consequences of teens not getting enough sleep: they're at higher risk for depression, suicide, substance abuse and car crashes. Being sleep deprived is also correlated with obesity and a weakened immune system. "The evidence of harm is so massive," Pink writes, that the American Academy of Pediatrics has called for middle and high schools to begin no earlier than 8:30 a.m., and the CDC has also pushed for delaying start times. Schools that have followed this recommendation have noted higher grades, better attendance and increased graduation rates. Still, less than one in five schools has made the change, Pink notes. "We simply don't take issues of when as seriously as we take issues of what," he writes. "Imagine if schools suffered the same problems wrought by early start times — stunted learning and worsening health — but the cause was an airborne virus that was infecting classrooms. Parents would march to the schoolhouse to demand action and quarantine their children at home until the problem was solved. Every school district would snap into action," Pink writes. But because the school start time is "a when problem rather than a what problem," he concludes, "too many people find it easy to dismiss."

The breadth of the book's scope is impressive. It explains why people whose age ends in 9 are overrepresented in first-time marathoners and why singing in a group boosts endorphins and immunity. Pink makes a point to end each chapter with takeaway points that readers can apply to their own lives.

"When" is engaging, conversational and tightly edited, making it an easy yet important read.