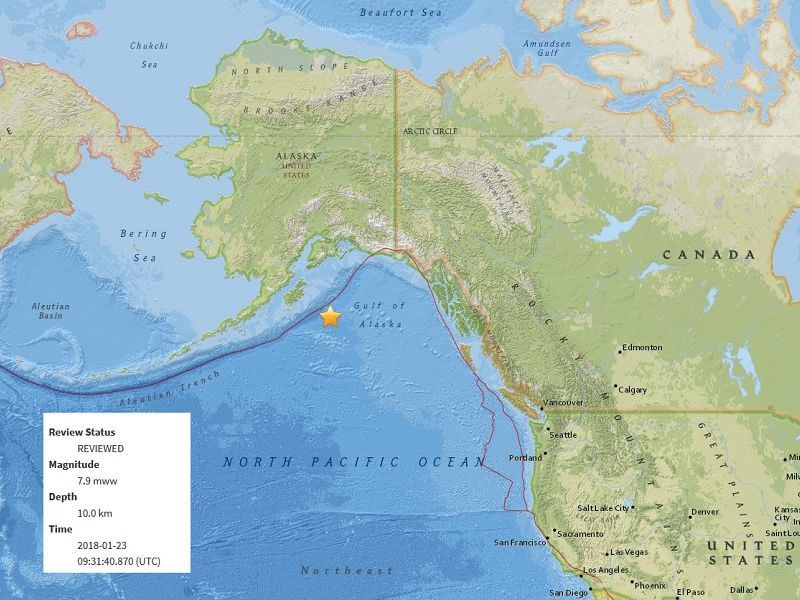 TAIPEI (Taiwan News) – Police in Hualien County advised the public to stay away from beaches after a magnitude-7.9 earthquake in Alaska triggered a tsunami alert.

While the Central Weather Bureau said Taiwan was unlikely to feel the impact of the quake and tsunami, police in Hualien still cautioned to stay away from the beaches in the east coast region.

However, no relevant warning had been issued by the central government’s disaster relief authorities, which were usually in charge in the case of disasters, the Apple Daily reported.

After the March 11, 2011 earthquake off northeast Japan, several locations in Hualien County declared a tsunami alert, but no danger ever occurred.

Tuesday’s quake in Alaska was initially reported as a magnitude 8.2, but was later revised downward. Residents of the coastal areas of Alaska and of the Canadian west coast province of British Columbia were advised to move to higher ground, while residents of Hawaii and the coastal areas of the states of Washington, Oregon and California were told to be cautious.