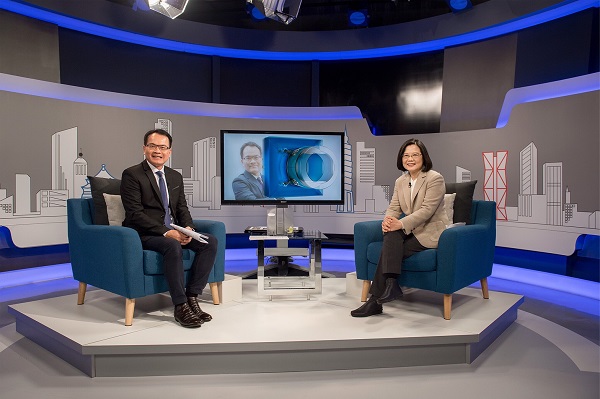 TAIPEI (Taiwan News) – In response to a survey showing that low pay is the most pressing issue among young adults in Taiwan, President Tsai Ing-wen (蔡英文) said offering reasonable wages for employees is corporate social responsibility and that companies should give pay raises “with the idea of nurturing young people of the next generation”.

“Giving pay raises should not be a question about cost nor about stock prices. It is social responsibility and companies should give their minds to the wellbeing of young people,” added President Tsai while having her first television interview since taking office in 2016.

Instead of providing tax exemptions as an incentive to encourage enterprises to increase wages for their workers, the president said molding a societal consensus about reasonable wages into a force which would further press companies to give pay raises should be a better approach.

In addition, the president mentioned that giving pay raises would also render enterprises a better corporate image as demonstrated by McDonald's, which decided to follow the step of MOS Burger to provide a pay raise for which the Japanese fast-food chain received praises from the president as well as the public on social networking websites.

Apart from calling out to enterprises, the president said the government would constantly look for possibilities to raise the minimum wage on the condition that the economy would continue to grow.

After all, leaving employees to ask for a pay raise for themselves could cause tensions between employers and workers, and it was unlikely for young employees to do so, said the president, adding "raising wages should be a task pushed for by the government as well as the whole society."

Having once said that increasing the minimum wage to NT$30,000 was her “dream”, President Tsai would not set out a timetable for the dream to come true but said the government had to take reality into consideration.

The president then emphasized that the administration had raised the minimum wage for two years in a row since she took office, raising it from NT$20,008 to NT$22,000.