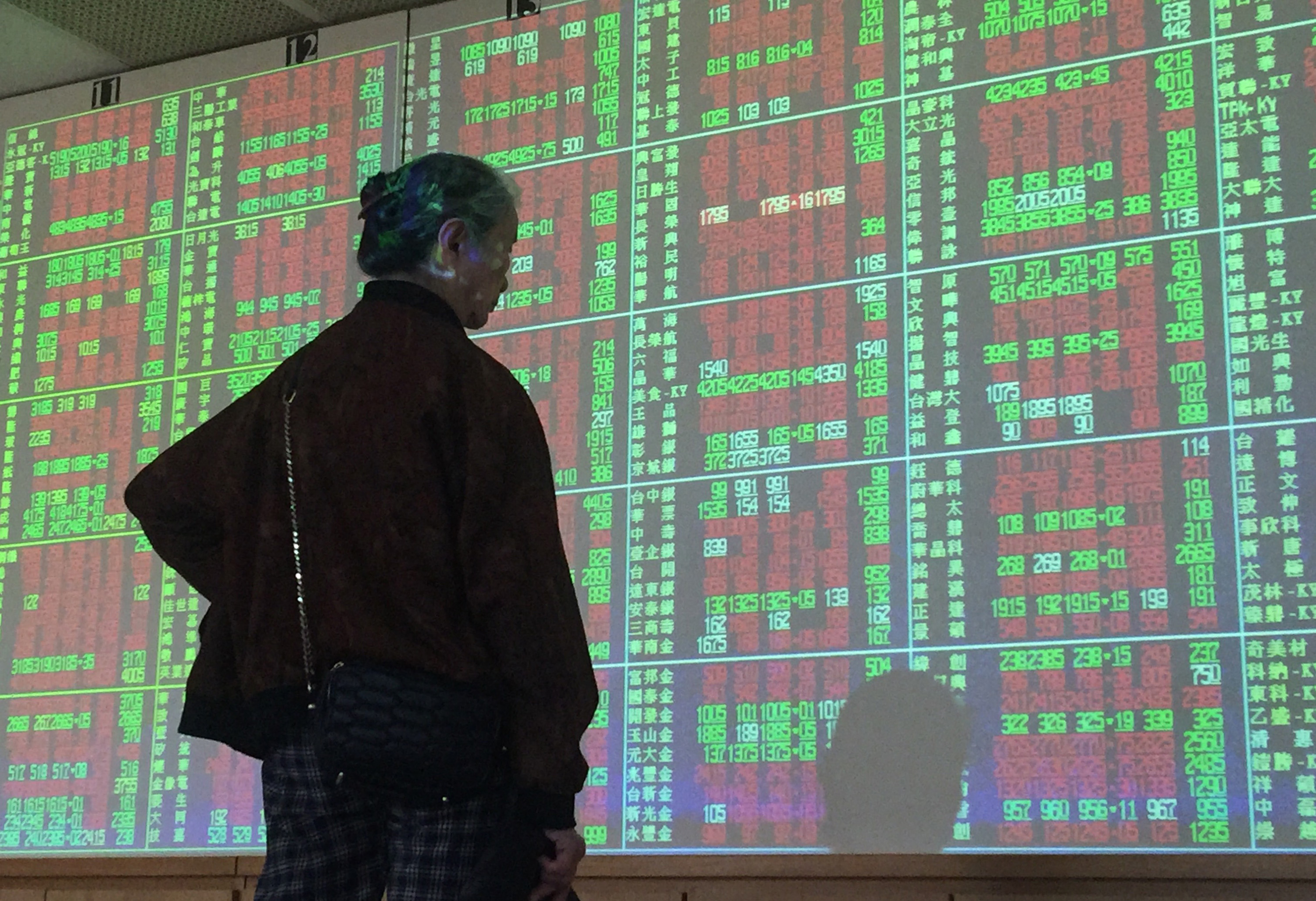 Taipei, Jan. 22 (CNA) Shares in Taiwan closed above the 11,200 point mark on Monday to hit a nearly 28-year high, as the bellwether electronics sector continued to lead the upturn on the broader market, dealers said.

Once again, contract chipmaker Taiwan Semiconductor Manufacturing Co. (TSMC) anchored the gains posted on the main board, while other high-tech stocks, in particular those in the Apple Inc. supply chain remained sluggish amid lingering concern over shipments of the premium iPhone X, they said.

The market opened up 0.17 percent as local investors shrugged off the government shutdown in the United States and continued to buy TSMC shares, the most heavily weighted stock on the local market, dealers said.

The momentum of TSMC shares accelerated amid optimism over the chipmaker's outlook, giving an additional boost to the broader market and helping the weighted index pass the 11,200 point mark by the end of the session, they said.

"The U.S. government shutdown did not impact the local equity market as many local investors remain upbeat the U.S. Congress will find a solution to the deadlock soon," Concord Securities analyst Kerry Huang said.

"Previous government shutdowns in Washington did not affect the economy. Many investors think U.S. economic growth will remain solid despite the interruption this time," Huang said.

"That explains why buying on the local equity market continued from the earlier session by picking up TSMC and pushing the weighted index to another near 28-year high at the close," Huang added.

Amid continued optimism over TSMC after the company gave sales guidance that it expects its sales to grow 10-15 percent in U.S. dollar terms in 2018, the stock rose 2.35 percent to close at NT$261.50, with 48.29 million shares changing hands. The guidance is better than an earlier market estimate of a 5-10 percent increase.

After Monday's strong gains, TSMC's market cap hit a new closing high of NT$6.78 trillion, the highest level among all companies listed in Taiwan, after reaching NT$6.63 trillion on Friday.

Led by TSMC, the bellwether electronics sector ended up 1.28 percent, while the semiconductor sub-index closed up 1.98 percent.
On the back of an improving bottom line and a balance in demand and supply, shares in flat panel maker AU Optronics Corp. rose 2.65 percent to end at NT$13.55, and rival Innolux Corp. gained 2.82 percent to close at NT$14.60.

"Worries over iPhone X shipments continued to bother investors," Huang said. Apple is scheduled to hold an investor conference on Feb. 1 to give a clearer picture about market reception of the iPhone.

According to the TWSE, foreign institutional investors bought a net NT$2.55 billion worth of shares on the main board on Monday. (By Frances Huang)Enditem/AW