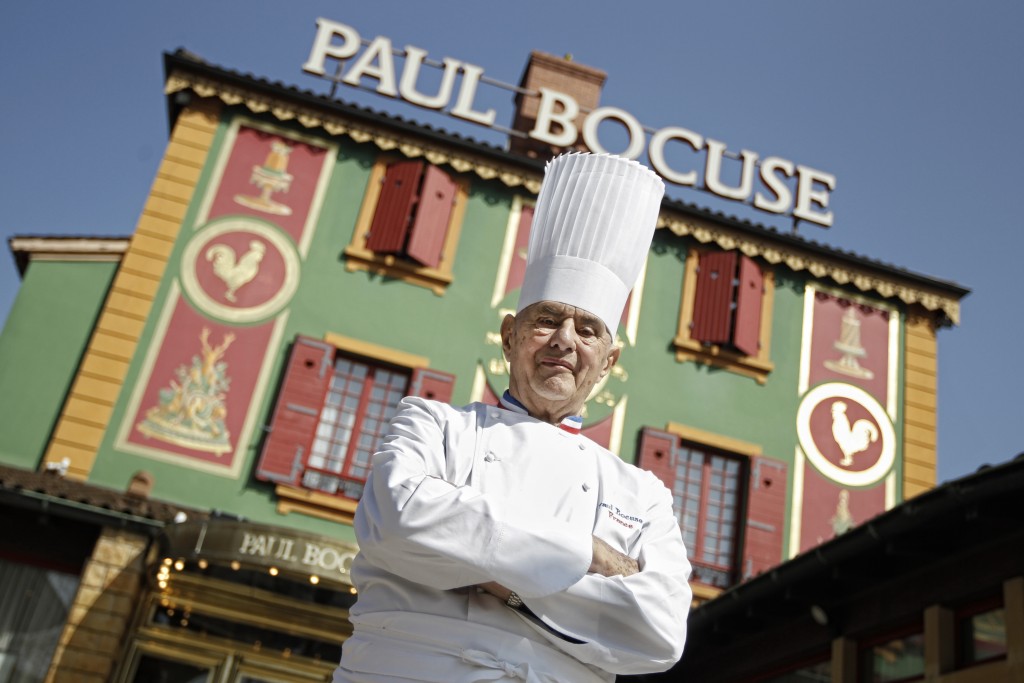 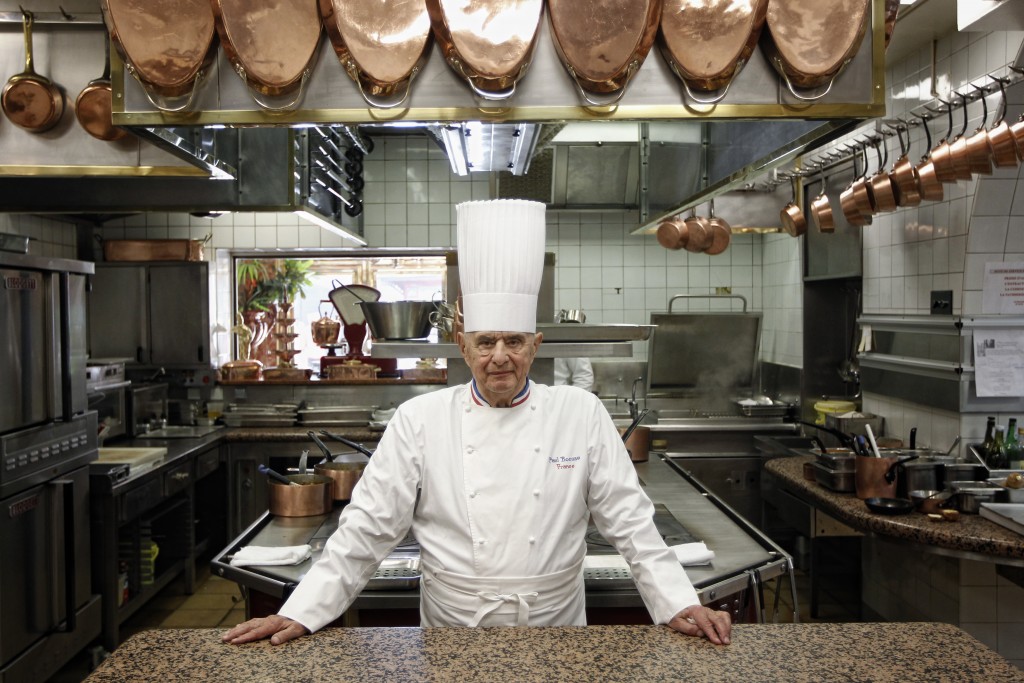 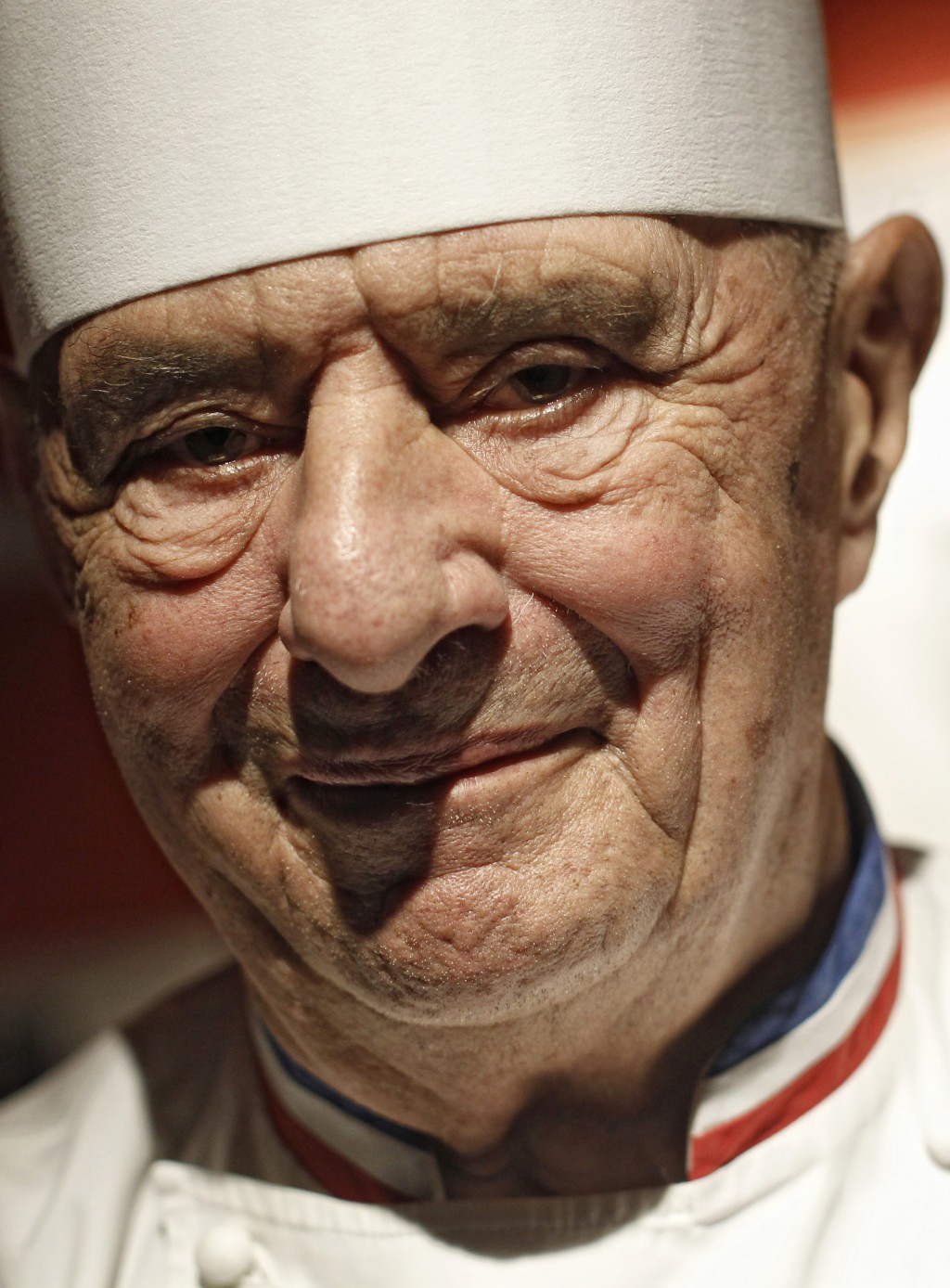 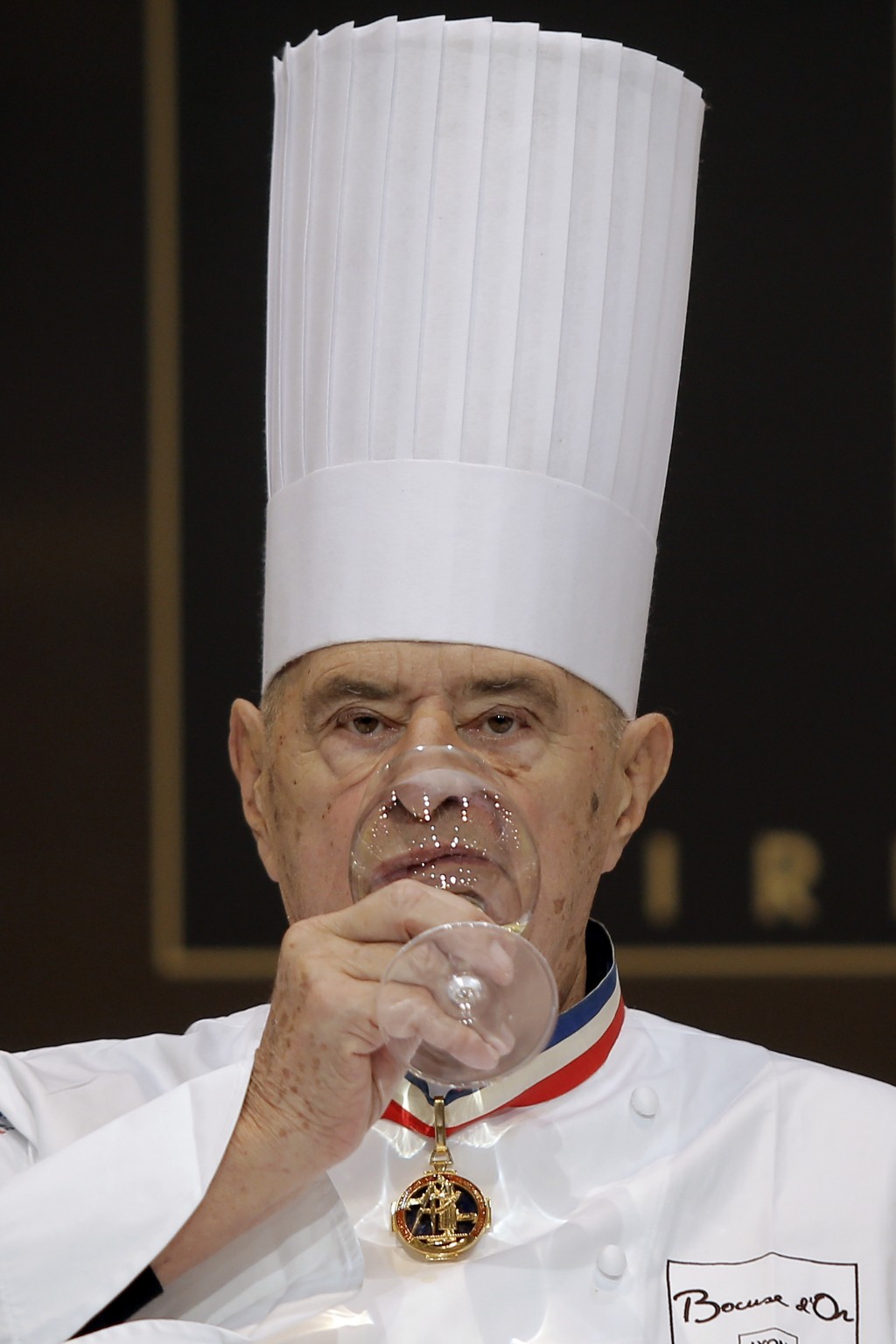 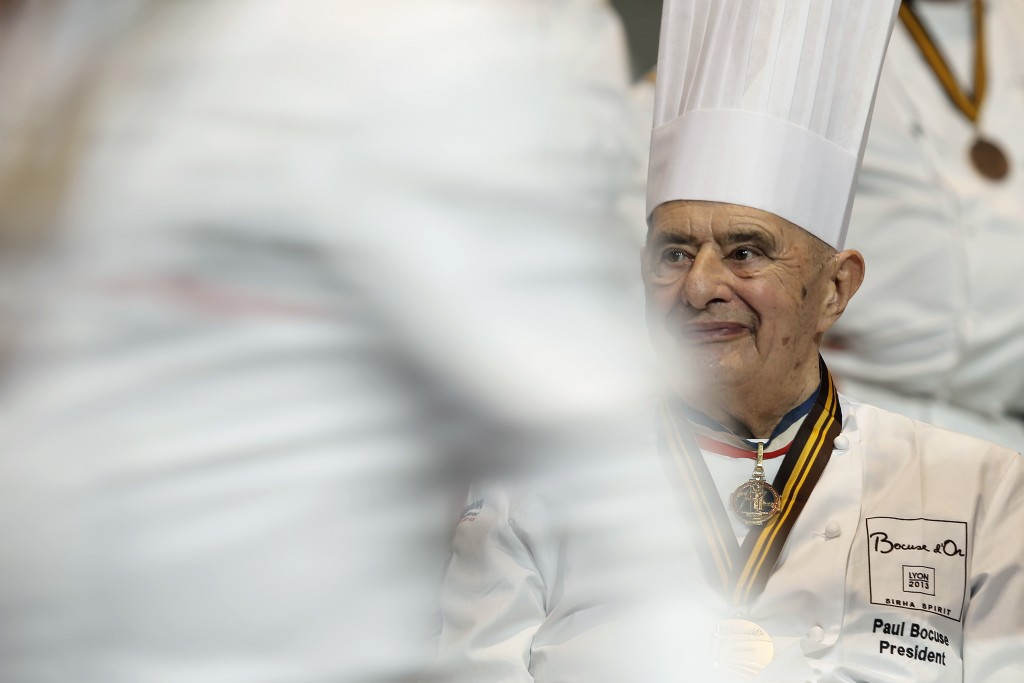 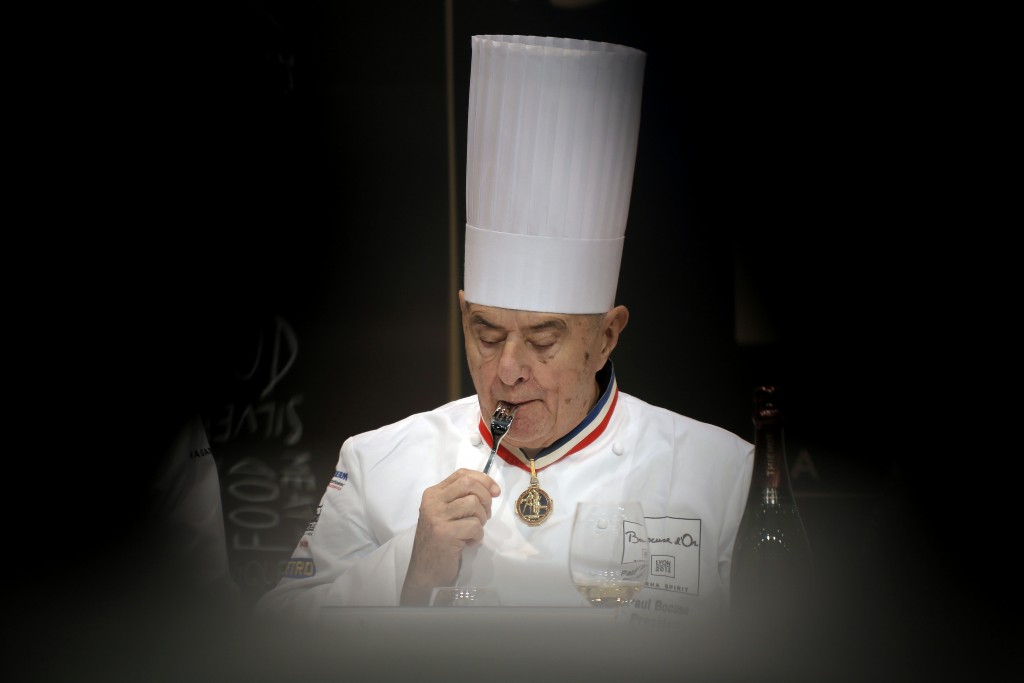 PARIS (AP) — Paul Bocuse, the master chef who defined French cuisine for more than a half-century and put it on tables around the world, has died. He was 91.

Often referred to as the "pope of French cuisine," Bocuse was a tireless pioneer, the first chef to blend the art of cooking with savvy business tactics — branding his cuisine and his image to create an empire of restaurants around the globe.

Bocuse died Saturday at Collonges-au-Mont-d'or, the place where he was born and had his restaurant.

"French gastronomy loses a mythical figure," French President Emmanuel Macron said. "The chefs cry in their kitchens, at the Elysee (presidential palace) and everywhere in France."

Bocuse, who underwent a triple heart bypass in 2005, had also been suffering from Parkinson's disease.

Bocuse's temple to French gastronomy, L'Auberge du Pont de Collonges, outside the city of Lyon in southeastern France, has held three stars — without interruption — since 1965 in the Michelin guide, the bible of gastronomes.

In 1982, Bocuse opened a restaurant in the France Pavilion in Walt Disney World's Epcot Center in Orlando, Florida, headed by his son Jerome, also a chef. In recent years, Bocuse even dabbled in fast food with two outlets in his home base of Lyon.

"He has been a leader. He took the cook out of the kitchen," celebrity French chef Alain Ducasse said at a 2013 gathering to honor Bocuse.

"Monsieur Paul," as he was known, was placed right in the center of 2013 cover of the newsweekly Le Point that exemplified "The French Genius." Shown in his trademark pose — arms folded over his crisp white apron, a tall chef's hat, or "toque," atop his head — he was winged by Marie Curie, Louis Pasteur and Coco Chanel, among other French luminaries.

While excelling in the business of cooking, Bocuse never flagged in his devotion to his first love, creating a top class, quintessentially French meal. He eschewed the fads and experiments that captivated many other top chefs.

"In cooking, there are those who are rap and those who are concerto," he told the French newsmagazine L'Express before his 2005 biography, adding that he tended toward the concerto.

Born into a family of cooks that he dates to the 1700s, Bocuse stood guard over the kitchen of his world-famous restaurant even in retirement. In a 2011 interview with The Associated Press, Bocuse said he slept in the room where he was born above the dining rooms.

"But I changed the sheets," he added with characteristic wry humor.

Born on Feb. 11, 1926, Bocuse entered his first apprenticeship at 16. He worked at the famed La Mere Brazier in Lyon, then spent eight years with one of his culinary idols, Fernand Point, whose cooking was a precursor to France's nouvelle cuisine movement, with lighter sauces and lightly cooked fresh vegetables.

Bocuse's career in the kitchen traversed the ages. He went from apprenticeships and cooking "brigades," as kitchen teams are known, when stoves were coal-fired and chefs also served as scullery maids, to the ultra-modern kitchen of his Auberge.

"There was rigor," Bocuse told the AP. "(At La Mere Brazier) you had to wake up early and milk the cows, feed the pigs, do the laundry and cook .... It was a very tough school of hard knocks."

"Today, the profession has changed enormously. There's no more coal. You push a button and you have heat," he said.

The gastronomic offerings at Bocuse's L'Auberge du Pont de Collonges are rooted in the French culinary tradition: simple, authentic food that was "identifiable" in its nature.

Emblematic of that was a crock of truffle soup topped with a golden bubble of pastry he created in 1975 for then-French President Valery Giscard d'Estaing, which is served to this day. Another classic is fricassee of Bresse chicken — from France's Bresse region, which is famed for its poultry — served in cream with morilles, a spring mushroom.

And his favorite ingredient? Butter.

"(It's a) magical product," he said during a visit to the Culinary Institute of America. "Nothing replaces butter."

Three other cooking must-haves, according to the chef, are fresh produce (his was from his own garden), good, trusted kitchen staff and happy diners.

"It's the client who runs the house," Bocuse said in the AP interview.

While Bocuse's kitchens were meticulously in order, his personal life was on the unorthodox side. He acknowledged in a 2005 biography that he had been quietly sharing his life with three women — simultaneously — each with a pivotal role in his life.

"I think cuisine and sex have lots of common points," Bocuse said before publication of "Paul Bocuse: The Sacred Fire." "Even if it seems a bit macho, I love women."

He is survived by his wife Raymonde, their daughter Francoise and a son, Jerome.

Sylvie Corbet contributed to this report.