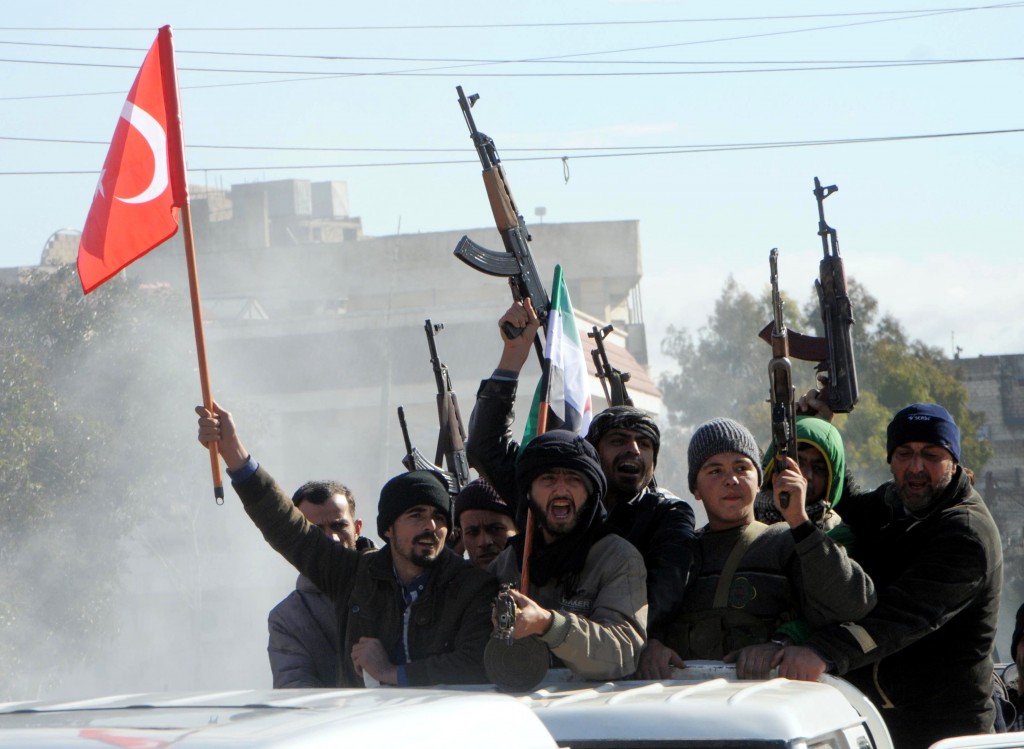 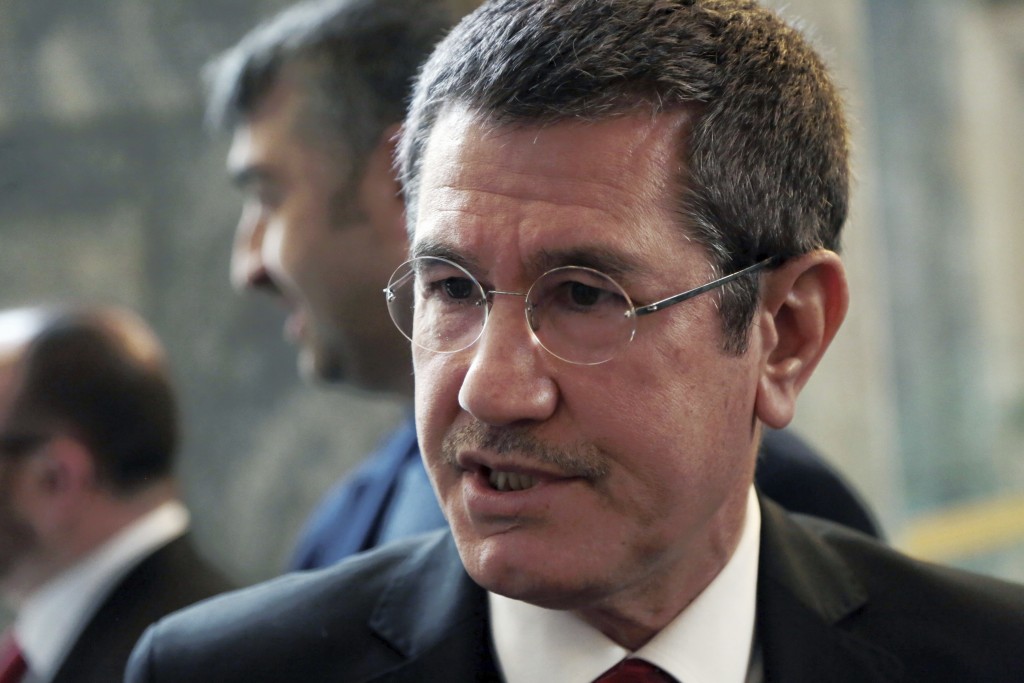 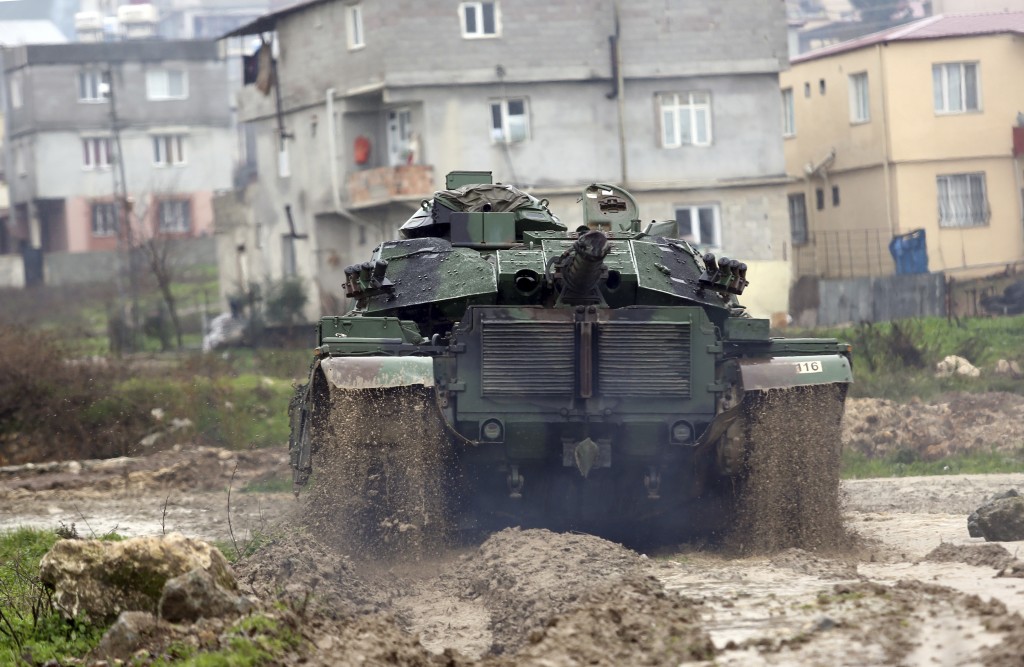 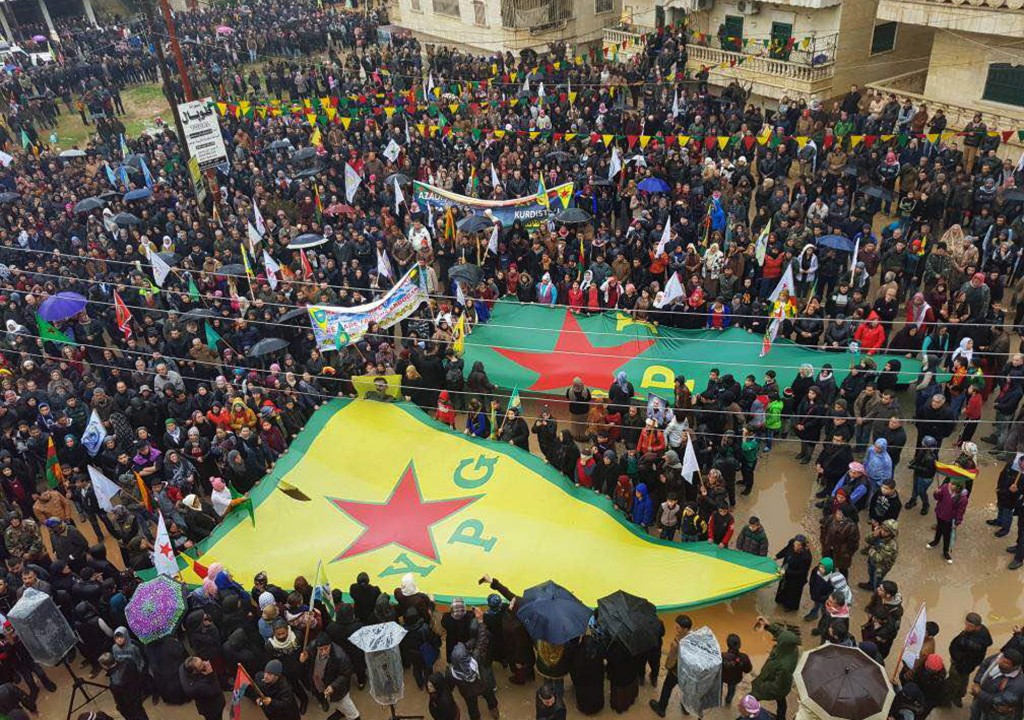 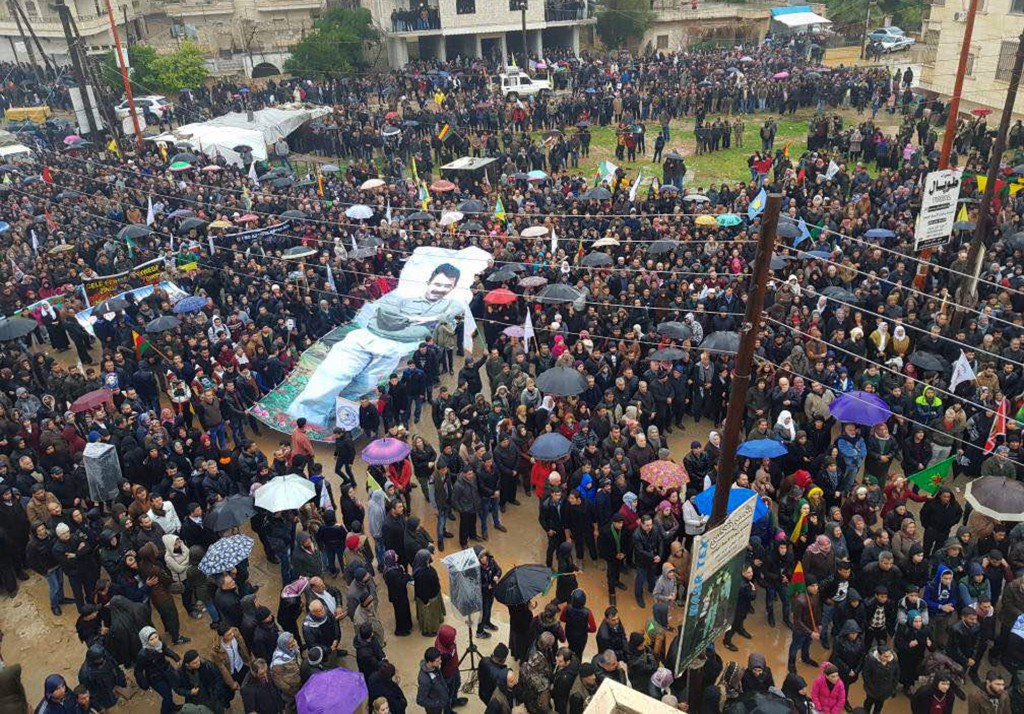 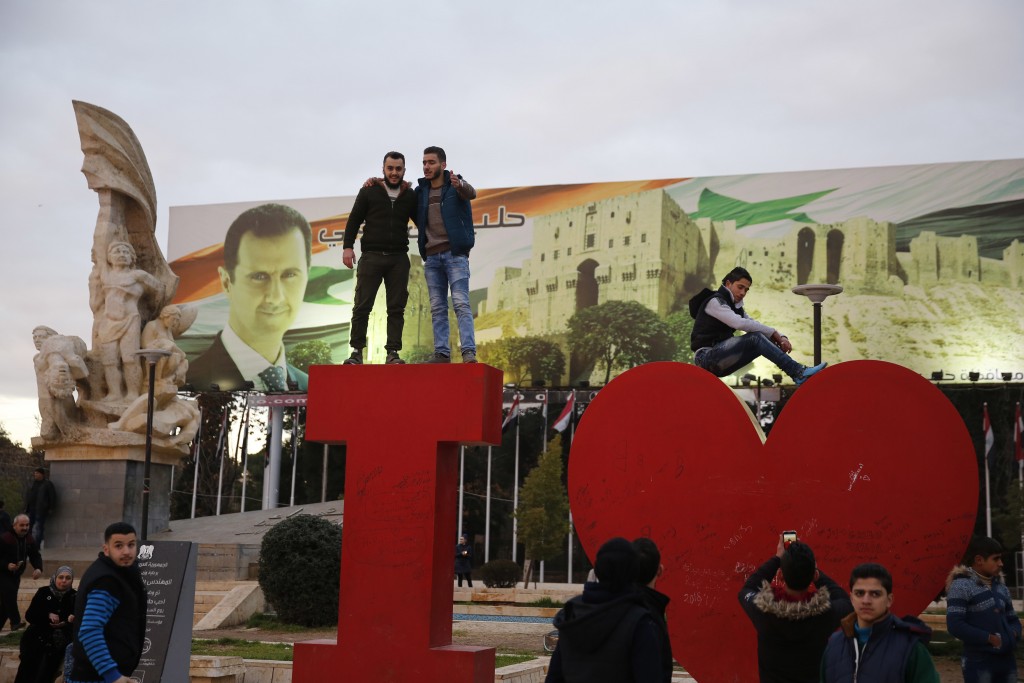 BEIRUT (AP) — As Turkey threatens a bloody confrontation with U.S.-backed Kurdish militia in Afrin — the main Syrian Kurdish enclave in northwestern Syria — it faces the challenge of maintaining its old alliance with Washington and reinforcing a new rapprochement with Moscow.

The move comes as Syria finds itself once again on the precipice of a new conflagration, after months of reduced violence and a surge in post-war stabilization plans. Meanwhile, tens of thousands of Syrians in the northwest are escaping renewed violence amid a new government offensive in neighboring Idlib, converging on the Turkish border and igniting fears of a new wave of migration.

Turkey's defense minister said Friday there is no turning back from launching a ground assault on Afrin, saying the offensive had "de facto" started with sporadic Turkish military shelling of the area. Over the last week, Turkey has sent troops and tanks to the border and rallied Syrian fighters it has backed for the fight against Afrin's battle-hardened Kurdish fighters, estimated at between 8,000 and 10,000.

The operation could spill into a wider Turkish-Kurdish confrontation inside Turkey.

It also threatens to turn into a humanitarian disaster. The Afrin district houses no less than 800,000 civilians, including displaced people from earlier years of the Syrian war.

Turkey has been has preparing for a showdown in Afrin for a while. But the escalation coincided with U.S. announcements it is creating a new 30,000-strong Kurdish-led border force to secure the borders of Kurdish-controlled areas, including with Turkey and Iraq, to prevent the resurgence of Islamic State militants.

Moscow's green light, or outright support, is necessary for a Turkish operation into Afrin, where Russian military observers have deployed since last year to prevent such a confrontation.

Activists and Kurdish fighters denied claims in Turkish media that Russian troops have begun a withdrawal.

Meanwhile, Turkey has maneuvered to curtail a wide Russian-backed Syrian government military operation in Idlib — the largest remaining insurgent-held area in Syria — tens of thousands to flee, and has threatened to undermine his clout in the region.

"I think he chose his moment well and is acting decisively to implement options he has been preparing for a while," said Jennifer Cafarella, of the Washington-based Institute for the Study of War. "It is not a stroke of brilliance but it is an effective moment of statecraft and military strategy."

"Is he playing with fire? Absolutely," Cafarella said, "But it is a risk Erdogan is willing to take, particularly as he has managed to shift Russia's focus to exerting pressure on Washington."

Russia, Iran and Turkey are interested in limiting U.S. presence in Syria, and have protested Washington plans to create the border force, viewed as a U.S. attempt to create a buffer zone where Iranian and Syrian government influence ends.

Ankara's military operations in Syria began in 2016 in large part to curtail the formation of contiguous territory under Kurdish control along its borders. It successfully severed that territorial continuity when it deployed its troops and proxy Syrian fighters to areas between Kurdish cantons in eastern and western Syria.

Afrin remained the only Kurdish enclave in northwestern Syria, encircled by Turkey-backed rebels, and Turkey has been preparing an assault for over a year. Turkey claims that Afrin is an operating base for fighters of its own outlawed insurgent group, the Kurdistan Workers' Party, or PKK, to infiltrate Turkish territories.

In dealing with the conflicts in Afrin and Idlib, Erdogan has shown political acumen juggling national security interests and domestic election concerns, while exerting pressure on Washington and Moscow for his long-term strategic objectives. The threats of an offensive against Kurdish fighters help consolidate nationalist support for Erdogan who faces a crucial election next year.

With the assault on Afrin, Turkey seeks to further undermine the Kurdish dream of federalized rule in northern Syria. Driving the Kurdish militia out of Afrin also allows Turkey-backed Syrian fighters supporting its offensive to link Idlib to Aleppo.

Turkey deployed troops in November in Idlib to monitor a de-escalation agreement with Russia and Iran, but they were more strategically stationed along the border with Afrin.

The timing reflects Turkey's increased frustration with U.S. support for Kurdish forces in Syria, who are now in control of nearly 25 percent of the country, in areas that straddle the Turkish and Iraqi border.

"Turkey remains a loyal and trusted friend and ally of the U.S. and the West. But that does not mean we will accept being treated as sacrificial animals just because a couple of American generals want to embark on an adventure in the Middle East," Ilnur Cevik, an Erdogan presidential adviser, wrote in the Turkish daily Sabah.

Despite reassurances to Turkey from State Secretary Rex Tillerson, who says the force has been misrepresented, there doesn't seem to be a major shift in U.S. policy in Syria.

"If anything, he exacerbated it. Erdogan will perceive Tillerson's announcement of longer term U.S. presence in Syria as doubling down on our partnership with (the Kurdish militia), which does not de-escalate the Turks," said Elizabeth Teoman, a Turkey researcher with the ISW.

The U.S military doesn't have any presence in Afrin, one of the officials said. But a Turkish operation there could have an impact on U.S. operations further east in Syria, he added. The U.S. worries that such an operation could prove to be a distraction from defeating the last vestiges of the Islamic State group, the officials said.

US officials said the Kurdish-led border force is nothing new and should not come as a surprise to the Turkish government.

As the offensive unfolded, the Russian bases in Syria came under unprecedented drone attacks, sparking tension between Moscow and Turkey amid accusations that such drones would have required assistance from a country possessing satellite navigation technology. Cafarella argues that Turkey's backing of a counter-government offensive "helped incentivize Russia" to accept the Afrin operation.

Syrian Kurdish official Ilham Ahmed said the Russians are "bargaining" with Turkey over Afrin in exchange for allowing the government to take Idlib. Russia would prefer handing over Idlib to the Syrian government, instead of Turkey-backed opposition fighters. What to do with al-Qaida-linked group remains a dilemma for all parties, and is a sticking point between the US and Turkey.

Last week, the government offensive in Idlib slowed down amid a counteroffensive from the rebel forces and bad weather. But the airstrikes continued and the number of the province's displaced resident has reached about 215,000 since mid-December.