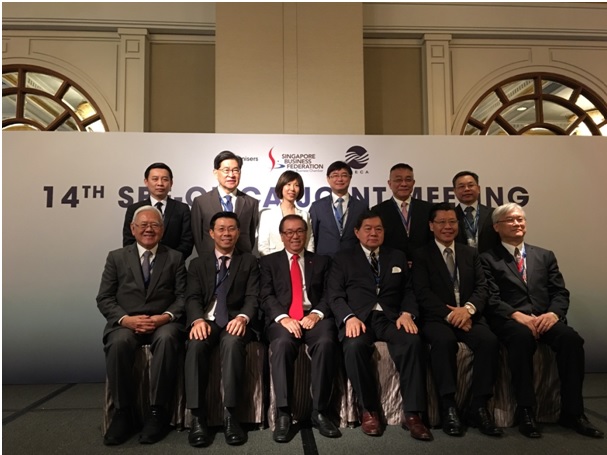 Several directors of Taichung city government bureaus and 34 members of the Industrial Development & Investment Promotion Committee of Taichung City (IDIPCTC) also joined the conference and the site visits. The number and level of participants as well as the scale of the corporations represented mark the highest degree of participation ever in the history of CIECA’s conferences with SBF. It demonstrates our business community’s eagerness to cooperate with the government’s “New Southbound Policy” and their substantial interest in expanding investments in Singapore and its market.

The conference was held at the Four Seasons Ballroom at the Four Seasons Hotel in Singapore on Jan. 19th. Chairman Douglas Tong Hsu and Chairman Peter Seah, DBS Group Holdings & DBS Bank jointly presided over the conference. Discussion during the conference focused on cooperation between the smart industries of both sides and the agenda included: “Smart Manufacturing”, “Smart City”, “Smart Logistics”, “Financial and Professional Services” and “Third Country Collaboration”. The conference allowed businessmen on both sides to understand their respective status of development and explore opportunities for business cooperation.