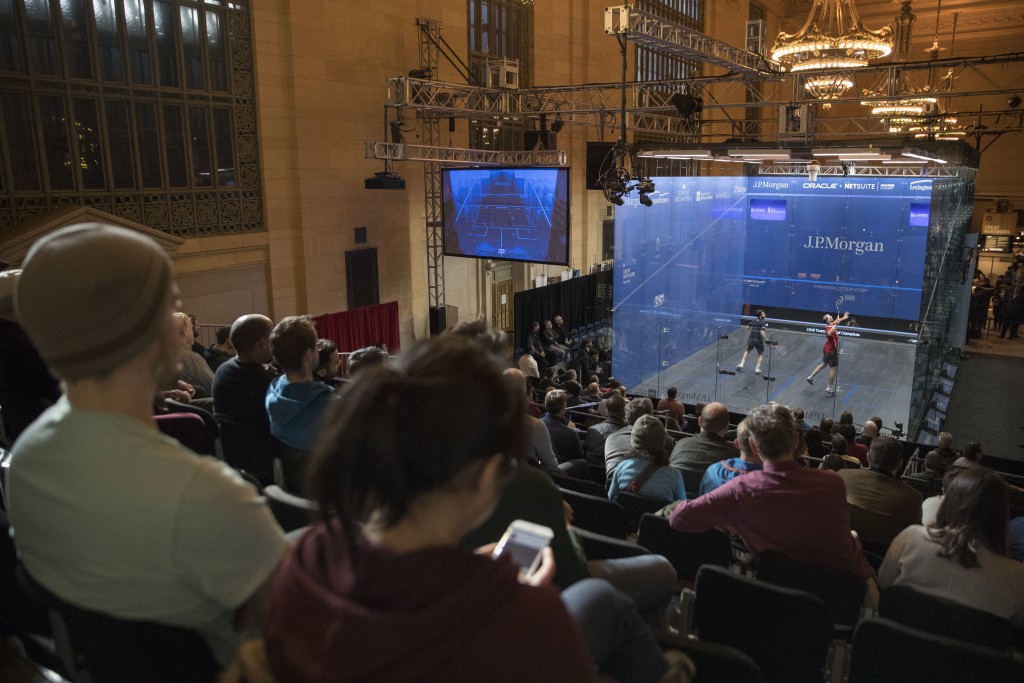 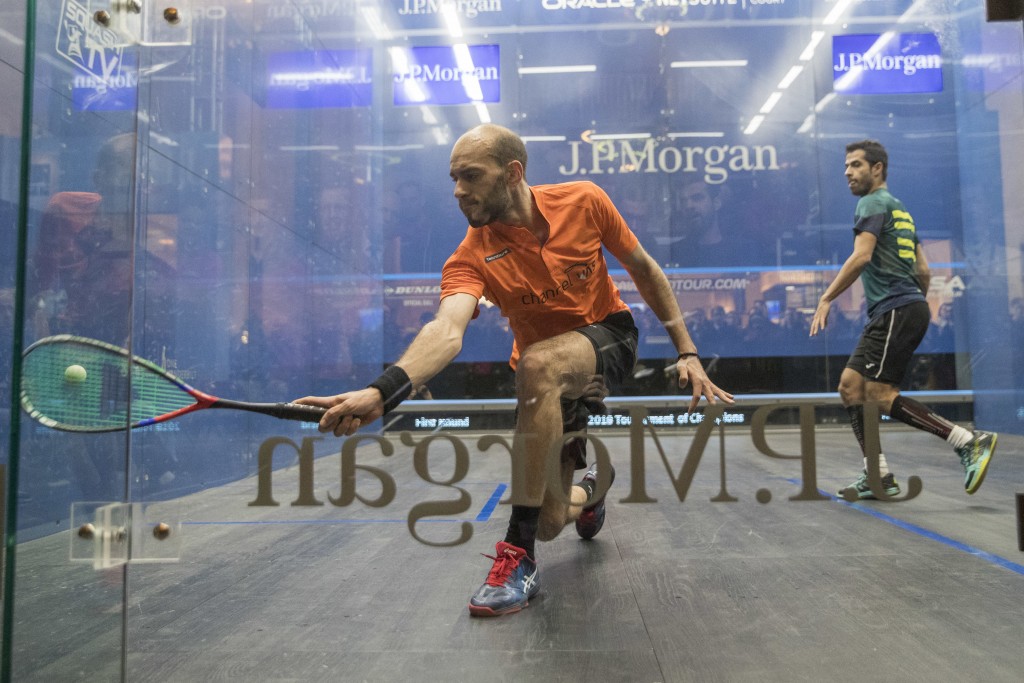 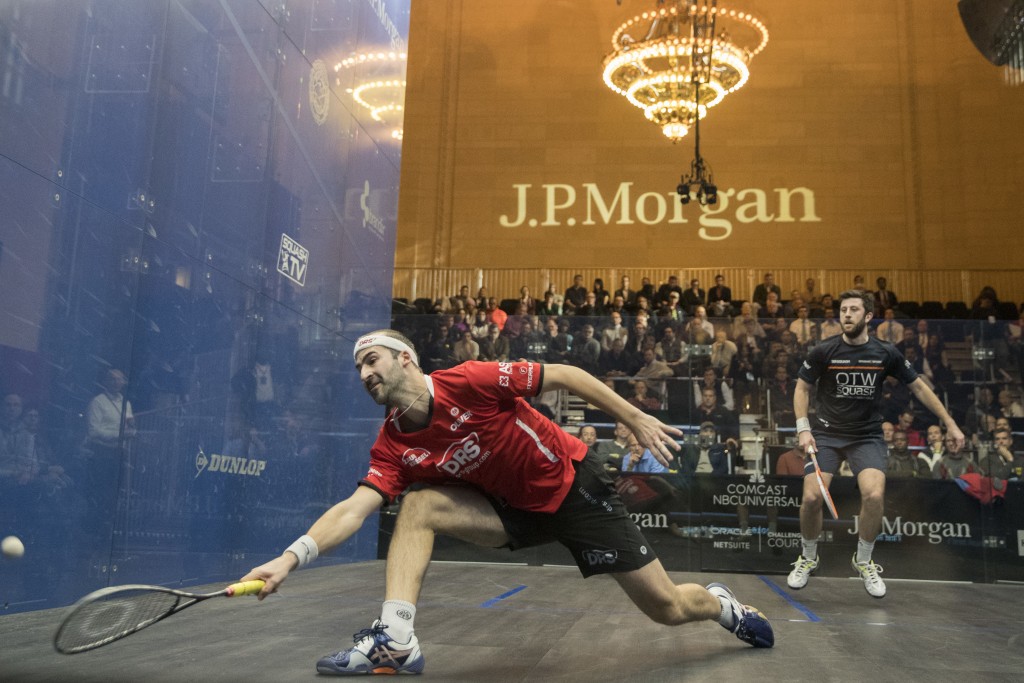 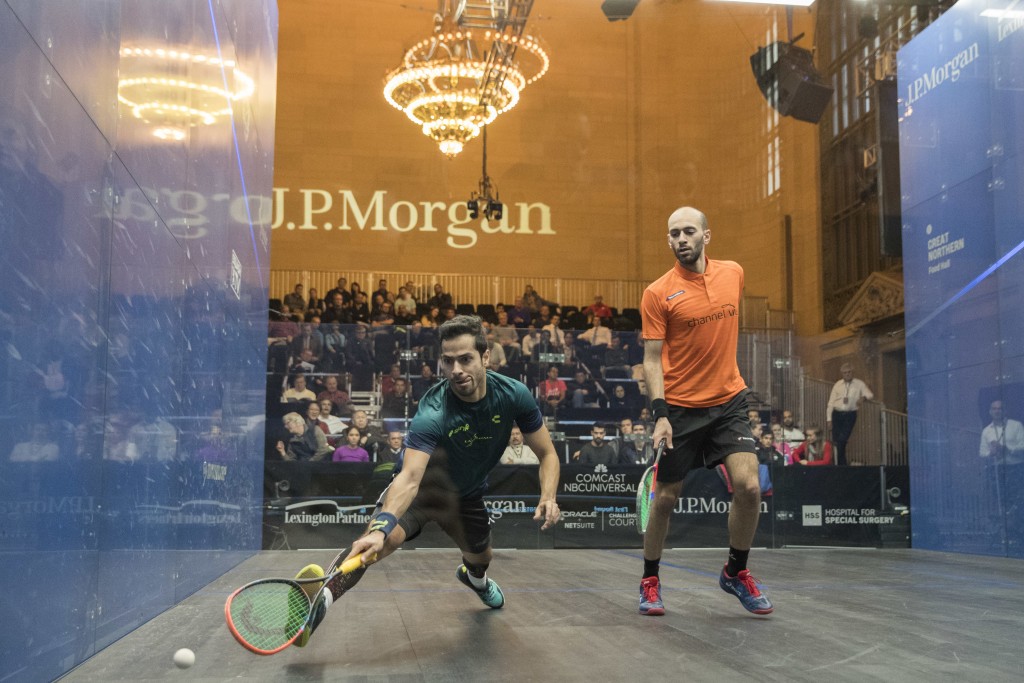 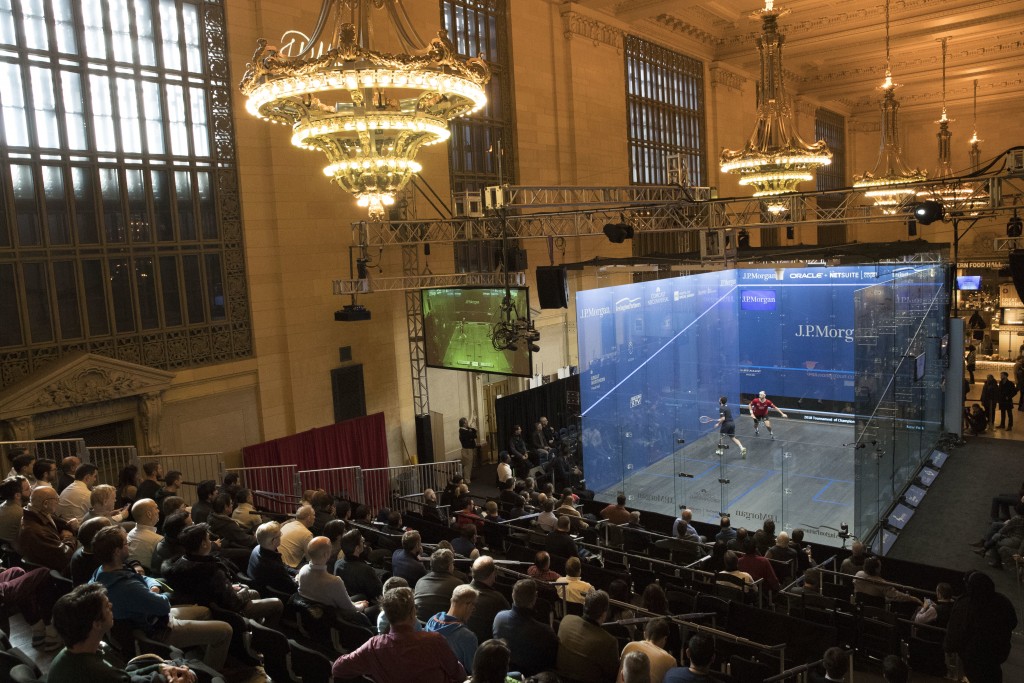 Stefanoni is the youngest player in tournament history. A high school freshman from Darien, Connecticut, she is "excited to be playing in the main draw against one of the top women in the world" in her first match Saturday night against No. 5 Nouran Gohar of Egypt.

"She is the one to watch for in the years to come," Sobhy said of Stefanoni.

The matches are played beneath the chandeliers of Grand Central in a glass squash court with seating for 500 and a standing-room area for commuters.

Sobhy, who went 62-0 in her college career at Harvard, was No. 6 in the world when she was injured and sidelined from the Professional Squash Association tour. The 24-year-old native of Sea Cliff, New York, faces a qualifier on Sunday night.

Top-ranked Nour El Sherbini of Egypt and defending champion Camille Serme of France return. Runner-up Sobhy will be joined by No. 13 Olivia Blatchford of Wilton, Connecticut.

On the men's side, No. 1 Gregory Gaultier of France and defending champion Karim Abdel Gawad of Egypt lead the field. The players represent 25 nations and six continents.

Gaultier is among those pushing to allow squash in the 2024 Paris Olympics.

"It's been a few years now we have struggled to be part of the Olympic family," he said. "Hopefully, it pays off in 2024."