TAIPEI (Taiwan News) – A total of 66 percent of workers do not understand the recent workweek reforms approved by the Legislative Yuan amid protests, according to a poll commissioned by the Taiwan Era think tank (台灣世代智庫).

Only 33.1 percent of respondents understood the contents of the latest version of the Labor Standards Act (勞基法) and 65.9 percent did not, but nevertheless 49.7 percent approved of the changes while 43.4 percent opposed them, the Apple Daily reported.

Most new measures, which amounted to a relaxation of restrictions imposed by workweek reform in 2016, won majority approval from the poll respondents.

The most divisive change was the conditional shortening of the rest period between work shifts from 11 hours to 8 hours, with supporters and opponents amounting to 45.7 percent each.

On the whole, 67.8 percent agreed that the latest amendments favored the demands for flexibility advocated by employers.

Lawmakers commenting on the poll results said the Ministry of Labor should reflect and seek ways of improving communications with laborers.

The poll was conducted by the Great Society Survey Center (大社會調查中心) on January 14-15 and received 1,405 valid responses with a margin of error of 2.61 percent, the Apple Daily reported. 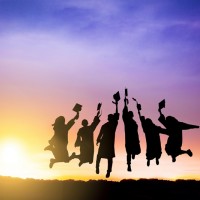