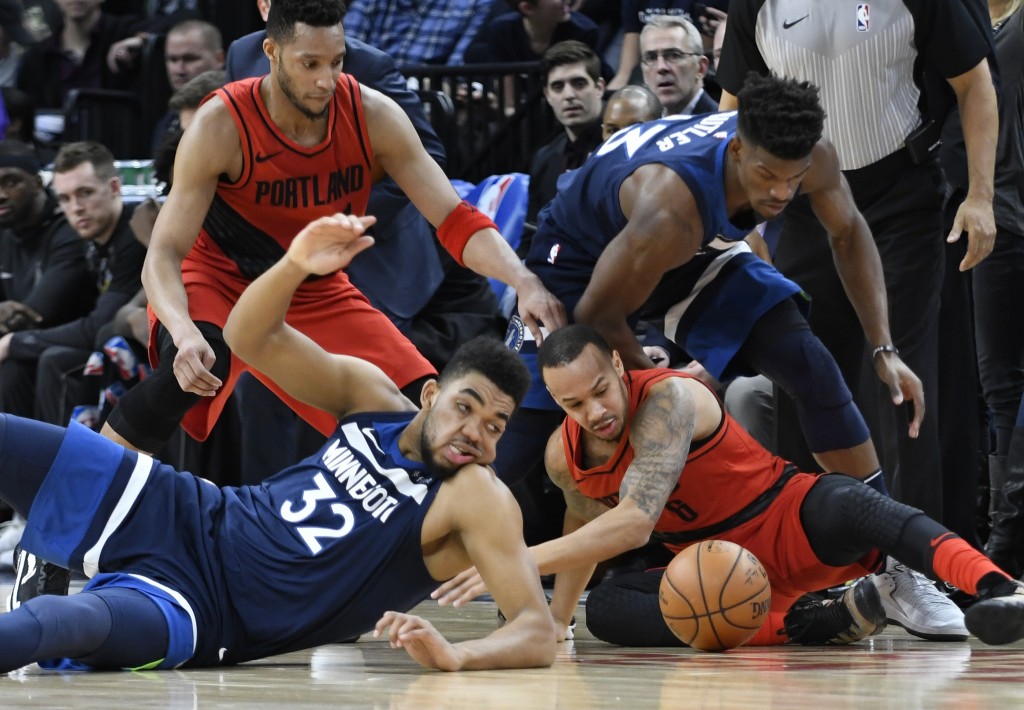 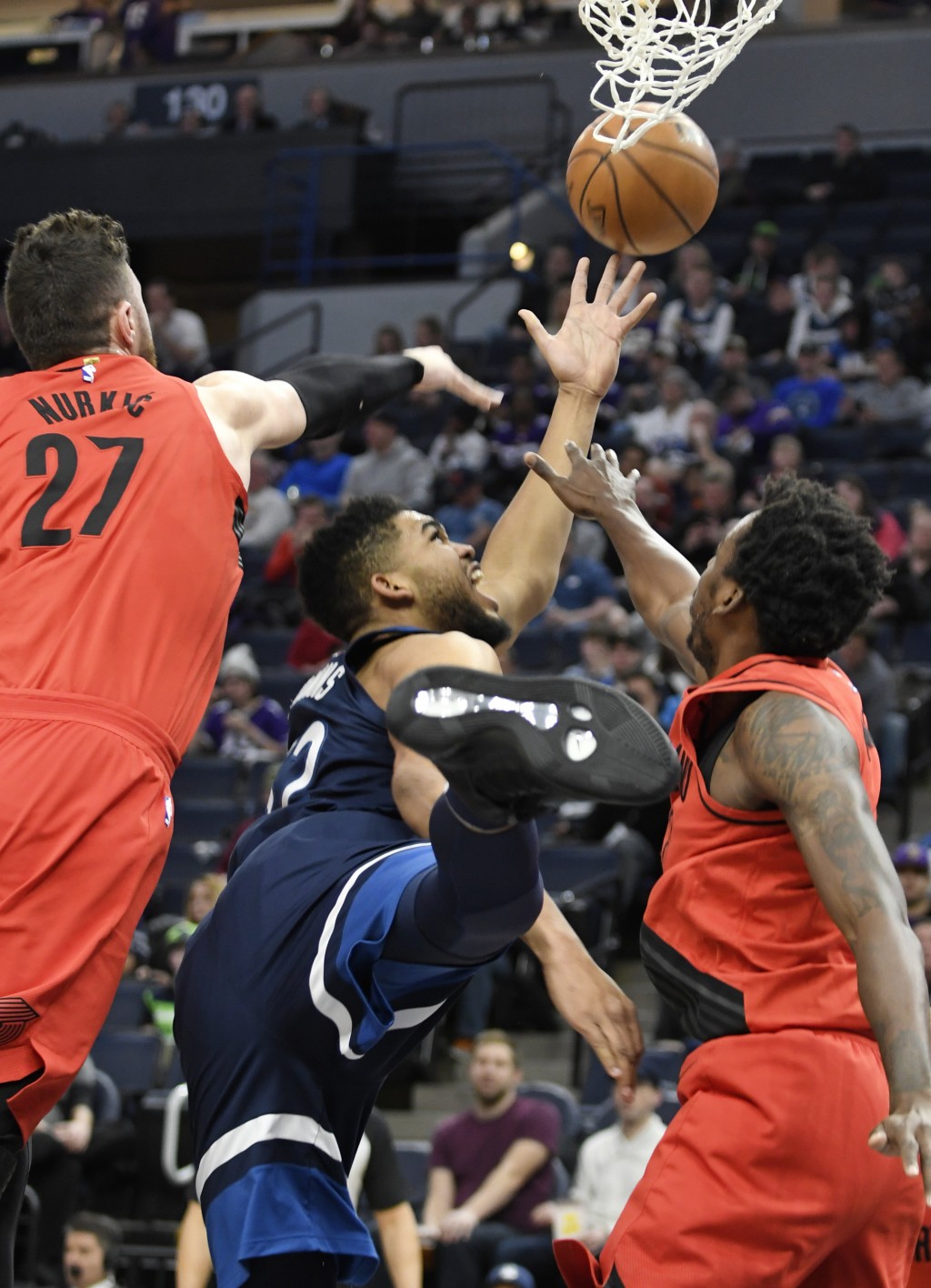 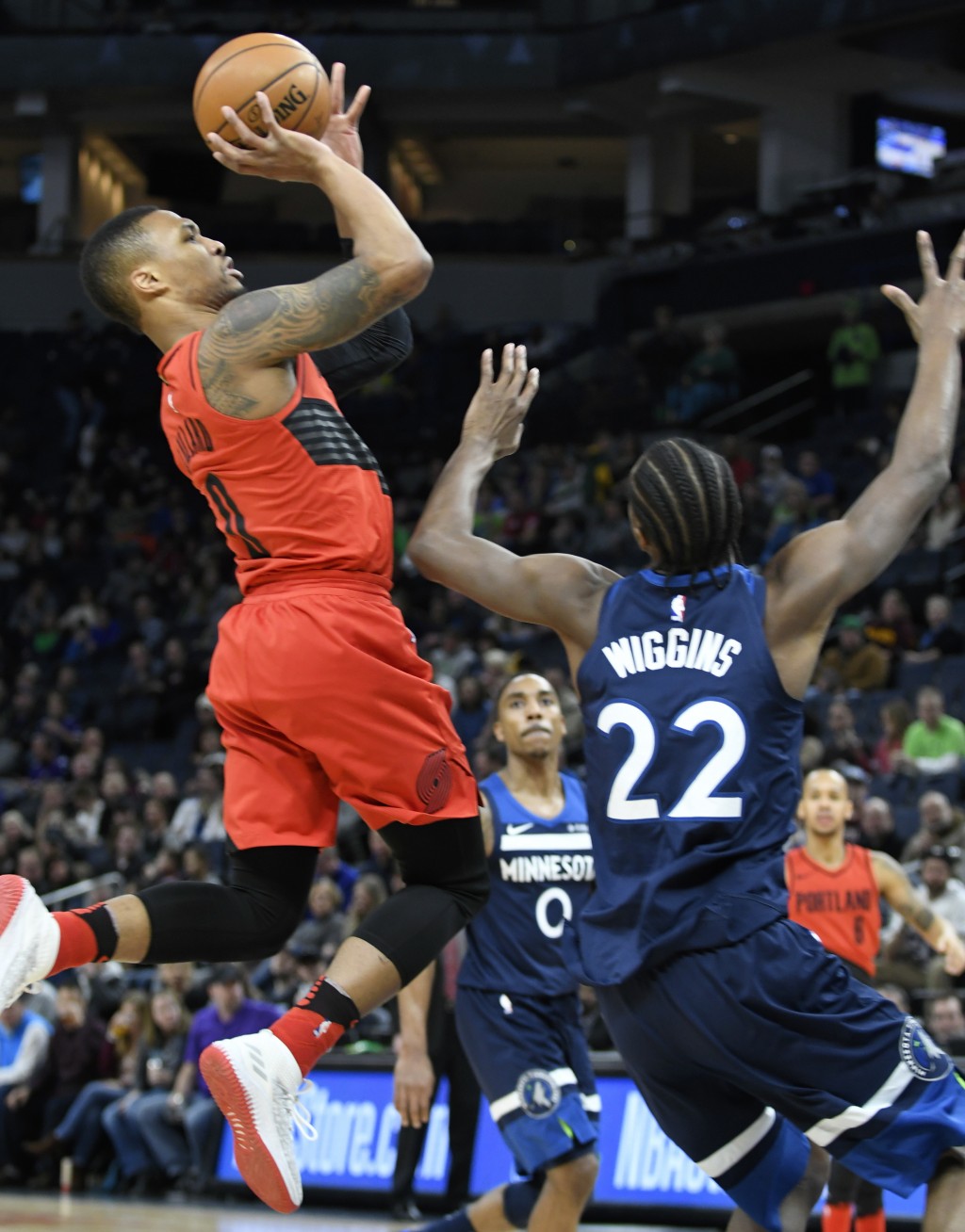 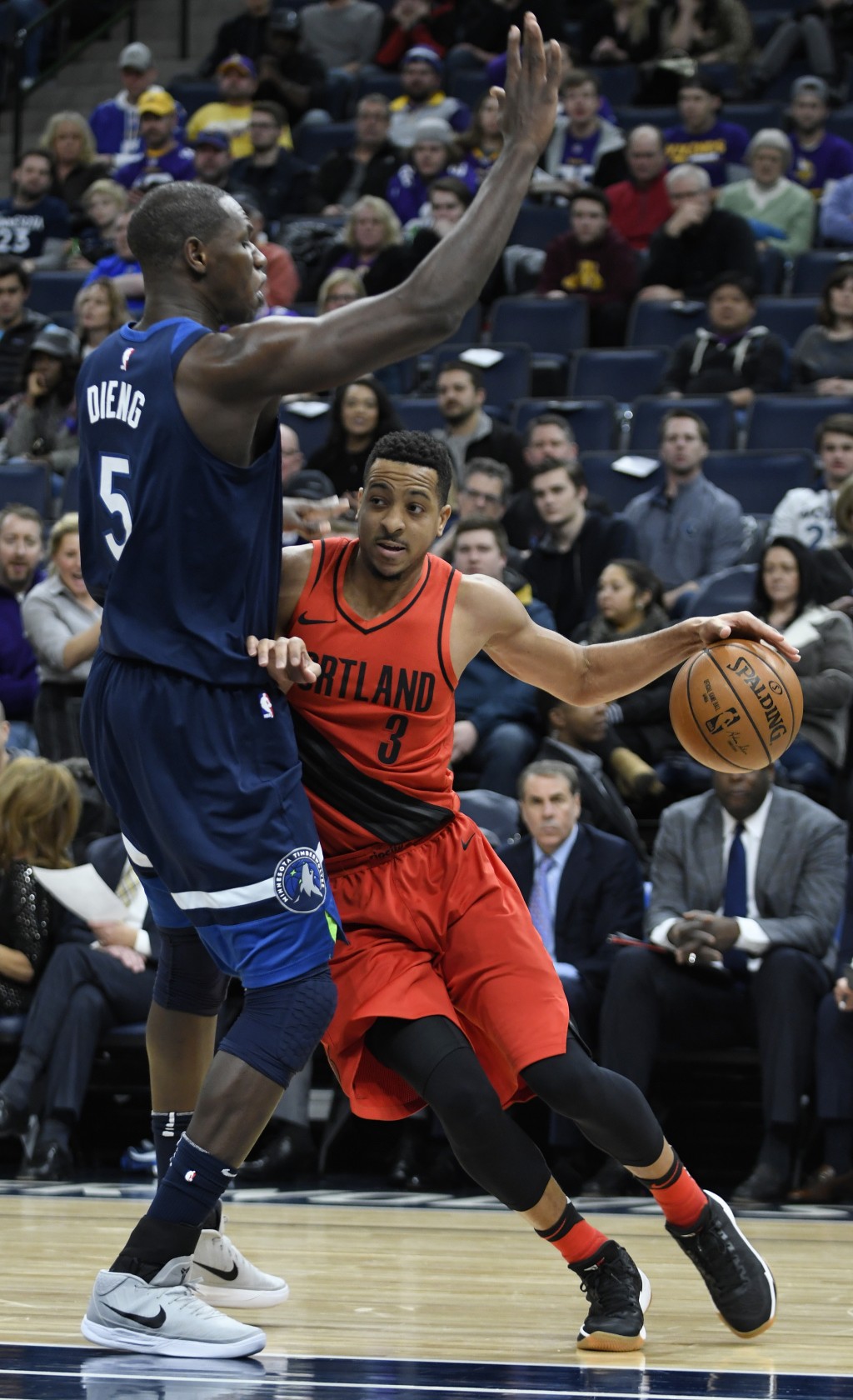 MINNEAPOLIS (AP) — Jimmy Butler scored 24 points, Jeff Teague added 22 and the Minnesota Timberwolves wrapped up a perfect homestand with a 120-103 victory over the Portland Trail Blazers on Sunday night.

Karl-Anthony Towns had 20 points and 11 rebounds for his NBA-leading 37th double-double of the season. The Wolves had their first 5-0 homestand since 2001, winning each game by double figures against the likes of New Orleans, Cleveland, Oklahoma City and New York.

They led by as many as 26 against Portland to send the Trail Blazers to their third loss in a row.

Damian Lillard scored 21 points, and C.J. McCollum and Pat Connaughton each had 18 for Portland. The Blazers had scored 110 points or more in seven straight game.

That streak was in jeopardy early thanks to the Blazers' paltry 10-point second quarter and 18 total turnovers.

Portland led by five early and ended the first quarter up 33-31. But the Blazers went cold in the second, shooting only 2 for 15 and scoring more points off six free throws in the quarter. The Wolves, meanwhile, put together a 14-0 run and steadily pulled away.

Trail Blazers: Portland's 10 points in the second quarter wasn't the Blazers' lowest output of the season — they scored only six against Toronto on Oct. 30. It was, however, the fewest points allows by Minnesota in any quarter at Target Center since Philadelphia scored nine in the second on Dec. 3, 2014. ... The Blazers reserves outscored Minnesota's 42-25.

Timberwolves: It's the third time in franchise history the Wolves have won five games on a homestand. ... Jamal Crawford had 10 points off the bench. ... There were plenty of purple Vikings jerseys in the crowd, which broke out into its loudest cheers of the first half when the final score of Minnesota's last-second playoff victory was flashed on the scoreboard. The crowd also broke out into a few impromptu "Skol!" chants. .

Timberwolves: At Orlando on Tuesday night.