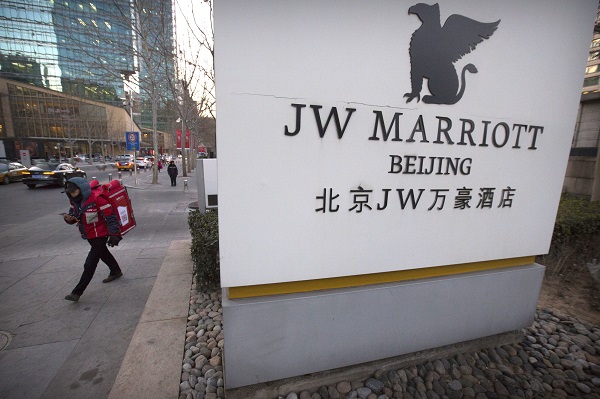 TAIPEI (Taiwan News) – After several multinational companies such as Marriott International and Zara were targeted by the Chinese media and netizens and forced to apologize for mentioning Taiwan, and Hong Kong, Macau, and Tibet as separate countries in their websites or emails, dozens more have also been marked for the same reason.

The hotel chain Marriott International was the first victim in the Chinese witch hunt for sending emails asking members of its loyalty scheme to choose which country they lived in, with Taiwan and Tibet being part of the available options.

The Chinese authorities made a huge fuss about this incident by launching an investigation and even ordering the shutting down of the hotel's Chinese website and app for one week.

The hotel has so far issued three apologies, one of which is an open letter from the hotel’s Chief Executive Officer Arne Sorenson.

However, the incident is far from being ended. Three luxury brands, namely Bvlgari, Chanel, and Van Cleef & Arpels, were likewise targeted by the Chinese media on Friday evening, along with 24 airline companies on Saturday morning for listing or suggesting Taiwan and Hong Kong as countries in their website, according to Central News Agency.

Taiwan’s Mainland Affairs Council issued a statement on Friday evening, saying that Taiwan as a sovereign country with democracy, freedom, and jurisdiction abiding by human rights is internationally recognized.

Neither one-sided discourses nor approaches from Beijing would alter the fact, added the MAC.

In addition, the Ministry of Foreign Affairs said the Chinese handling of the incident was “rude”, reported the Liberty Times.

The MOFA said it was paying close attention to the incident and would have officials in overseas offices contacting targeted enterprises.

On the other hand, Lu Kang (陸慷), spokesperson for China’s Ministry of Foreign Affairs, claimed at a news conference that Beijing welcomed foreign investment and businesses in China, but they had to respect the completeness of the country’s territory and sovereignty.