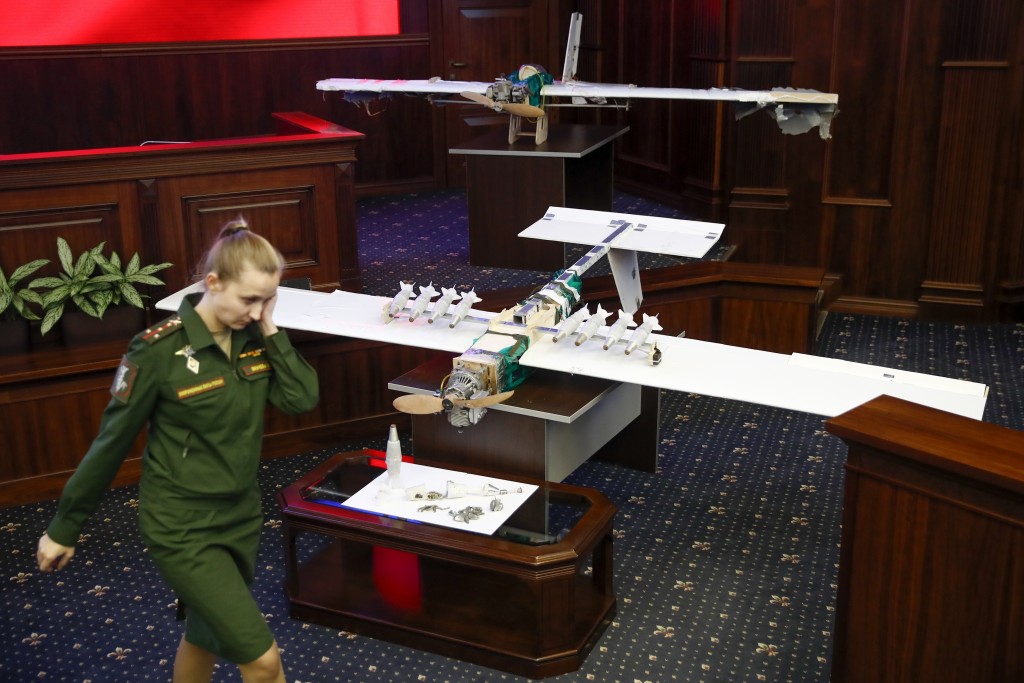 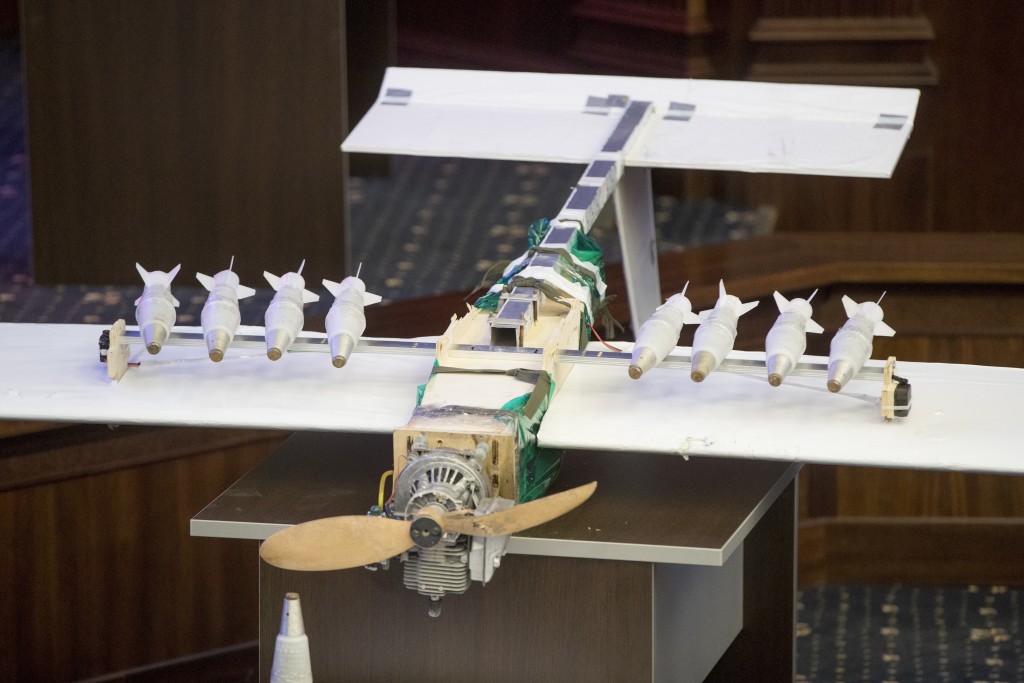 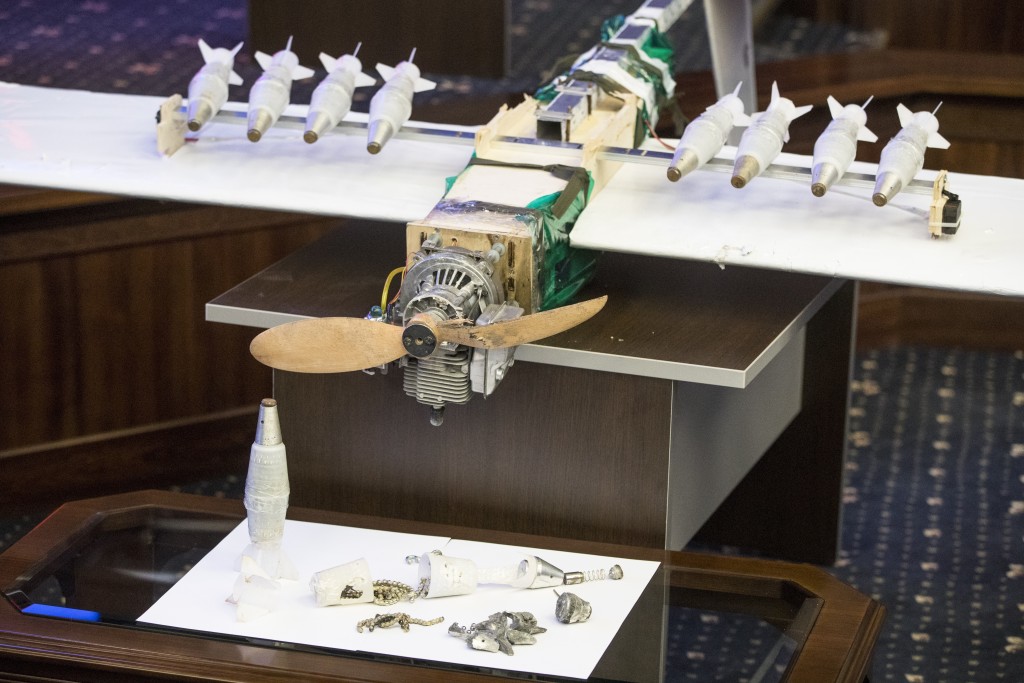 MOSCOW (AP) — Russia's military has displayed drones that it says were captured following an attack on a Russian air base in Syria.

Defense officials said 13 drones were involved during Saturday's raid. They said seven of the drones were downed by air defense systems and the remaining six were forced to land.

The Russian Defense Ministry presented some drones at a Moscow briefing on Friday.

Novikov didn't blame a specific country, but the Defense Ministry has referred to the "strange coincidence" of a U.S. military intelligence plane allegedly flying over the Mediterranean when the attack took place.

The Pentagon strongly denied any involvement.