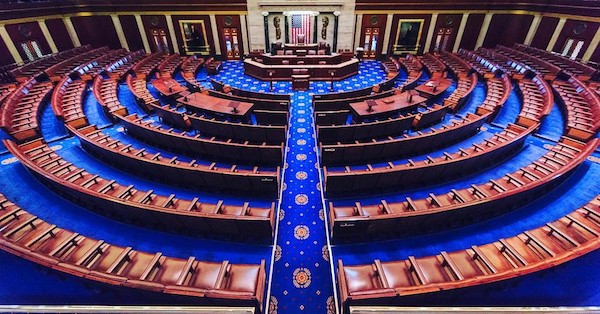 TAIPEI (Taiwan New) — China’s Ministry of Foreign Affairs filed a protestation on Thursday against the passing of two bills by the U.S. House of Representatives that would pave the way for American and Taiwanese officials at all levels to visit each other respectively in Taiwan and the U.S.

The two bills passed on January 10 are the Taiwan Travel Act (H.R. 535) and the H.R. 3320 legislation. Nevertheless, the bills have to be passed in the Senate and signed by President Donald Trump in order to become law.

Lu Kang (陸慷), spokesperson for China’s Ministry of Foreign Affairs, commented on the two bills intended to strengthen the Taiwan-U.S. relations by saying that the bills, if passed and enacted, would seriously violate the 'One-China' principle and the Three Communiqués agreed upon by the Chinese and U.S. government, reported Apple Daily.

Beijing urged the U.S. not to have any form of official contact and interactions with Taiwan, said Lu, adding that neither should the U.S. make and wrongful gesture in favor of Taiwan independence.

Andrew Lee (李憲章), spokesperson for Taiwan’s Ministry of Foreign Affairs, said on Thursday morning that he was not surprised by the reaction of the Chinese government, but Taiwan would continue building strong and amicable ties with like-minded countries in spite of interference from other countries.

Chiu Chui-cheng (邱垂正), deputy minister and spokesperson for the Mainland Affairs Council, said as a sovereign country, Taiwan had any right to develop official or unofficial relations as well as reinforce exchanges with other countries.

Chiu added that the continuous intimidating discourse issued by Beijing could only lead to opposition between people of the two countries.

In addition to the Taiwan Travel Act, the other bill, code-named the H.R. 3320, is designed to ‘to direct the Secretary of State to develop a strategy to regain observer status for Taiwan in the World Health Organization, and for other purposes,' according to the U.S. Foreign Affairs Committee.