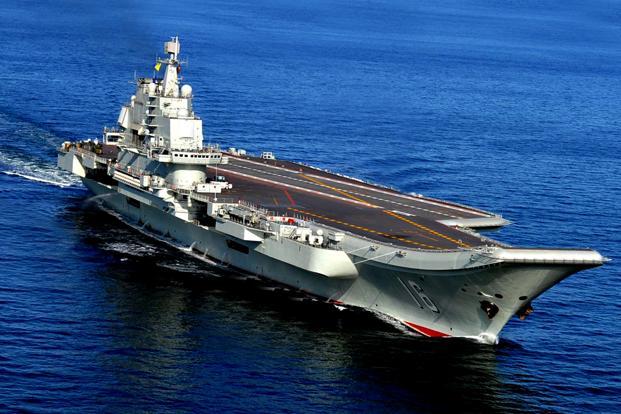 TAIPEI (Taiwan News) – China’s only aircraft carrier, the Liaoning, was passing through the Taiwan Strait heading south Friday, and would leave Taiwan’s Air Defense Identification Zone (ADIZ) around 9 p.m., according to the Ministry of National Defense.

Over the past few months, China has repeatedly sent military aircraft and ships to pass close to Taiwan, eliciting concern about preparations for an eventual future attack against the island.

The last time the Liaoning moved in the vicinity was last July when it visited Hong Kong for the 20th anniversary of Chinese rule over the former British colony.

On Friday, the ship moved south while staying to the west of the median line dividing the Taiwan Strait in a Chinese and a Taiwanese area. It was accompanied by several other navy vessels, according to a Central News Agency report.

The latest passage follows China’s unilateral decision to allow civilian flights to use a new route, dubbed M503, close to the Taiwan Strait median line, in both directions, with three feeder routes having planes fly between M503 and cities on the Chinese coast.