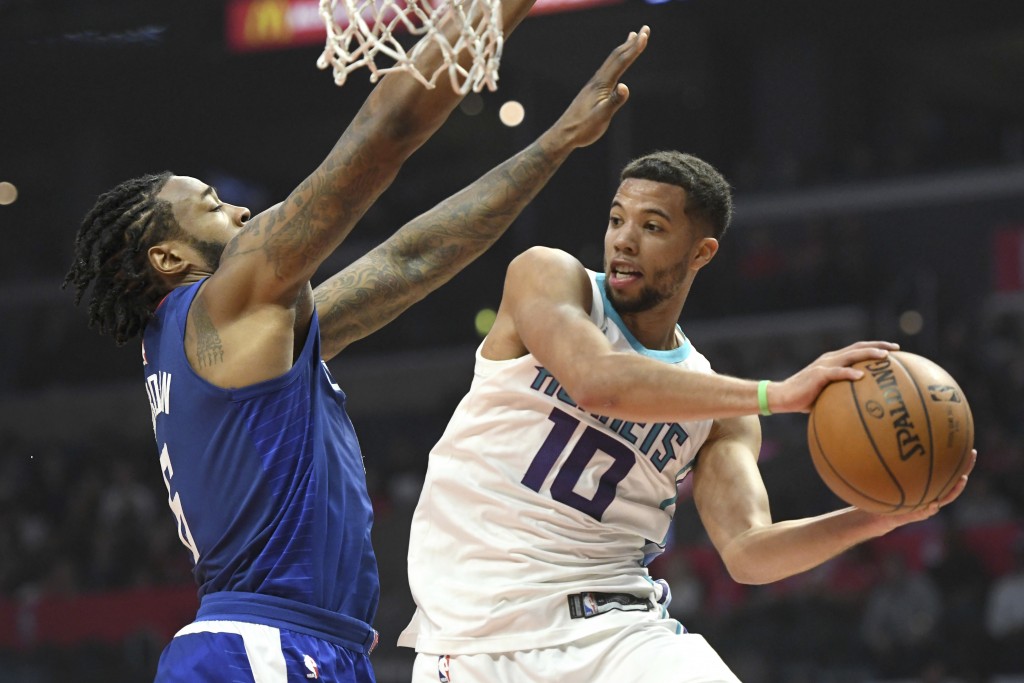 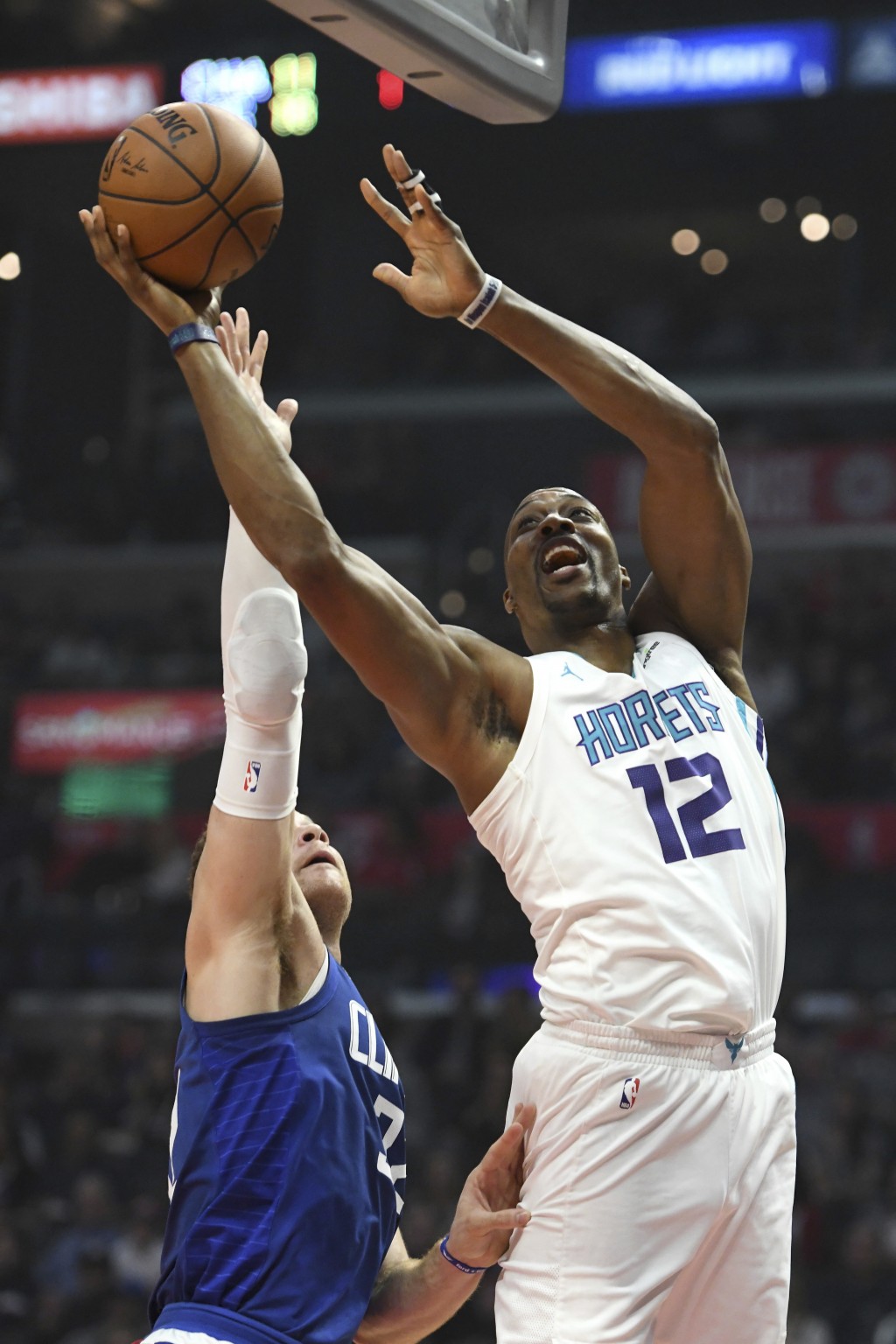 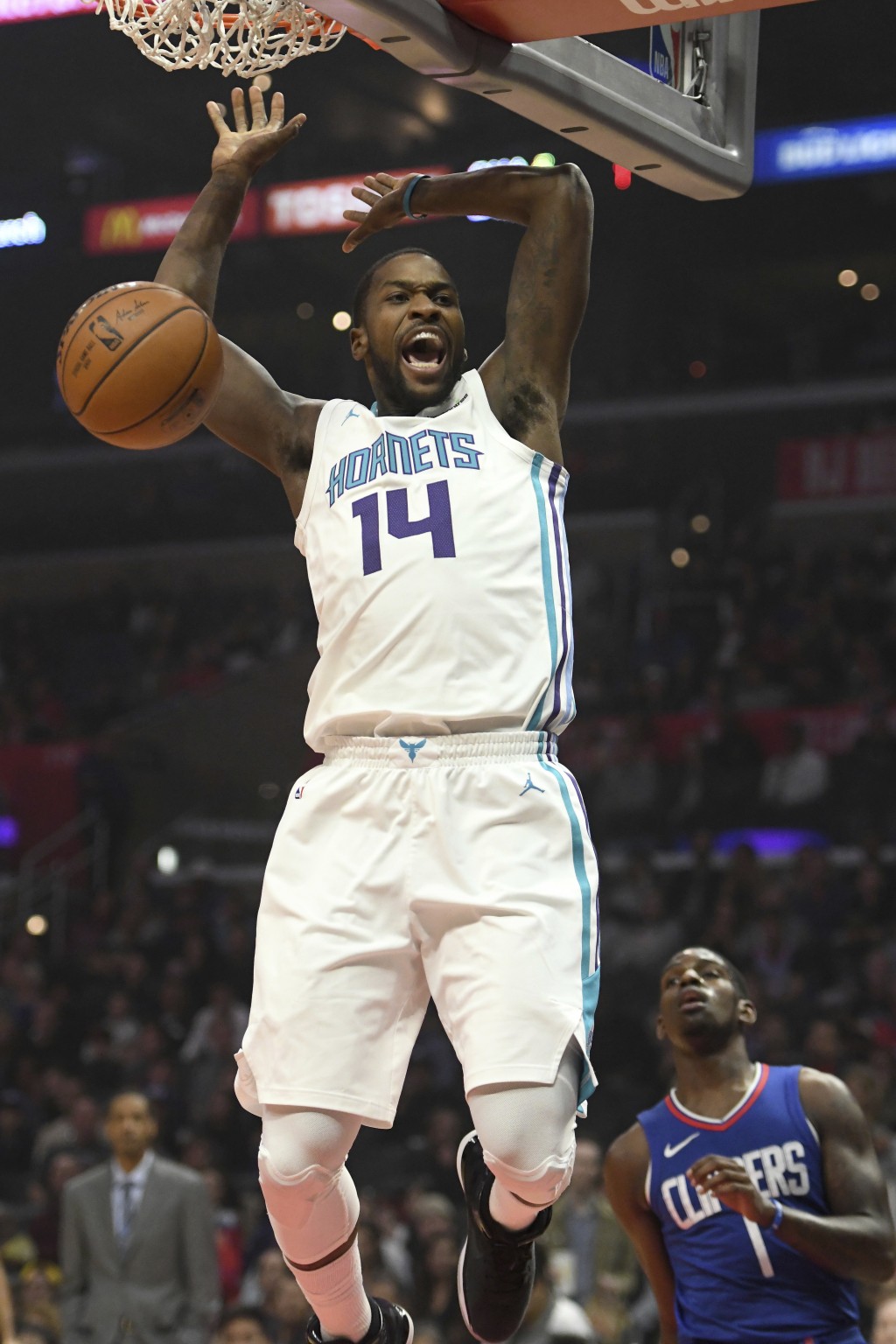 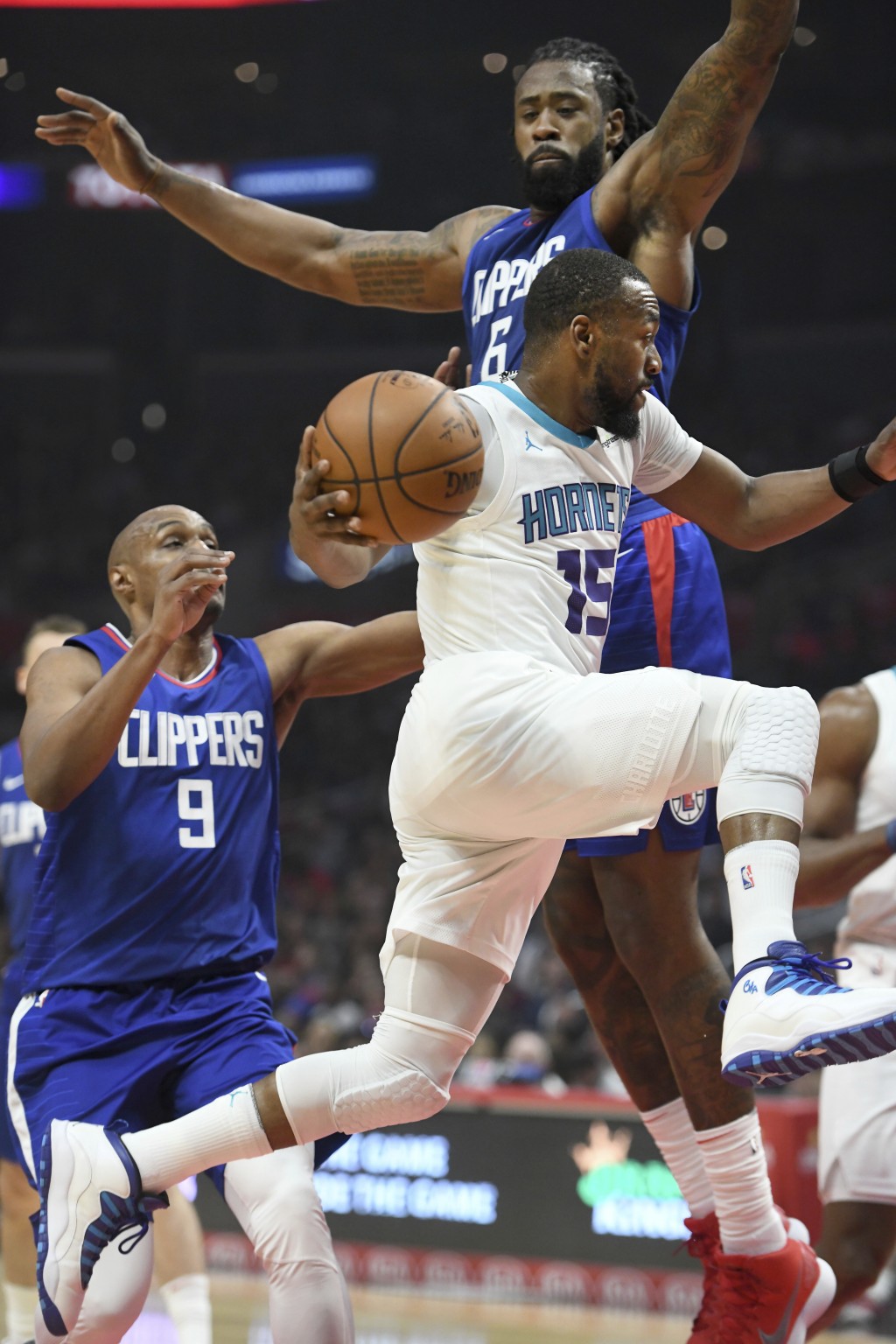 In an offensive struggle for both teams, the Clippers outshot the Hornets 47 percent to 39 percent to win for the fifth time in six games.

DeAndre Jordan grabbed 15 rebounds and went 6 for 6 from the foul line to help the Clippers win their fifth in a row at home.

Kemba Walker scored 30 points, and Frank Kaminsky added 16 for Charlotte. The Hornets fell to 3-13 on the road.

Dwight Howard had 10 rebounds for Charlotte, but was 1 for 9 from the field and had only four points.

The Clippers led 100-92 before Walker made back-to-back 3-pointers to pull Charlotte ton 102-98 with 49 seconds left. Griffin made two free throws with 43 seconds remaining, and Nicolas Batum missed a 3-pointer.

Williams clinched the victory with a driving layup for the final margin.

Down by 14 points in the second quarter, the Clippers regained control by outscoring Charlotte 27-9, taking a 69-61 lead on a driving layup by Juwan Evans with 1:30 left in the third quarter. Griffin scored 12 points during the stretch.

RIVERS ON THE MEND

Austin Rivers, who left Friday night's game against the Lakers on crutches, sat out against the Hornets with a sore right Achilles tendon. Results of an MRI taken Saturday revealed no soft tissue injury or structural damage. Coach Doc Rivers said Austin "could play" in the Clippers' next game Tuesday night against Memphis.

"He's good," Doc Rivers said about son Austin. "When you hear the word 'Achilles' you never think anything positive, especially the way it looked. I thought (the injury) scared him, and that probably scared us."

The Hornets went against the Clippers coming off their best performance of the season, a surprise 111-100 road victory two nights earlier over the Golden State Warriors, only their third road victory of the season.

"We talked about the fact it was Golden State. They're the best team, and it's easy to get up for them," said Hornets Coach Steve Clifford. "But we have to be in that mindset every game, especially in the position we're in. Not just having a Golden State attitude, we're looking to have an attitude about the way we play on the road."

Hornets: With the second unit leading the way, Charlotte outscored the Clippers 28-7 over the first 10 minutes of the second quarter, turning a 29-22 first-quarter deficit into a 50-36 lead on Walker's 15-footer with 1:56 left in the half. 42 halftime lead. The Hornets held the Clippers to 2-of-15 from the field during the stretch.

Clippers: After a dismal second quarter, the Clippers got back in the game by holding Charlotte to a single field goal over the first 6:18 of the third quarter, and continuing on a 27-9 run for a 69-61 lead. Their offensive highlight came with 6:40 left in the third quarter when Blake Griffin broke free for a driving, right-handed dunk that brought the crowd to its feet.

Hornets: At Sacramento on Tuesday night.