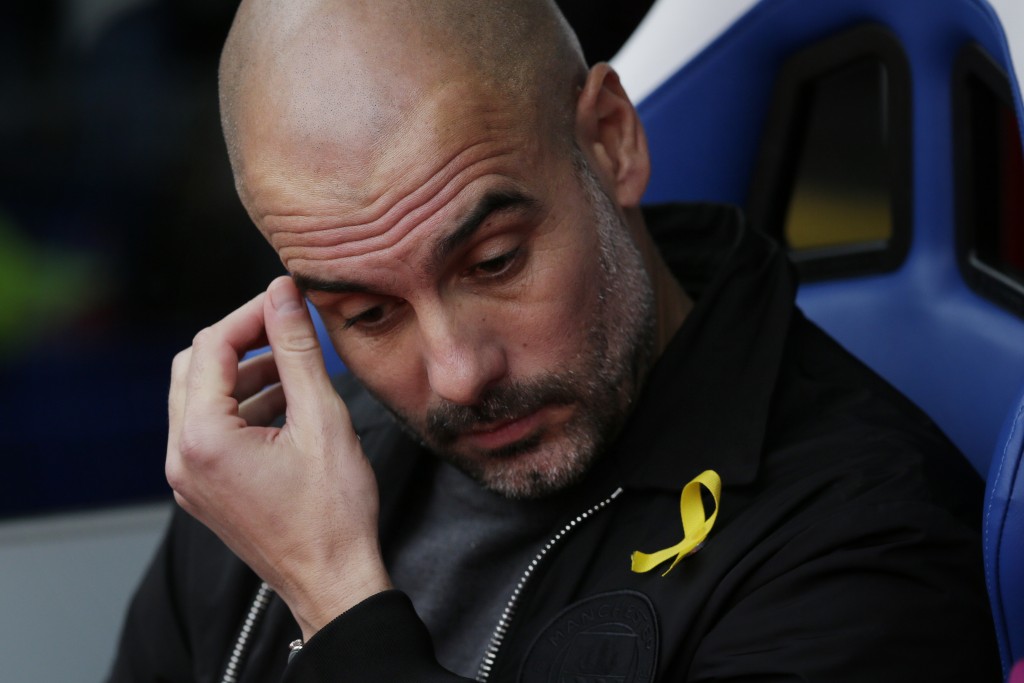 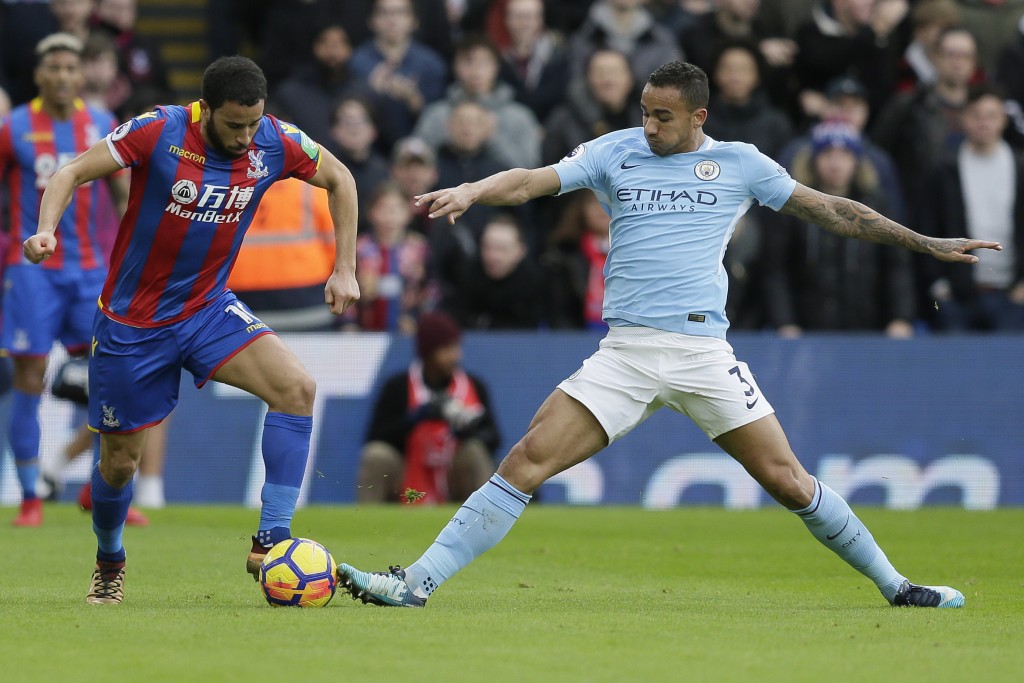 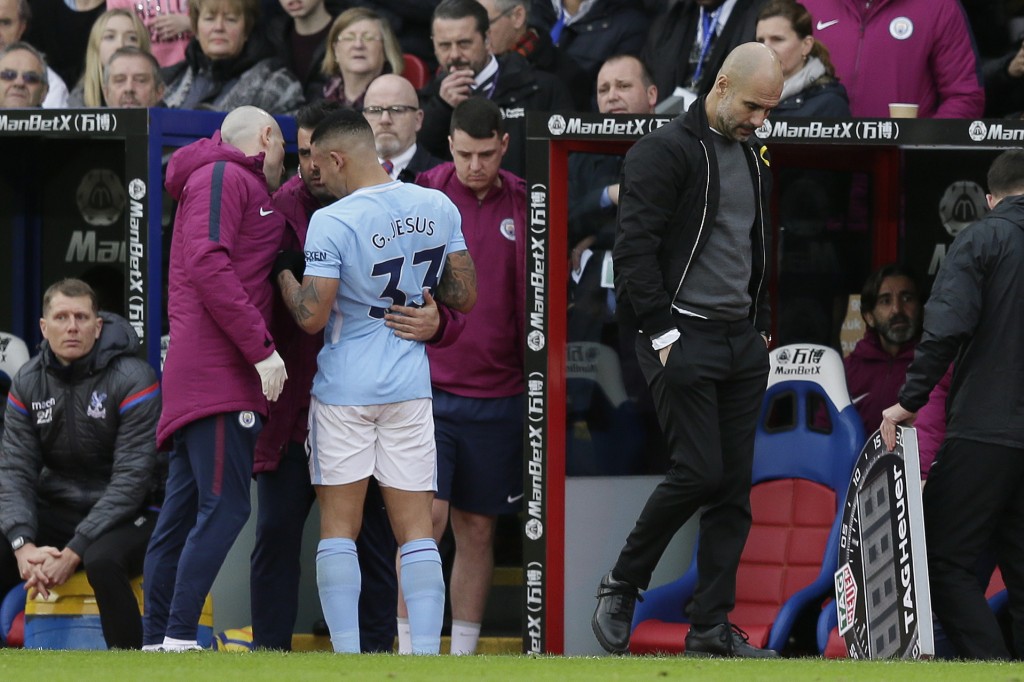 It needed a penalty save from Ederson Moraes off Luka Milivojevic in injury time to preserve City's unbeaten run after 21 games.

More concerning for Pep Guardiola's side, Gabriel Jesus limped off in tears with a leg injury midway through the first half and Kevin De Bruyne was carried off on a stretcher in injury time, moments after the penalty save.

City failed to score in a league game for the first time this season as Palace showed no inferiority complex.

The closest City came to scoring was a deflected shot by substitute Sergio Aguero that struck the post in the first half.

This was the first time City dropped points since a 1-1 draw at home to Everton on Aug. 21. The four-month winning run started five days later with a win at Bournemouth.

A 19th straight victory would have matched the record winning run in Europe's top five leagues, set by Guardiola's Bayern Munich in the 2013-14 season. It also would have set a Premier League record of 12 straight away wins.

The injury to Jesus looked serious, with the Brazil striker in tears as he hobbled off after falling awkwardly while chasing back.

De Bruyne was hurt by a foul from Jason Puncheon as City launched a late counterattack.

There was a lack of flow to City's play for much of the match, with De Bruyne's passing unusually sloppy and Palace sometimes hurting the visitors with their direct style.