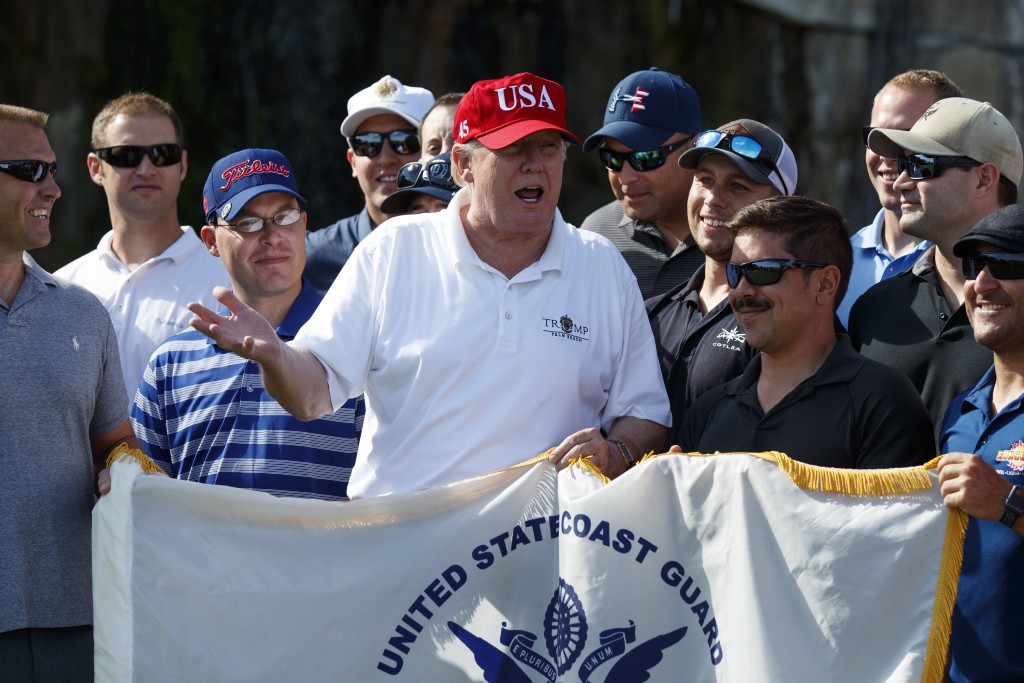 Trump is spending the holidays at his private club in Palm Beach.

He's been playing golf at one of his nearby golf courses, and on Friday invited about 60 members of the Coast Guard to join him.